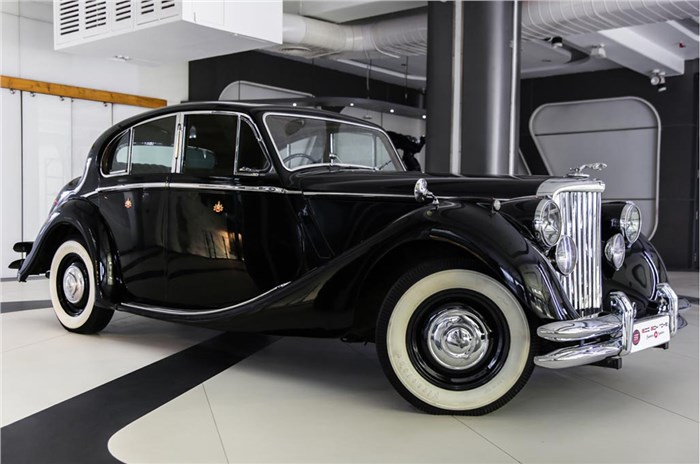 Pre-owned luxury car retailer, Big Boy Toyz (BBT), organised an online auction of vintage and classic cars in the country. The e-auction kick-started on December 19, 2021, and came to an end with the results being announced on January 8, 2022. Big Boy Toyz curated a collection of 19 cars that included vintage models from brands like Rolls-Royce, Bentley, Cadillac, Austin, among others.

BBT pre-owned vintage car auction: what is it?

Big Boy Toyz says that the inaugural edition of the online auction saw good participation from bidders, as the company has already sold 50 percent of the vintage vehicles that were up for grabs.

One of the highlights was a 1960 Volkswagen Beetle, bidding of which started from Re 1 and was sold at Rs 25 lakh to entrepreneur Sahil Arora. The online auction also saw participation from celebrities such as MS Dhoni who took home a Land Rover Series 3.

And while the auction was an online-only event, the cars were put up on display at BBT’s flagship showroom in Gurugram, where interested bidders could check them out in the flesh. Conversely, bidders could also engage in a virtual 360-degree experience of the cars on the company’s website.

BBT pre-owned vintage car auction: how does it work?

Bidders had a choice of two plans – an Enthusiasts plan with deposit of Rs 1 lakh that allowed bidders to bid for two cars with a maximum valuation of Rs 50 lakh each; and a Collectors plan with a deposit of Rs 2 lakh for a maximum bid on four cars, but no maximum limit on the price of each car.

It’s interesting to note that even though the bidding for the 1960 Beetle started from Re 1, the deposit money was still applicable on it as BBT wanted to filter out genuine bidders for the Beetle as well as for the auction. The final bidding price would have been later adjusted with the deposit amount. Similarly, bidders were capped on the maximum number of cars they could bid on or on their maximum valuation to filter out frivolous bids and only keep the serious ones. If, however, any bidder failed to successfully place a bid on car, the deposit amount was fully refunded to the bidder.

BBT claims that the venture into classic and vintage cars has brought many first-time buyers to the company, as there was no organised platform for vintage car enthusiasts to buy and sell such cars prior to this. The company plans to be back with the second iteration of the auction by the end of February and then follow the same every two months.

Jatin Ahuja, founder and CEO, Big Boy Toyz, said, “We have always worked towards being a marketplace for people who thrive for these luxury cars and didn’t have a place to go.”

Would you be interested in buying a classic or a vintage car at an online auction event? Let us know in the comments below.