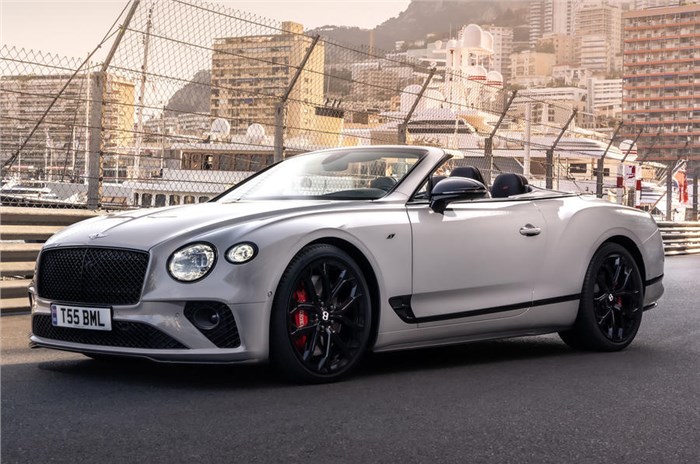 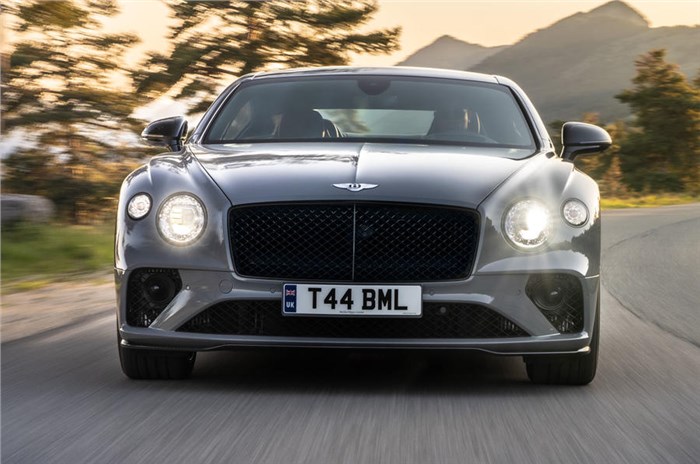 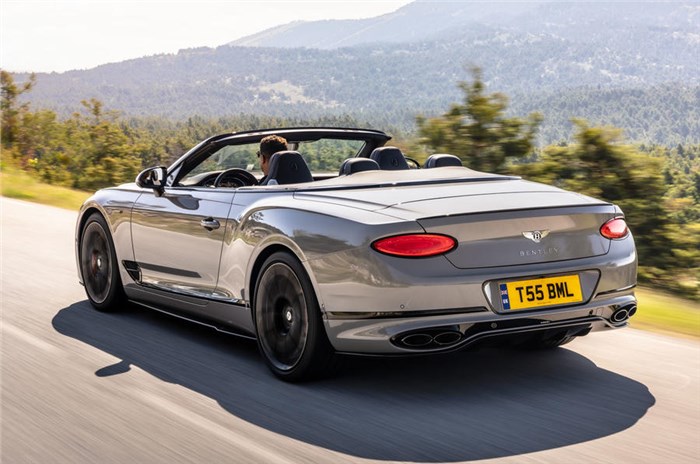 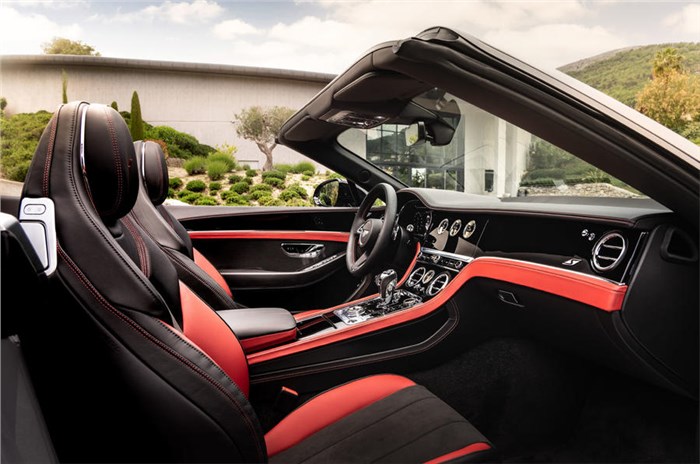 As with the similarly conceived Bentley Bentayga S that was launched last year, the new variant is available exclusively with the firm's 549hp, 4.0-litre twin-turbocharged V8, dispatching the 0-100kph sprint time in 4.0 seconds and topping out at around 320kph.

The engine, chosen for the lightness it affords over the top-rung V12, now breathes through a new sports exhaust system designed to "amplify the cross plane V8 beat".

And, in line with the S model's dynamic billing, it comes equipped with a 48V electric anti-roll control system capable of generating up to 1,295Nm of torque in as little as 0.3 seconds.

Bentley claims that this system, which uses motors inside the anti-roll bars to compensate for lateral movement in cornering, can also improve ride comfort at a cruise by disconnecting the left- and right-hand-side wheels from each other.

Like its Bentayga sibling, the new Continental variant is marked out from the more luxury-focused models in the line-up by its black grille, wheels, exterior trim, exhaust tips and wing mirrors. The lights at both ends have tinted lenses, meanwhile, and the brake calipers stand out with bright red paint.

Inside, the sporting intent of the S is highlighted by its Dinamica-trimmed steering wheel, seats and gearstick, while the gauge cluster displays the same performance-themed graphics as the top-rung, W12-powered Bentley Continental GT Speed.

Bentley has yet to confirm pricing for the S, but expect it to command a sizeable premium over the standard GT V8, which starts at around Rs 4.12 crore (on-road, Delhi).

Bentley currently sells the Bentayga SUV, the Continental GT grand tourer and the Flying Spur luxury sedan. Bentley has also been improving its sales figures each year. The manufacturer sold a record number of cars in 2020, only to surpass it by over 31 percent in 2021. The Bentayga had a lion's share of the total sales.

What are your thoughts on this bespoke Continental GT? Let us know in the comments.