Looking to buy an automatic car? Here are all your options for under Rs 10 lakh. 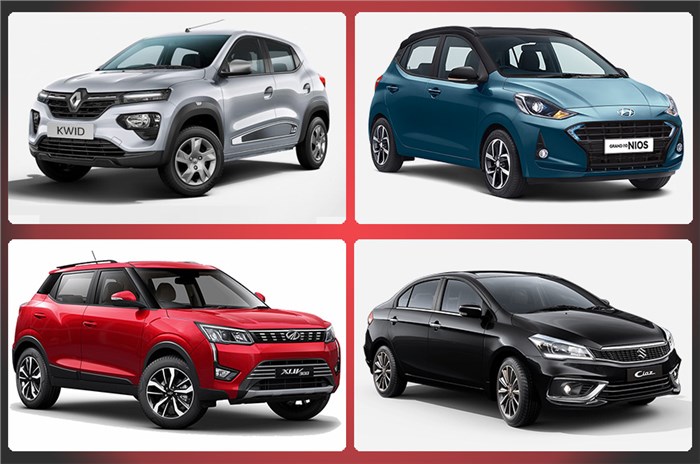 Demand for automatic cars is on the rise, and the reason for that is our ever-worsening traffic. To cater to this demand, carmakers have rolled out automatic options across price points and body styles.

Read on to find the model that suits your budget and needs. 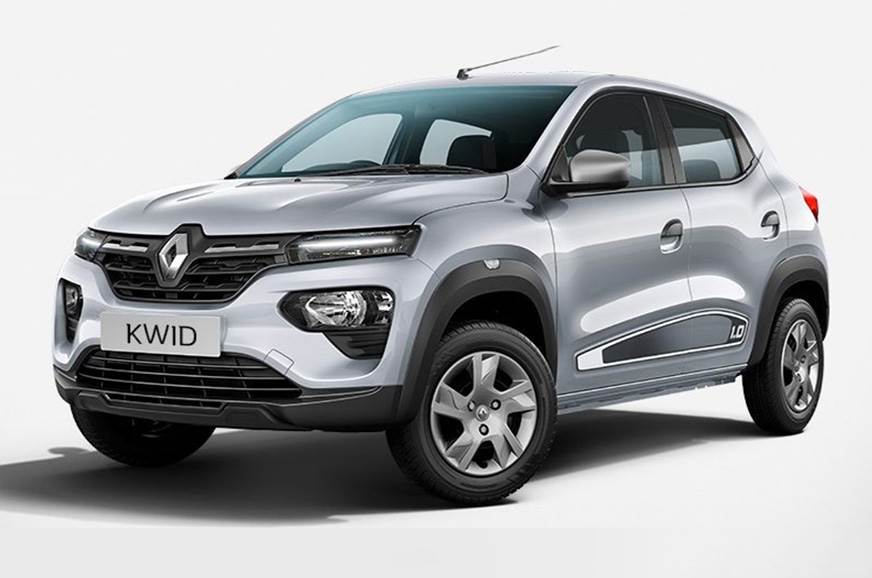 Renault’s smallest model in India is available with two petrol options, though it’s the larger 1.0-litre unit that gets the AMT gearbox. Nice to look at, decently frugal, practical for the city and high on equipment, the Renault Kwid is a worthy budget hatchback. 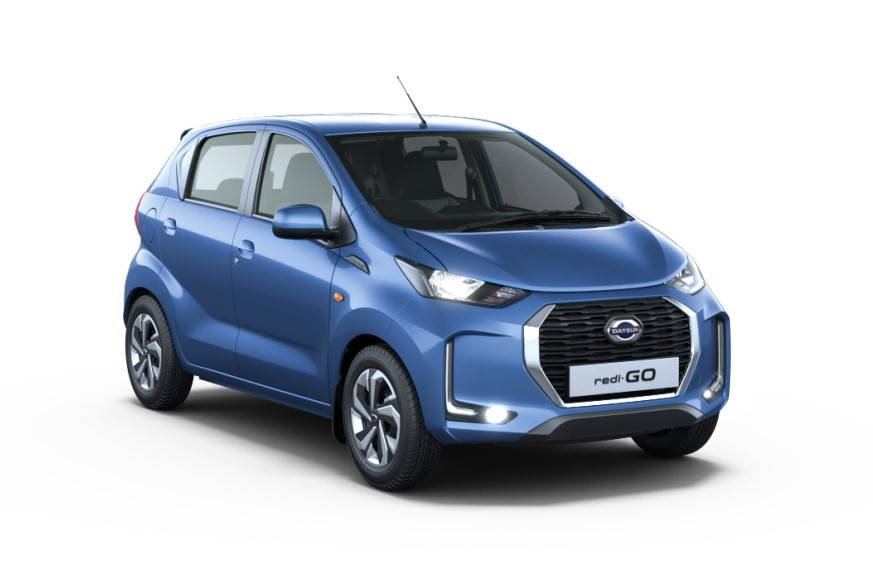 Datsun’s smallest model has just been updated with a fresh design, a redone interior, more equipment and BS6-compliant engines. There are two petrol engines on offer – a 54hp, 0.8-litre unit and a 68hp, 1.0-litre unit – though it is only the latter that gets a 5-speed AMT option. Like most other AMTs, the Redigo’s unit is smooth enough at gentle throttle inputs but is slow to respond when you need a quick build of speed. Keen pricing and a spacious cabin do help its case. 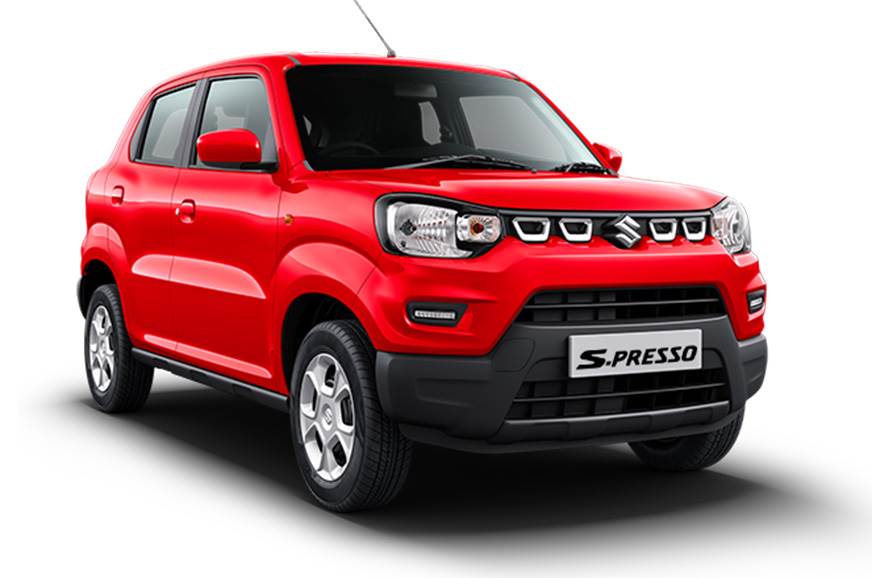 The S-Presso AMT is the best budget automatic car you can buy. Sure, the gearbox is not entirely jerk-free, but it is smooth enough in everyday city conditions and works well with the peppy 1.0-litre petrol engine. As an added plus, the S-Presso’s cabin is roomy and you also get a fair few features for the money. But we aren’t sold on that gawky SUV-inspired design. 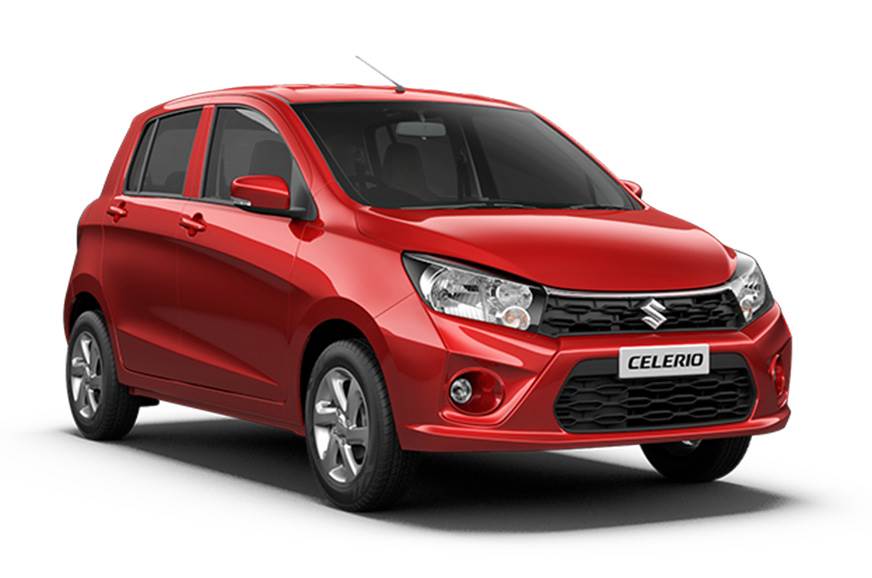 The Celerio and its cross-hatch counterpart, the Celerio X, are identical, except for the cosmetic changes the latter gets. Both share the smooth 1.0-litre engine, along with the 5-speed manual and AMT gearbox options. In fact, it was the Celerio that introduced India to the Automated Manual Transmission or AMT. While it lacks some features available on rivals, the Celerio boasts a roomy interior. 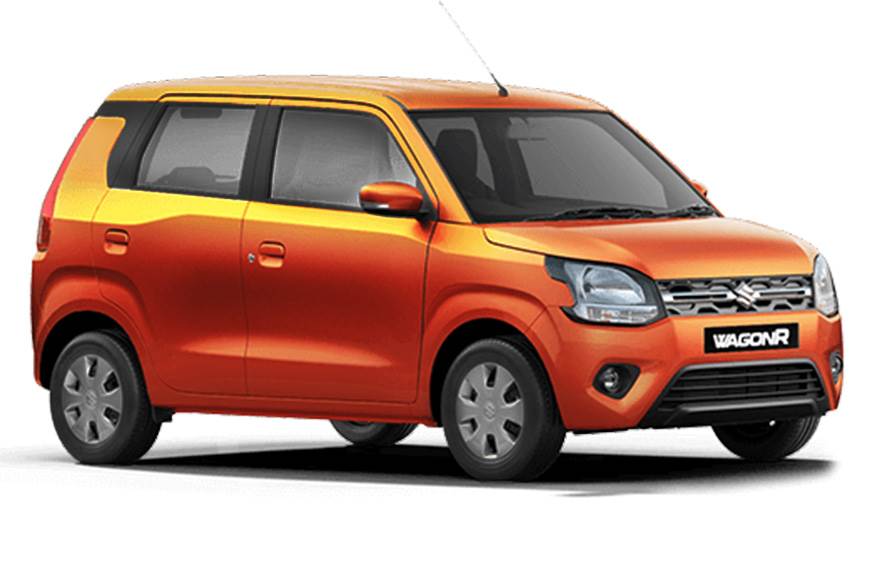 The Wagon R comes with two petrol-AMT options – the base 1.0-litre K10B engine and the more powerful 1.2-litre K12M unit. Both versions offer excellent economy, though it’s the 1.2 that’s our pick for its peppy nature. The high seating and large glass area make the Wagon R an easy car to drive, and the AMT only adds to its ease of use. It’s not a great highway car though. Hyundai’s most affordable product is well-liked for the refinement from the 1.1-litre petrol engine. This unit also gels well with the AMT gearbox, which is on offer with all variants, except for the entry-level trim. While the cabin is roomy and well-finished, cost-cutting measures are a bit too apparent. 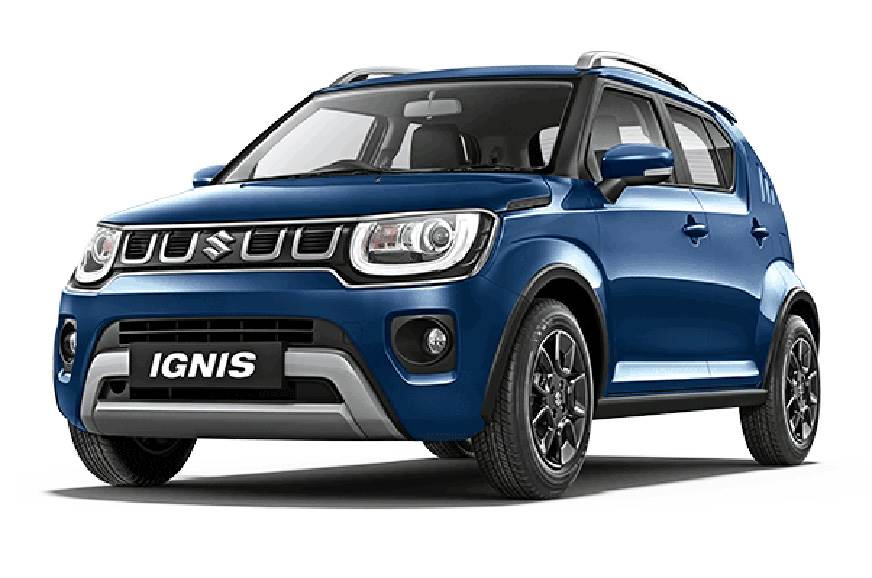 The Ignis is the most affordable of Maruti’s premium Nexa range. It is powered by the brand’s frugal 1.2-litre K12M engine and comes with an AMT automatic option. The Maruti Ignis is an underrated, if expensive hatchback, for the features and performance on offer. 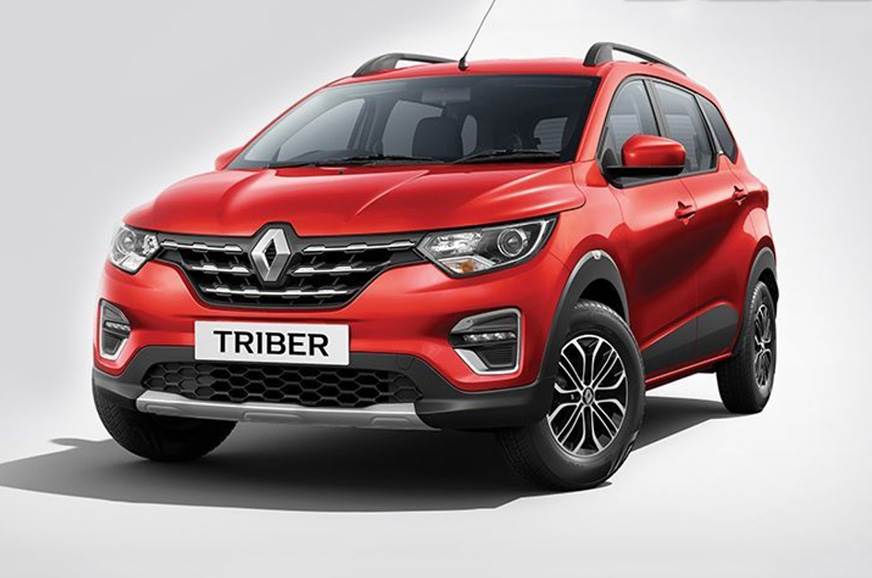 Having gone on sale back in August 2019, the Renault Triber now gets the convenience of an AMT automatic. The 5-speed AMT unit is available on all but the base variant. While the 1.0-litre petrol engine seems meek when mated to the manual gearbox, we’ll have to wait until we drive it to find out how the AMT feels in comparison. The USP of the Triber is its flexible seating arrangement – from seven seats to just three – which makes this hatchback quite a practical urban offering. 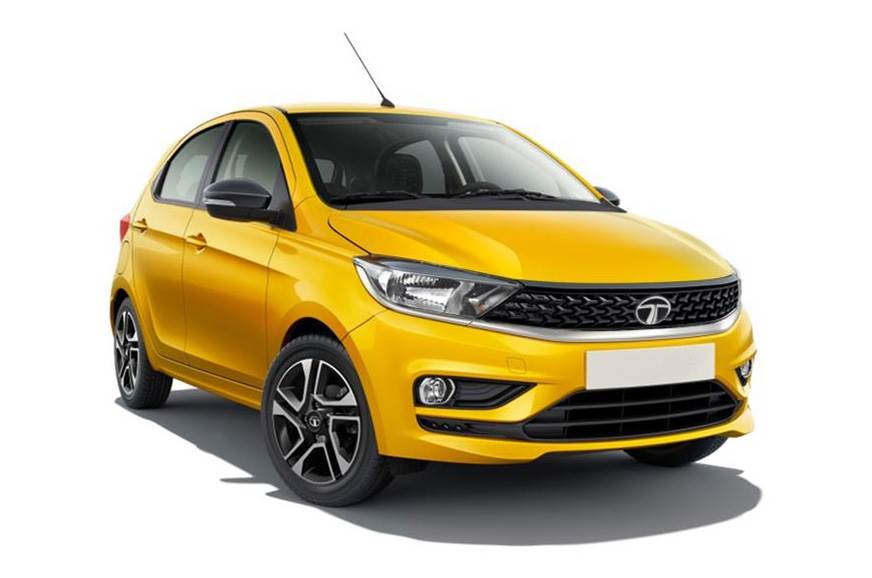 Updated for 2020, the Tiago sports a new look and gets a BS6 petrol engine that can be had with an AMT gearbox. The AMT unit works well for the most part, but shifts aren’t always smooth or timely. However, the keen pricing will make you overlook some of the shortcomings. In true Tata form, the Tiago is big on value for money. 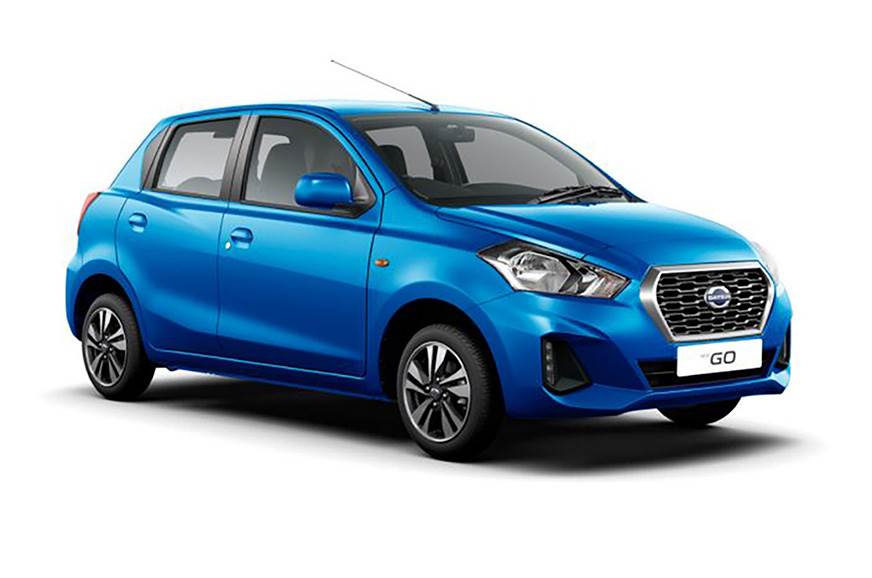 The Datsun Go is the most affordable car in India with a CVT gearbox. While the Go’s unit isn’t the best of its kind, it still offers a smoother experience than the AMTs you’d find on other cars at this price. The Go’s 1.2-litre petrol engine also offers peppy performance and it’s nice to know that electronic stability control is part of the package. However, refinement is average, and the light build takes some confidence away too. 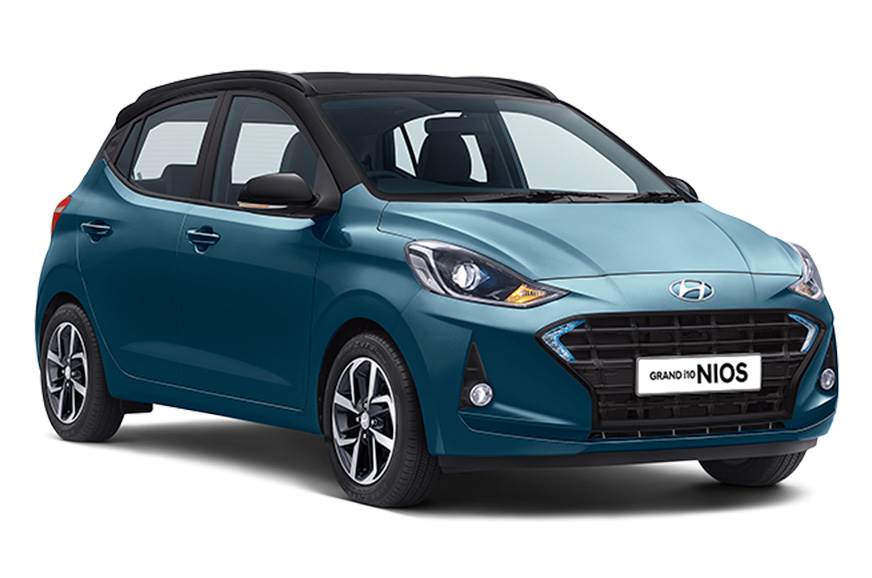 Like its compact sedan derivative, the Hyundai Aura, the Grand i10 Nios hatchback offers the option of an AMT gearbox with the 1.2 petrol and 1.2 diesel engines. The AMT adds convenience to the well-rounded package and what’s more, pricing is sensible too. However, while the Nios petrol-AMT is on offer in the top-spec trim, the Nios diesel-AMT misses out on certain features as it is not available in range-topping form. 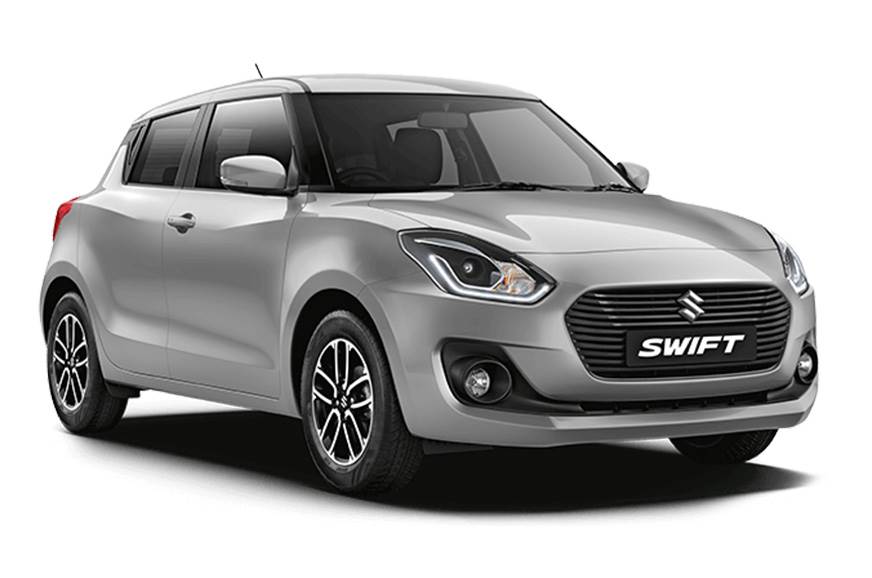 Like every car powered by the K12M engine, the Maruti Swift boasts of good performance and efficiency, even with the 5-speed AMT gearbox. The AMT gearbox isn’t sporty per se but there’s some fun to be had going through the gears in manual mode. Higher-spec variants of the Swift AMT are on the pricey side, but they do pack in plenty of goodies. 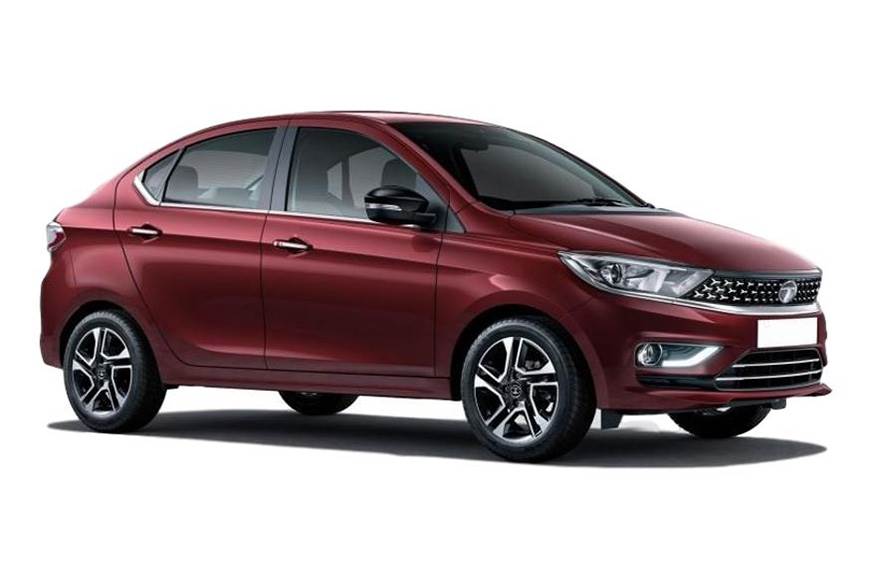 Like its hatchback sibling, the Tata Tigor has been updated for 2020 with a new look and upgraded BS6-compliant engine. As before, the 1.2-litre petrol engine can be had with manual and AMT options. The AMT is good but not great, however, again, the value proposition makes the Tigor AMT very tempting. 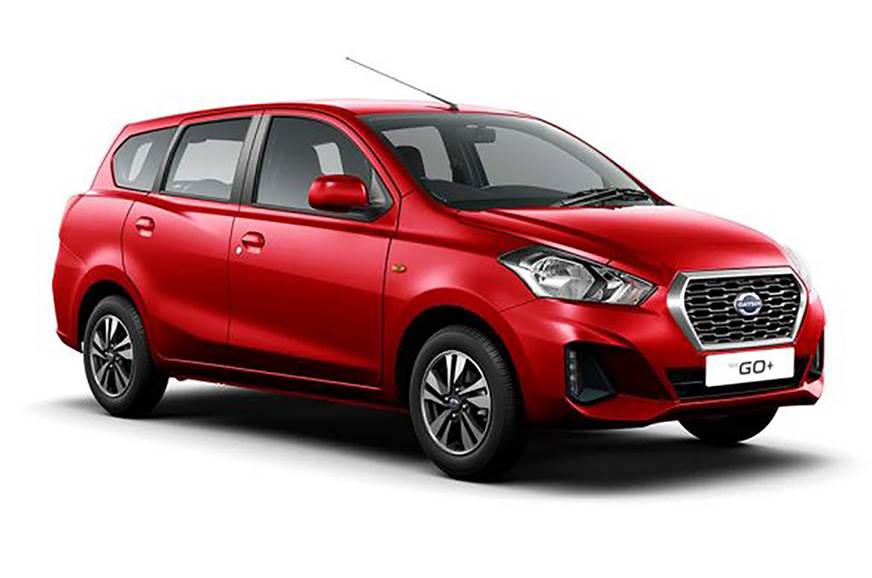 The Go+ is essentially the 7-seat version of the Go. It has the same level of equipment and is mechanically identical. Yet it’s not the Datsun we’d recommend. Buy this over a Go only if you need the added boot space that’s freed up by folding the third row. Seating in the third row is extremely cramped. 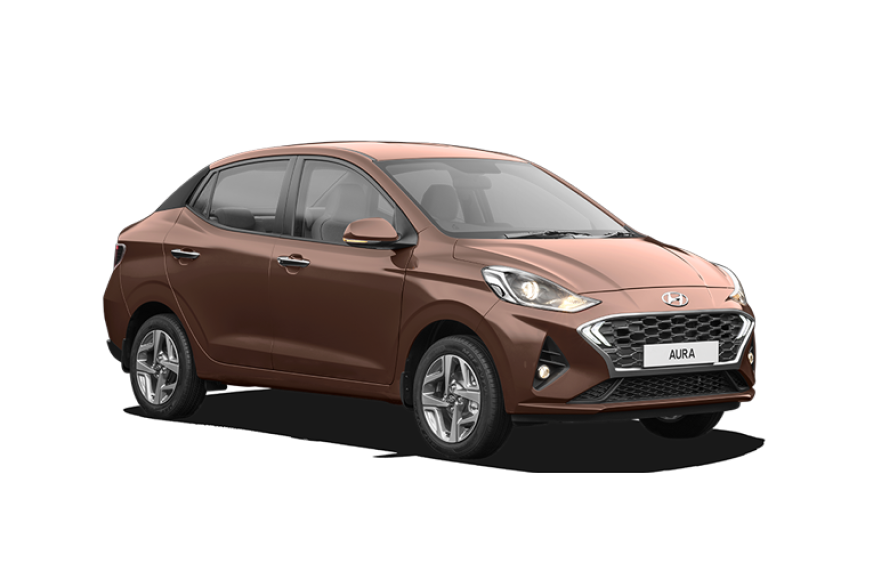 Of the three engine options available on the Aura, namely a 1.0 turbo-petrol, 1.2 petrol and 1.2 diesel, the latter two can be had with AMT automatic gearboxes. Hyundai’s AMT unit works well enough but does get caught out every now and then. Interestingly, in diesel-AMT form, the Hyundai Aura is the most fuel-efficient diesel car on sale in India. Sadly, you have to compromise on a few features as the automatics are not available in top-spec form. 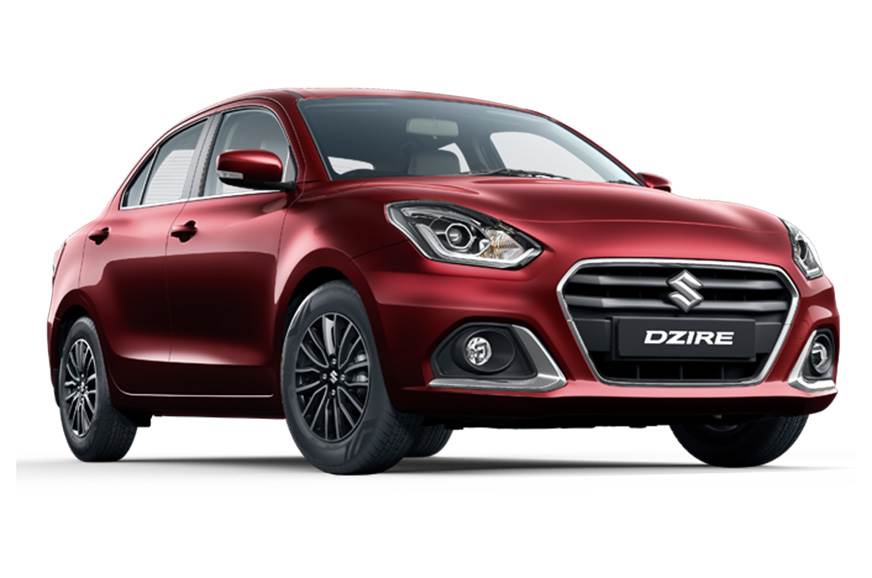 Maruti’s compact sedan has recently been refreshed and now comes with a more powerful but also more frugal 1.2-litre K12N petrol engine. The new engine also makes the Maruti Dzire the most efficient petrol car in India, when the engine is paired with the AMT gearbox. Compared to its rivals, the Dzire is on the pricey side, but it does come with ample cabin space and a good amount of kit. The Honda Amaze is unique in India by virtue of offering a CVT automatic option for both petrol and diesel versions. The CVT automatic units work well with both engines, and keen drivers will like the paddleshifters offered on the petrol. The convenience (and economy) of the CVTs aside, we’d recommend the Amaze for its roomy cabin. 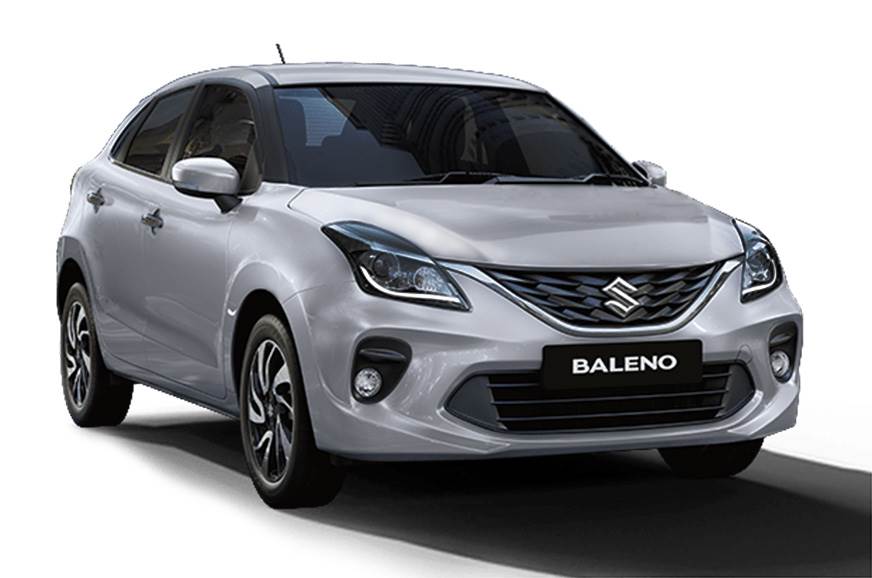 The Baleno is the only Maruti Suzuki model to come with a CVT automatic. The smooth unit allies well with the peppy 1.2-litre K12M petrol engine and what you get is a car that’s well suited to urban duties. A spacious cabin makes the Baleno’s case stronger. Cabin quality could be better, however. 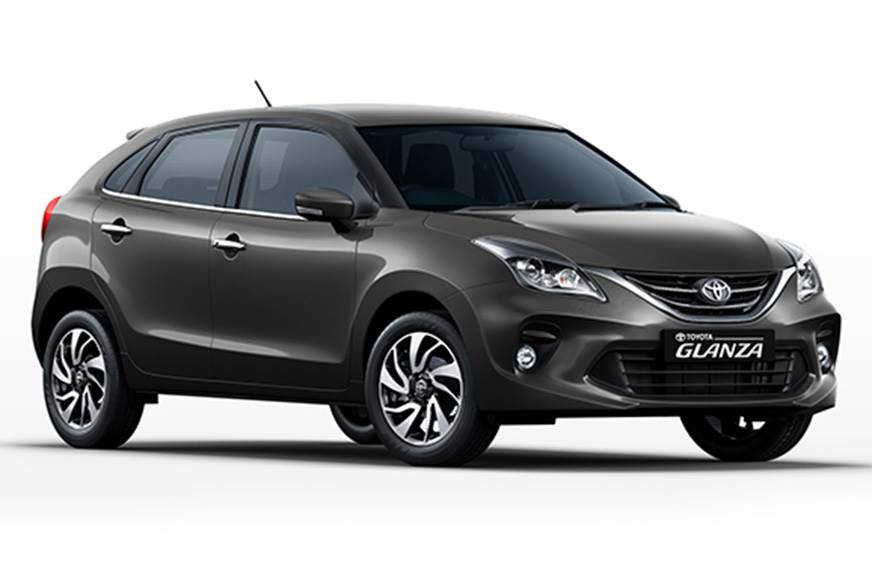 Essentially a Toyota-badged Maruti Baleno, the Glanza is no different to drive than the car it’s based on. The automatic comes powered by the same 1.2-litre engine and uses the same CVT gearbox. In short, you get a peppy and convenient drive experience. The Glanza is marginally more expensive than an equivalent Baleno but you do get a longer warranty in the bargain. 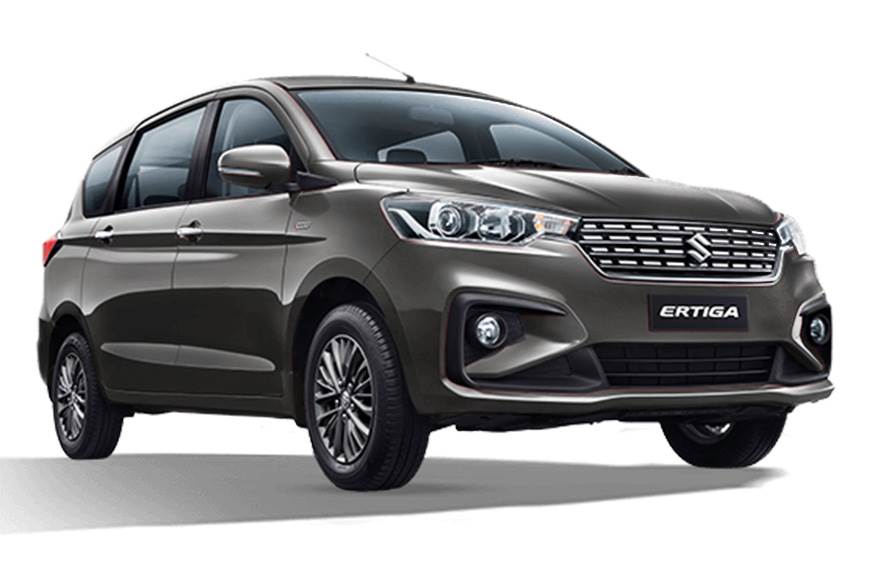 Maruti’s MPV shares its mild-hybrid powertrain and 4-speed automatic gearbox with the Ciaz. While not the quickest or slickest gearbox around, the automatic does add a degree of convenience to the practical and likeable Ertiga. Automatic versions do miss out on some features, but you still get a whole lot of car for your money. The Tata Nexon is the only compact SUV that gets automatic options with both petrol and diesel engines. While the AMT unit adds convenience, it’s not the smoothest in on-off throttle applications. That said, the AMT unit on the diesel Nexon is more in sync with the engine’s characteristics. The Tata feels tough and rugged, and the 5-star Global NCAP safety rating only adds to its pull. 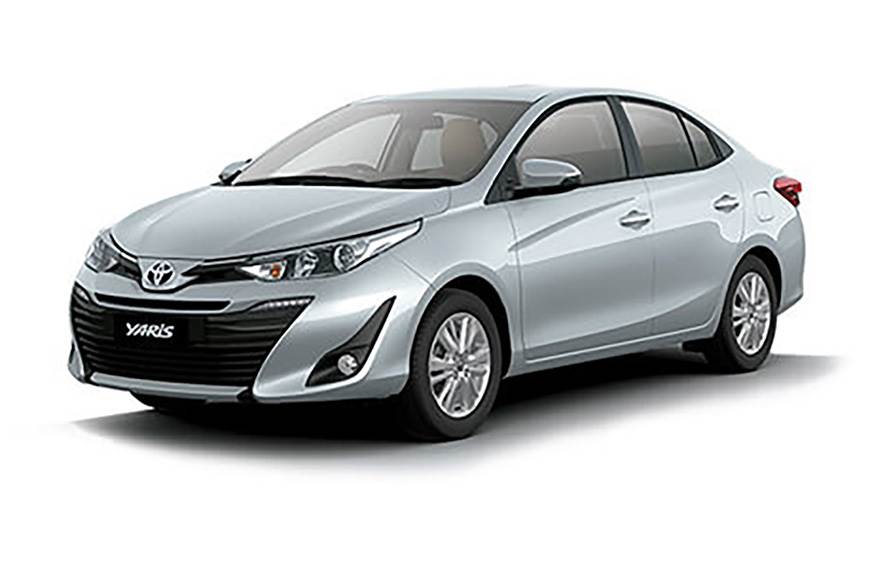 Toyota’s Yaris is the only other midsize sedan with an automatic that comes within a Rs 10 lakh budget. The Yaris’ engine is good enough for the city but feels out of depth on the highway; its CVT gearbox is nice if driven in an unhurried manner. Although the Yaris gets segment-leading safety kit, it is underwhelming on a lot of aspects. 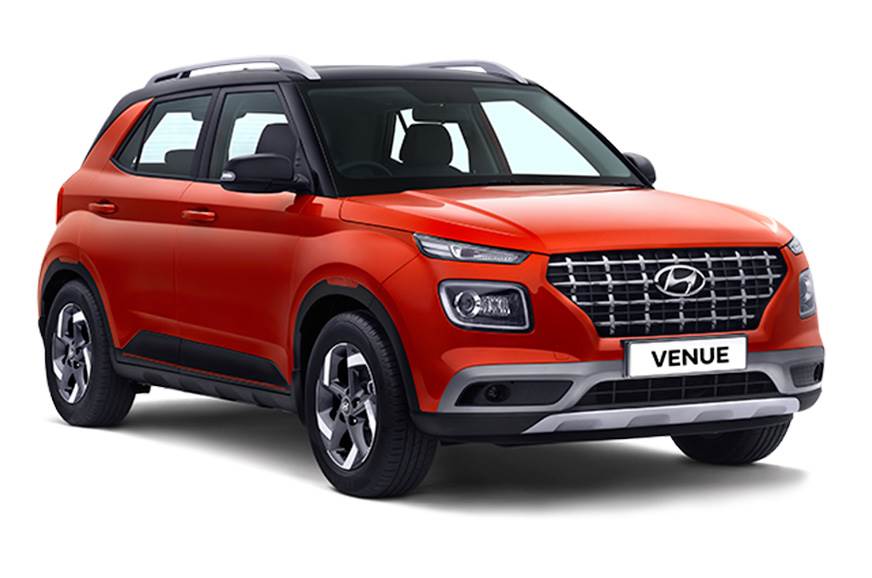 The Hyundai Venue is presently the most affordable model in India with a dual-clutch automatic gearbox. The slick-shifting gearbox brings out the best of the Venue’s 120hp, 1.0-litre turbo-petrol engine, both in town and at higher speeds. What’s frustrating is that the Venue automatic cannot be had in top-spec form. There’s a lot else to like about Hyundai’s compact SUV, but, frustratingly, the DCT-equipped versions can’t be had in fully-loaded form. 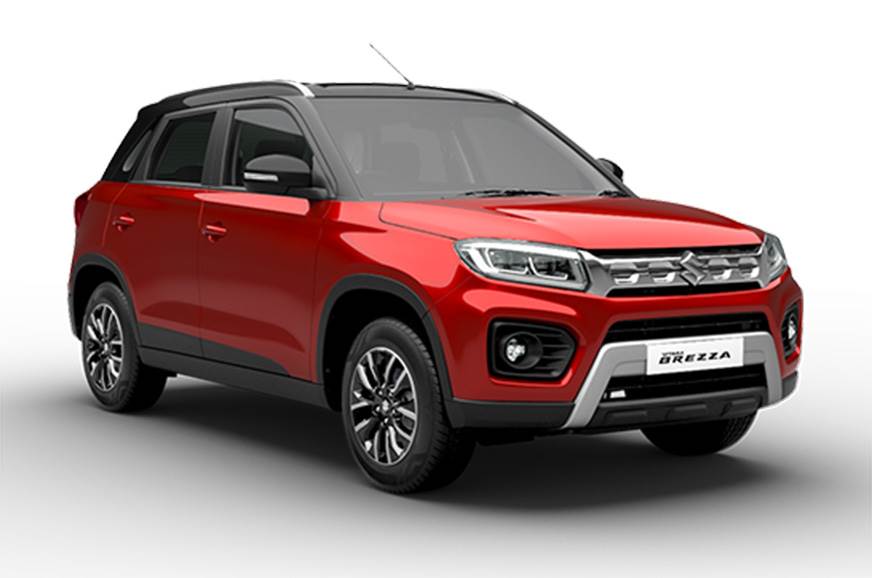 Till a few months ago, ‘Brezza automatic’ meant a Brezza with a diesel engine and AMT gearbox combo. The Brezza auto for the BS6 era is a whole different proposition. Power comes from a 1.5-litre mild-hybrid petrol while gearbox duties are handled by a 4-speed torque converter auto. Interestingly, the hybrid tech is exclusive to the auto which explains why it’s 1.73kpl more fuel efficient than the petrol manual. The new Brezza auto is unexciting but pleasant enough to drive. It is quite pricey for the specs, though. 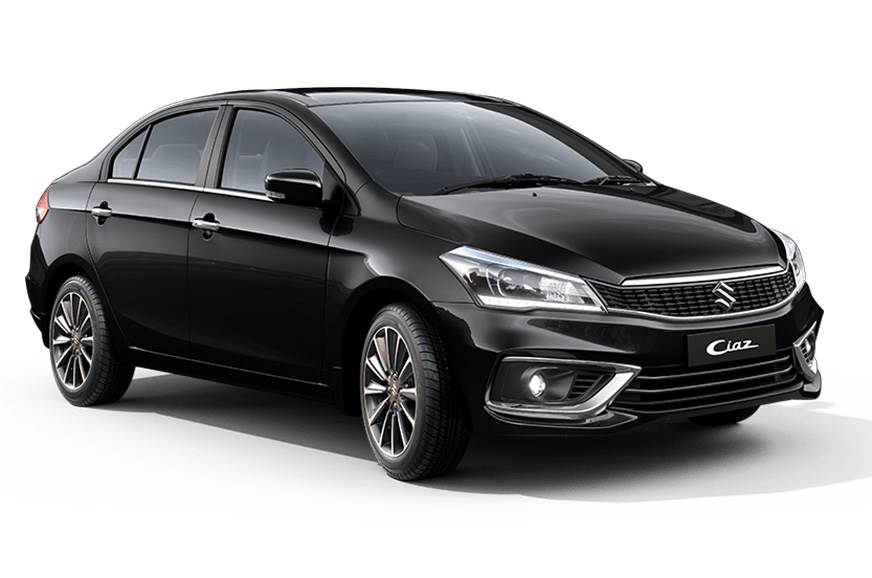 The value pick among midsize sedans, the Maruti Suzuki Ciaz is also one of only two models from the segment with an automatic version that’s priced under Rs 10 lakh. The Ciaz’s 4-speed torque converter automatic might seem pre-historic but it’s fine for city use. As it is, Suzuki’s 1.5-litre petrol mild-hybrid powertrain is not one to get your pulse racing. The Ciaz does impress for its space. 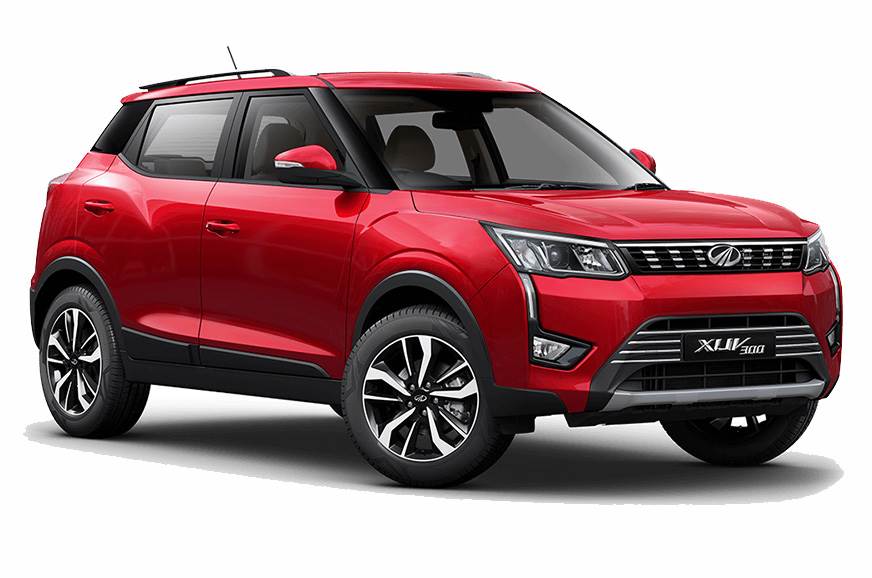 While the XUV300 comes with both petrol and diesel engines, it's only the latter that gets an AMT option. Thankfully, the unit is leagues ahead of Mahindra’s past AMT efforts and works well with the carmaker’s 1.5 diesel engine. Among the other things that might interest you in the XUV300 is the fact that it’s crash test agency Global NCAP’s highest rated Indian car.

Most affordable BS6 scooters in India