If EVs make up 15 percent of Audi’s sales by 2025, the carmaker will consider local assembly. 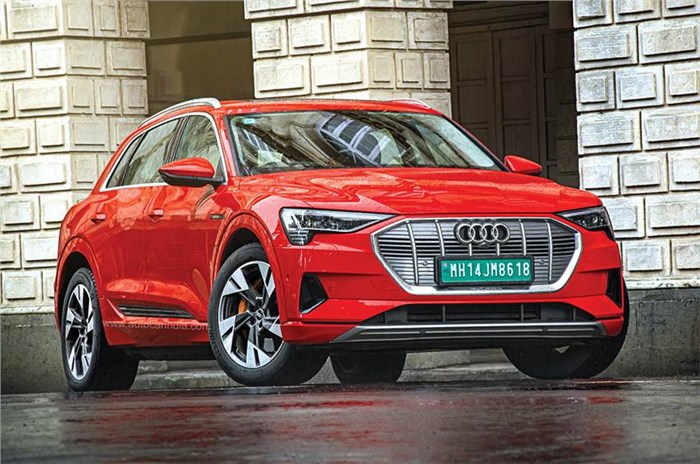 Audi has finally entered the EV space in the Indian market, with the launch of the e-tron and e-tron Sportback. As we previously reported, the brand’s EV plans are much larger though, as Audi expects EVs to make up 15 percent of its Indian sales by 2025. Building on this, Balbir Singh Dhillon, Head of Audi India, told Autocar India in an interview, “At some point in time, if the volumes reach a threshold limit, we will also look at making these cars (EVs) in India”.

Balbir elaborated and said that if the company achieves its goal of having 15 percent of its total sales from EVs by 2025, then local assembly would definitely be a consideration. However he added that it “all depends on whether we can reach that 15 percent with three models or ten models”.

What this means is that, if the sales target is met with fewer models, the sales volumes for each EV model would be strong enough to allow for the required investment for local assembly. However, if it takes a larger number of electric models to secure the same target, then the case for local assembly would be weak, as each model would only contribute to a tiny percentage of the overall sales.

The local assembly of EVs would significantly bring down their price, as Audi would benefit from lower taxes; currently imported EVs are taxed at the same rate as other cars despite the push for electric mobility in India. Though, off late, there has been a lot of discussion around lowering import duties post Tesla’s request for the same.

Balbir also backed up this sentiment and said, “At the end of the day, everything boils down to the cost of ownership and the cost of the car. In case of electric cars, if the duties are lower, we shall be able to bring in more cars and more customers can use these cars.”

Besides EVs, Balbir also believes a cut in import duties on higher segment luxury cars would benefit both the consumer and the state, as more models can be sold.

Balbir further said that he hopes this happens sooner as the push and investment from the Government is not required for too long a period, but “three to five years of backing would be sufficient to get the ball rolling smoothly”.