Apple CarPlay to be upgraded with iOS 13 update

The revamp will bring an updated design and improved ‘Siri’ voice command support. 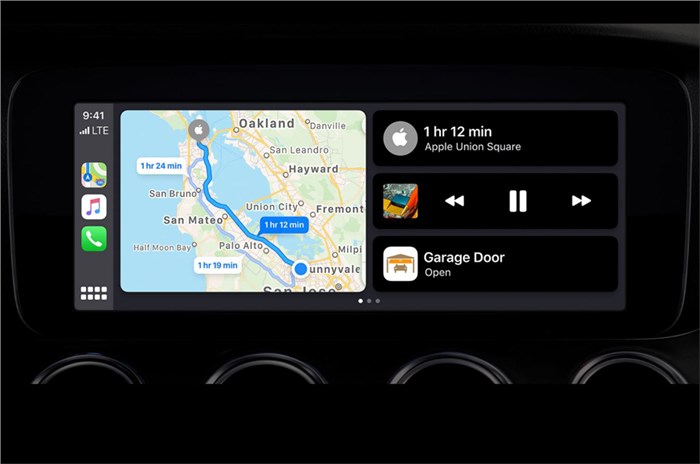 Apple’s CarPlay in-car connectivity suite will be receiving major updates in iOS 13, which will be released later this year. This announcement, made recently by Apple at its keynote at the Worldwide Developers Conference (WWDC), comes not long after the significant design overhaul that Google gave Android Auto, back in May.

The most noticeable change to CarPlay are the new dashboard (home screen), updated visual design and the ability to display multiple applications at the same time, the last of which will massively benefit cars with widescreen infotainment systems. Other features include a dark theme (similar to the one seen on the new Android Auto), a revamped Music app (which showcases album art more prominently), an updated Calendar app and location based notification. The Maps app will get a big update and also come with a new feature that’s similar to Google’s Street view.

Apple has also equipped CarPlay with a ‘Do Not Disturb While Driving’ mode, which blocks all notifications. The connectivity suite will now also be able to automatically adjust to more screen sizes and resolutions than its current iteration can.

Apple’s voice assistant – Siri – will also receive an overhaul and a completely digital voice that will sound smoother and flow better than the current one. The voice assistant will no longer take up the entire screen every time it is engaged and will instead be displayed at the bottom of the screen. Siri will also be able to interact with third-party applications, navigation and music apps.