Apple car could debut by 2024 with ‘next level’ battery tech: Report 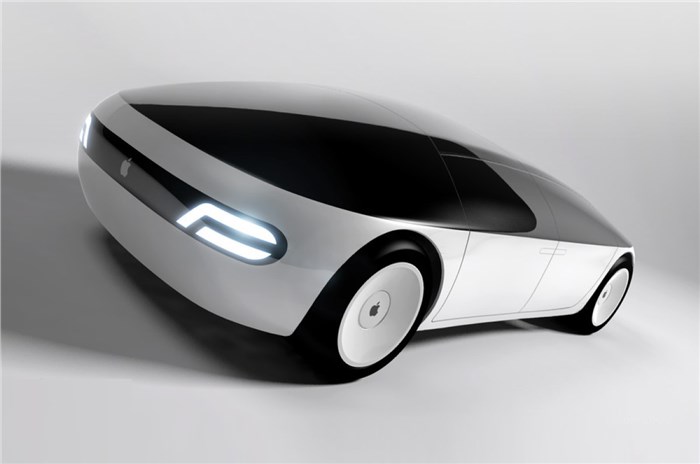 That tech giant Apple is developing a car has been an open secret for years now, and the project is reportedly back on track. According to a new Reuters report, the Apple car – known internally as Project Titan –could go into production by 2024, and is set to feature radical battery technology as well.

It is well known that while Project Titan had started off with Apple envisioning building an electric vehicle of its own, the tech major had also scaled back its aspirations and decided to instead focus its energies on the development of autonomous driving technology. Now, however, it appears Apple has changed plans once again, and is seriously looking at the creation of a new EV.

The biggest reason for this shift in plans is a new design that could slash battery costs and also boost range at the same time, according to a source that has seen the battery design. Described as a unique ‘monocell’, this new design is said to bulk up the individual cells, freeing up room by eliminating pouches and modules that hold battery materials to pack in more active material inside the battery, providing a vehicle a potentially longer range.

The report also mentions Apple is studying a chemistry for the battery named LFP, or lithium iron phosphate, which is said to be inherently less likely to overheat, and could be a safer alternative to other lithium-ion batteries. As per the report, the source says Apple’s battery tech is “next level” and its impact on the world would be "like the first time you saw the iPhone."

For its autonomous driving tech, Apple is said to have explored sourcing lidar sensors from outside partners. The report suggests the Apple car could feature multiple lidar sensors for scanning different distances, and that Apple may also considering using its own internally-developed lidar units.

Who would build an Apple car?

However, while Apple’s prowess in the field of consumer electronics is known to everyone, the company has no experience in building vehicles. Apple is said to have previously engaged with Magna International – which contract manufactures vehicles for BMW, Daimler, Jaguar Land Rover and Toyota – but at this point, it’s unclear who would build an EV for Apple. If it chooses to go the contract manufacturing way, Apple would have to target high volumes to make a profit, which would certainly be a challenge even for the maker of the iPhone.

It is also possible that Apple may choose to instead team up with an established carmaker and share its autonomous driving and battery technology under license, instead of going through the effort of making and retailing its own vehicle. Sources familiar with Apple’s plans also indicated if the company does make its own vehicle, it could be delayed to 2025 or beyond because of complications posed by the COVID-19 pandemic.

However, the idea of a car built by Apple is surely an exciting one. While it seems unlikely that diehard Apple fans will be queuing up outside stores overnight to get their hands on an Apple car, news of the Cupertino-based tech giant diving into the world of automobiles will make every established player sit up and take notice.

Do you think Apple should build an EV of its own? What would you expect from such a vehicle? Let us know in the comments.