All-electric Mercedes-Benz EQA to debut in 2020

Mercedes' EQA electric SUV to be underpinned by a dedicated EV platform; get SUV design cues reminiscent of the new GLA. 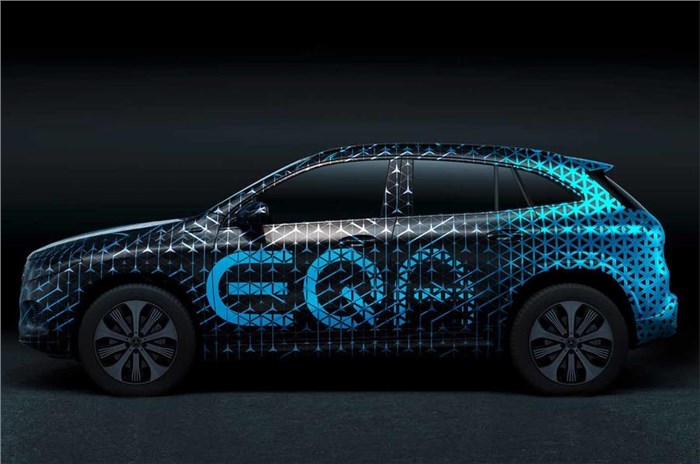 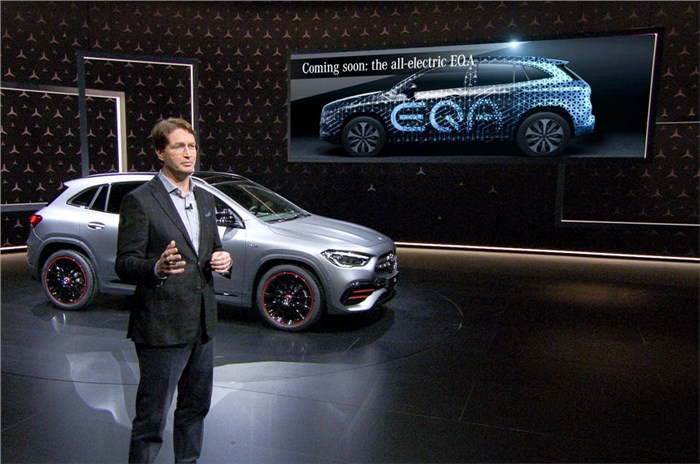 Mercedes-Benz CEO Ola Källenius has officially confirmed that a new entry-level electric vehicle, called the EQA, will make its global debut in 2020. Speaking at the reveal of the second-gen GLA, Källenius stood beside a preview image of the EQA, showing a body style closely linked to that of the new SUV. "It's definitely a love child," he said, referencing the EV's resemblance to the GLA.

The GLA is a more suitable base than a hatchback for an all-electric model like the EQA because a higher roofline allows more space under the seats for the battery cells to be housed, without eating into interior room. Mercedes' EQ EV division has also launched its first electric model, the EQC, as an SUV, with the GLB-based EQB is also on the cards. The EQA will become the new entry point to Mercedes’ EQ EV line-up and the smallest offering from the sub-brand

Although the Concept EQA of the 2017 Frankfurt motor show was a three-door hatchback, a GLA-based production EV could take many of the show car's visual cues, including the front grille and unique front fascia, along with bespoke front and rear lighting.

The EQA will go on sale internationally next year with an expected range of around 400km on a single charge. It will be part of a 10-car EQ line-up that will come to showrooms by 2022.

The model will be produced at Mercedes' Hambach plant in France alongside the all-electric derivatives of its sub-brand Smart.

Britta Seeger, Mercedes sales and marketing boss, said: “This EQ will be the first Mercedes model ever built in France.”

The starting point for the EQA is a new electric vehicle platform developed by Mercedes for use in all its upcoming EQ models. Known internally as the EVA (Electric Vehicle Architecture), it has been conceived to allow the new model to be built alongside Mercedes' conventional compact car models in the factories that produce the A-class, B-class, CLA, CLA Shooting Brake and GLA.

The flexible platform is planned to support either front-, rear- or four-wheel drive, with either one or two electric motors, and a scalable battery mounted low down within its flat floor structure, operating on an 800V electrical system that can provide rapid charging.

While there are no definitive powertrain details, the EQA concept featured a dual-electric motor set-up – similar to the EQC – with one motor located under the hood and the second integrated into the rear axle. The setup delivered a combined 272hp and more than 500Nm of torque. So an all-electric setup along similar lines could be expected.

For the Indian market, Mercedes is yet to reveal any plans to bring its EQ range here, but the carmaker is readying a host of new launches starting from early 2020. Part of the launches is the new GLE (you can read our review of the India-spec SUV here), the new GLS, and all-new models such as the GLB and A-class sedan.