All electric Revero GTE sedan to have an estimated range of up to 643km and a 0-96kph time of under 3.9sec. 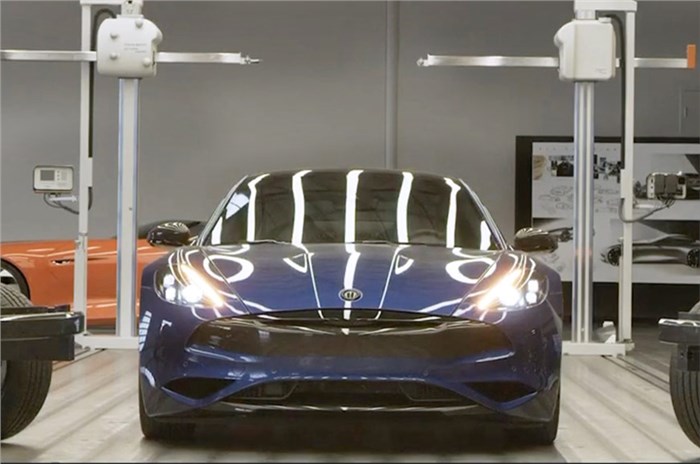 South California-based Karma Automotive has announced the expansion of its Revero series with a new sedan, the Karma Revero GTE. The company says the GTE will be its first all-electric vehicle and it furthers its signature luxury, sustainability and technology offerings.

The Revero GTE will join the GTS, GT and original Revero as the fourth model in Karma’s Revero family, and will be initially offered in two range configurations – 200-mile (321km) and 300-mile (482km). Later in the year, a 400-mile (estimated 643km) hyper-range version will be available. The new model will feature the company’s signature design language.

Vlad Kalika, vice-president – Powertrain, Karma Automotive said: “The Revero GTE is a testament to Karma’s future and a continuation of the success of our definitive luxury electric Revero GT. The GTE adds diversity to our growing product range, and ushers in a new era of pure all-electric technology – something we are proud to offer both our customers and the mobility industry.”

Carlos Gonzalez, vehicle platforms manager, Karma Automotive said: “Our Revero GTE is a reflection of Karma’s in-house engineering and technology capabilities. By creating GTE on a Karma E-Flex Platform, we can showcase another mobility option for customers who have shown interest in this sustainable solution, in addition to potential partner companies interested in the platform technology for their own use.”

The 2021 Revero GTE is targeted to deliver 0-60mph (0-96kph) acceleration in less than 3.9sec and feature electronic torque vectoring. The standard 200-mile range option will use a 75kWh NMC (Nickel Manganese Cobalt) lithium-ion battery, and the extended 300-mile range option will get a 100kWh NMC battery. Using DC 150kW fast charging, GTE will reach 80 percent charge in under 30min. Through AC charging at 11kW, the GTE will achieve a full charge overnight. The company says details of the hyper-range version will be available at a later date.

The Revero GTE will be assembled largely by hand at Karma’s Innovation and Customisation Center (KICC) in Moreno Valley, California.