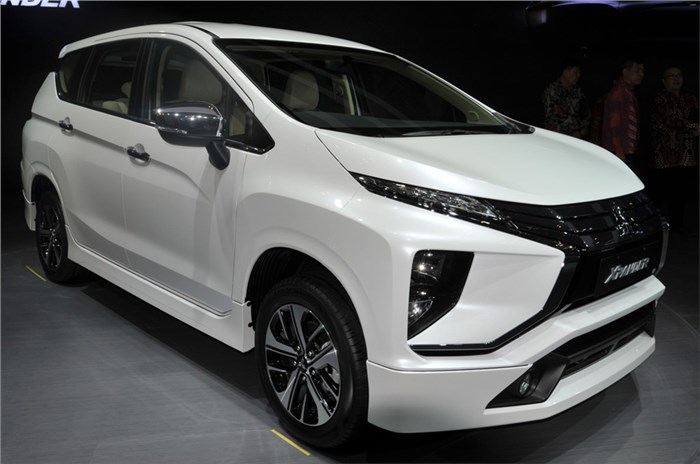 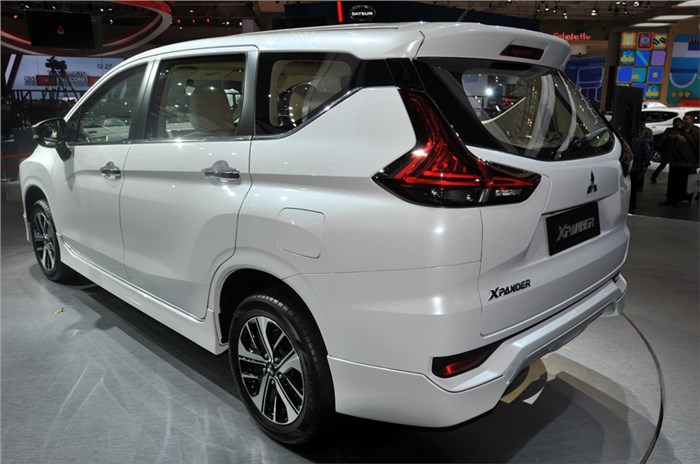 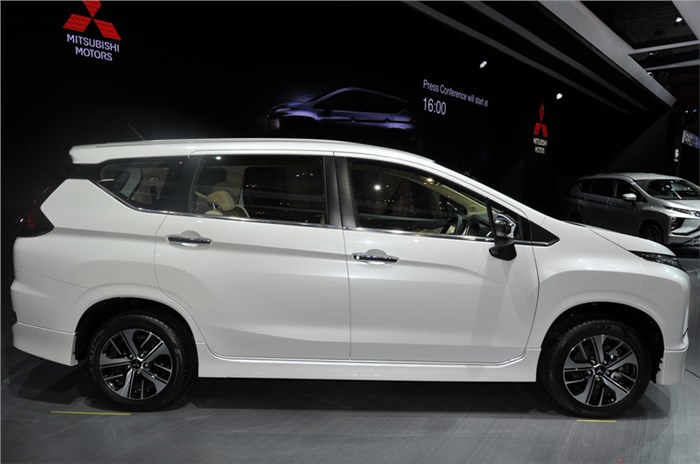 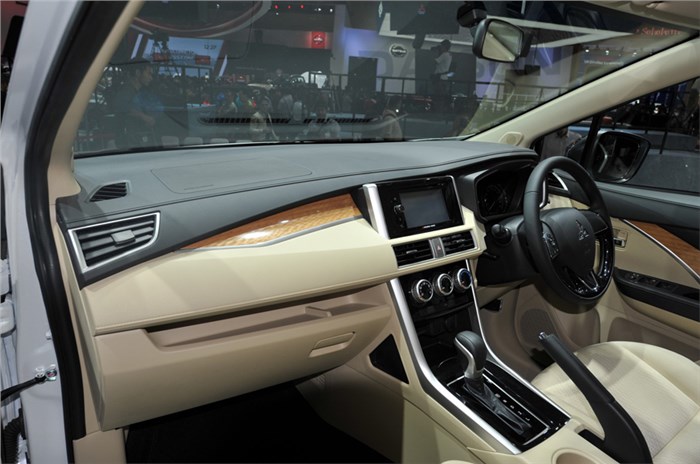 The seven-seat MPV will compete with the Suzuki Ertiga and the Honda Mobilio in international markets; no announcement of an India launch.

After being teased early last month, and then revealed for the first time in late July, the Xpander has made its public debut at the 2017 Gaikindo Indonesia International Auto Show (GIIAS).

The seven-seater MPV, which will be sold in Indonesia, will be powered by a 1.5-litre petrol engine that develops 105hp and 114Nm of torque. The engine is mated to a five-speed manual transmission, though a four-speed automatic is optional.

The Xpander is 4,475mm in length, 1,750mm in width and 1,700mm in height. The MPV was previewed earlier in concept form by the Mitsubishi XM concept and sports the same high-mounted headlights, fog lamps, as well as the squared-off fenders.

The cabin of the model displayed is finished in beige and black and features a sweeping dashboard design centred on an infotainment touchscreen. The top-spec model gets keyless entry, a push-start button, a touchscreen display, brake assist, hill start assist, and reverse parking camera.

There is no word on if Mitsubishi will launch the MPV in India where it sells the Pajero Sport and Montero. The Outlander SUV will also launch in the coming months.

In international markets, the Xpander will compete against the Honda Mobilio and the Suzuki Ertiga.