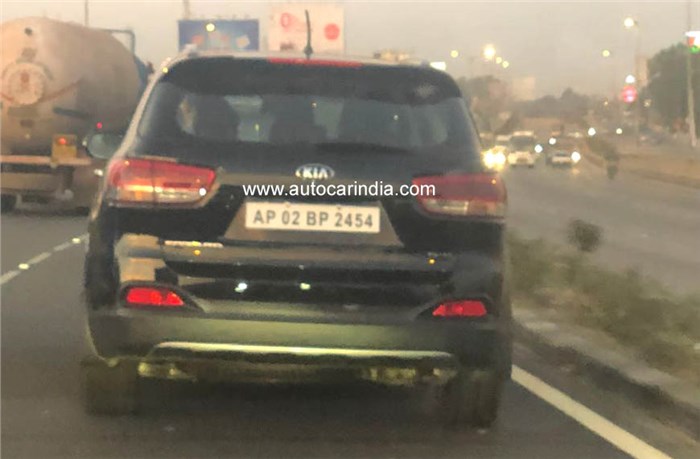 The newest generation of Kia's flagship seven-seat SUV, the Sorento, has been seen doing the rounds in Andhra Pradesh.

Interestingly, unlike the Kia models that are meant for export markets and have previously been seen on our roads bearing international plates, this one has been locally registered in the name of Kia Motors India.

The Sorento was also showcased at the dealer roadshows Kia conducted in August last year. The SUV could be a part of Kia's India plans, but that hasn't been confirmed as yet.

A full-size SUV, internationally, the Kia Sorento rivals the likes of the Hyundai Santa Fe and the Skoda Kodiaq. It is comes with the engine options of a 188hp, 2.2-litre petrol, a 185hp, 2.0-litre diesel and a 200hp, 2.2-litre diesel. A new eight-speed automatic gearbox, which debuted on the SUV'sfacelift revealed at the 2017 Frankfurt Motor Show, is offered alongside a six-speed manual and a six-speed auto. The Sorento can also be had with four-wheel drive.

Kia has invested over Rs 7,000 crore in its new 536-acre plant in Anantapur, Andhra Pradesh. Production at this facility–which can churn out 3,00,000 units annually–is slated to commence in the second half of 2019.