Yamaha's new 125cc scooter has a lot riding on its shoulders. 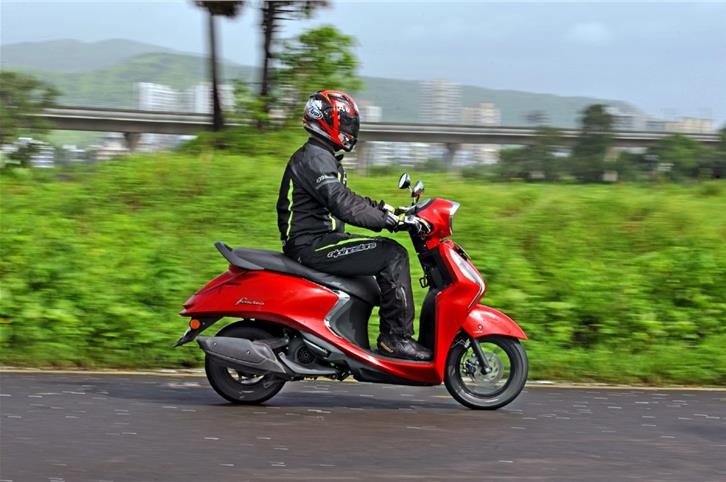 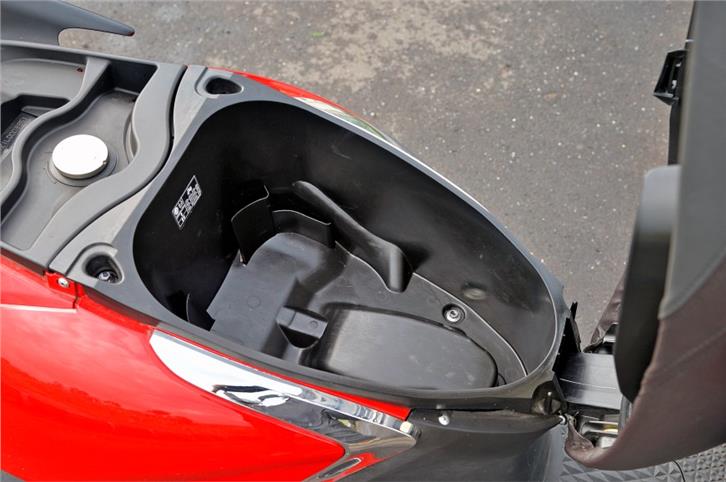 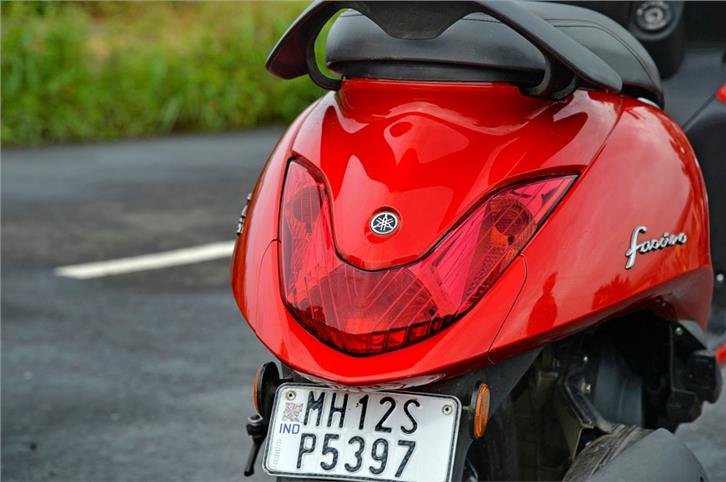 We’ve finally got the new Yamaha Fascino 125 for a proper test. We had sampled the Yamaha Fascino 125 BS6 in December 2019, inside the premises of a hotel, but now we’ve ridden the scooter on proper tarmac over the course of four days. While first impressions of the scooter left us impressed, a thorough test is what is going to help us come up with a definitive verdict on Yamaha's new player in the 125cc scooter segment. So, let's begin with one of the most talked about aspects about the 2020 Yamaha Fascino 125 – its design.

Yamaha seems to have used a tweaked version of the previous Fascino's design for the new Fascino 125, and that's not a bad thing at all. The Fascino's design language is unique and you are either going to like it, or end up looking the other way. To my eyes, it's a design that's interesting and happens to grow on you over time. It certainly did grow on me during the course of this test.

Some of the elements that particularly stand out include the inverted triangle-style headlamp, the chrome embellishments on the apron as well as the side panel, and the flowing tail section that extends further out than you'd expect. In fact, we noticed that the tail sticks so far out, that it is impossible to view the top half of the number plate if you stand close to the scooter. 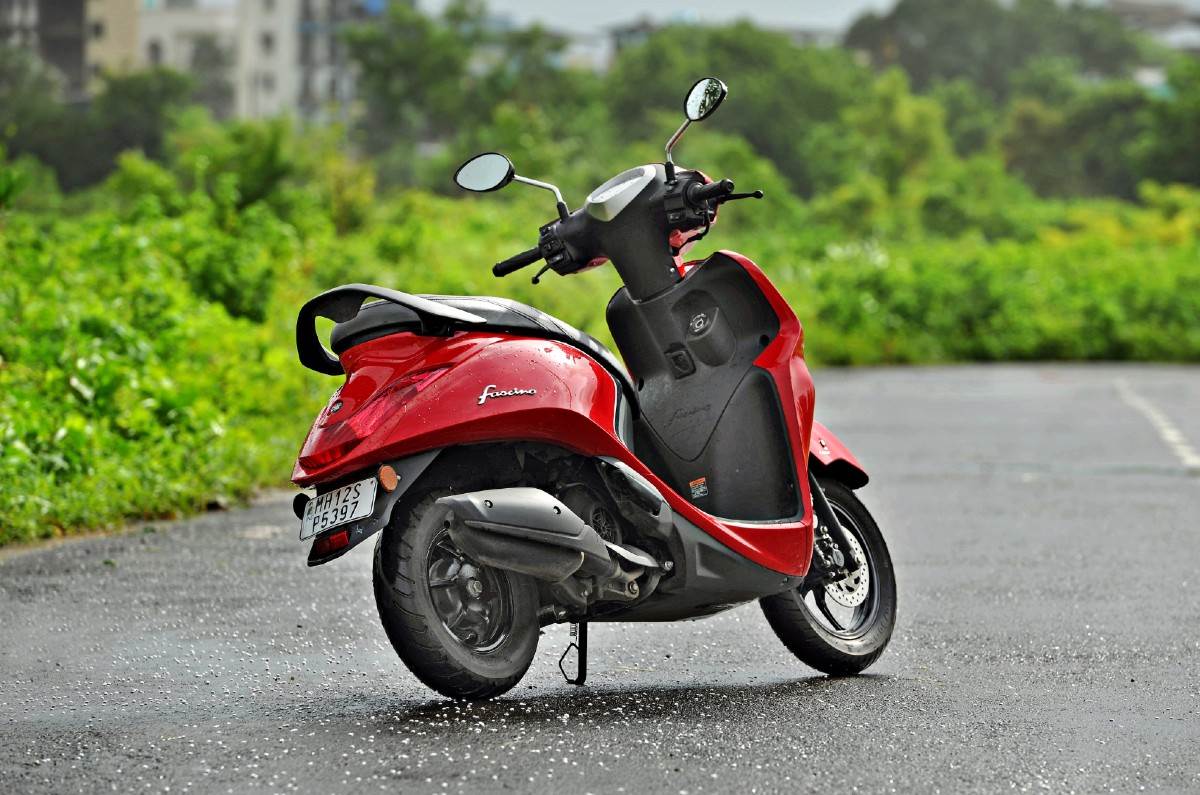 Yamaha has ensured that the Fascino is hard to miss on our streets, not just because of the way it looks, but also due to the bold colours on offer. The red shade on our test scooter drew a lot of attention and if you are the adventurous type, the Gold or Cyan Blue shade is guaranteed to draw an equal number of eyeballs. However, if riding under the radar is your thing, there's a dark matte version, which replaces the chrome bits with blacked-out elements.

Whichever colour you choose, one aspect that remains common is the fit and finish levels. The body panels and switches are neatly put together, but there are a lot of plastic panels. While they remained rattle-free on our test scooter, it remains to be seen how they will handle the passage of time.

It's not all plastic though – the front fender is a metal unit. While that's the good bit about the design and build of the Fascino, the downside of form taking the lead from function is that the ergonomics are slightly flawed.

The footboard has an aggressive upward sweep, which makes it difficult to comfortably accommodate larger feet. Then there's the relatively low-set handlebar that, if you are anything above 5ft 8in tall, grazes your knee while taking tight turns. And finally, the seat squab is a tad too soft for longish stints, resulting in a sore backside after half-an-hour of saddle time.

The other issue with the Fascino is that Yamaha could have offered more features, besides engine start/stop and side-stand cut-off systems. 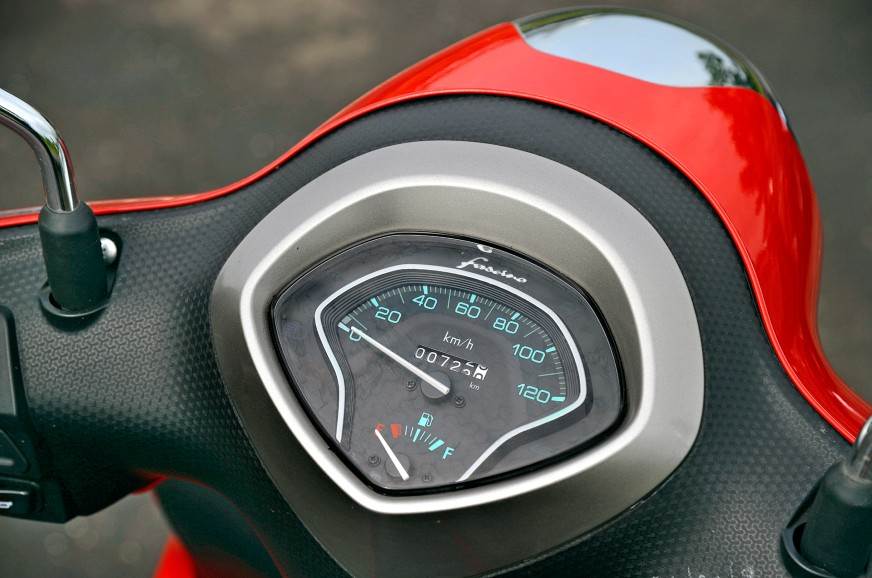 There are no LED lamps and the instrument cluster is so basic, you'll be reminded of your grandpa's alarm clock – it does not even get a trip meter. Yamaha will also charge you extra to fit a USB charging port inside the 21-litre, under-seat boot.

All of this may sound as nitpicking, but if someone is spending their hard-earned money, they'd want features that are pretty much standard on the rest of the 125cc scooters in the market.

Thankfully, the Yamaha's engine makes up for these aspects.

Along with the newly developed chassis (more on that later), Yamaha also developed a new 125cc engine with a nifty starter-motor generator for a silent start.

The fuel-injected engine's power and torque figures (8.2hp and 9.7Nm) are nothing to write home about, as outputs figures are notably lower than its direct competition from TVS, Suzuki and Aprilia. Where the Yamaha pulls an ace out of its sleeve is in the power-to-weight ratio – that’s down to its 99kg kerb weight. I'm actually struggling to think of a modern day 125cc scooter that weighs under 100kg! 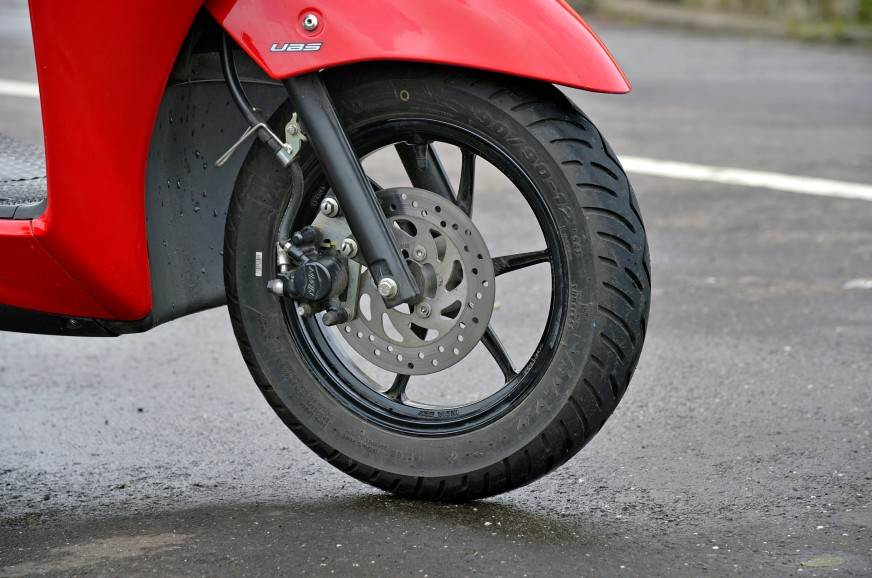 As expected, the 82.82hp/tonne power-to-weight ratio translates to brisk performance, and our tests reveal that the Fascino 125 is right up there with the competition. In the sprint from 0-60kph the Fascino clocked 8.41s, which is only 0.33s slower than the current 125cc performance king, the Suzuki Access 125.

The engine is responsive as well. This is apparent in its roll-on acceleration times (20-50kph in 4.57s and 30-70kph in 10.52s) and that makes the Fascino an effortless city commuter. What really impresses is the engine's refinement. Whether it was riding at sedate city speeds or flat out on the Mumbai-Pune highway, there were hardly any perceptible vibrations to speak of.

The other advantage of the low kerb weight is the fuel economy. The Fascino returned 57.08 kpl in the city and 64.2 kpl on the highway, making it among the most fuel-efficient BS6 125cc scooters we've tested.

The Fascino's engine stop/start feature does help in extracting a little more fuel economy, but the system is annoyingly slow to respond and we noticed the engine takes a little over a second to turn on after you've opened the throttle. The Honda Activa 125 has a similar system, but it is much better executed and we didn't mind leaving it on. As for the Yamaha, we deactivated the system as soon as the efficiency tests were conducted.

An area where the new Fascino 125 was found to be lacking has to be its low speed ride. The telescopic fork and monoshock is set up on the firm side of the scale. The result is that the low speed ride that isn't exactly harsh, but not what you'd call comfy either.

Pick up the pace and there is a noticeable improvement in the ride quality, but it's never in the same league as the Suzuki Access 125 or even the TVS Ntorq and Honda Activa 125. High speed stability and handling are both perfectly acceptable, but not segment-leading.

The braking performance offered by the Yamaha Fascino's front disc is also decent, at best. That said, the optional front disc lacks some bite and sharpness. 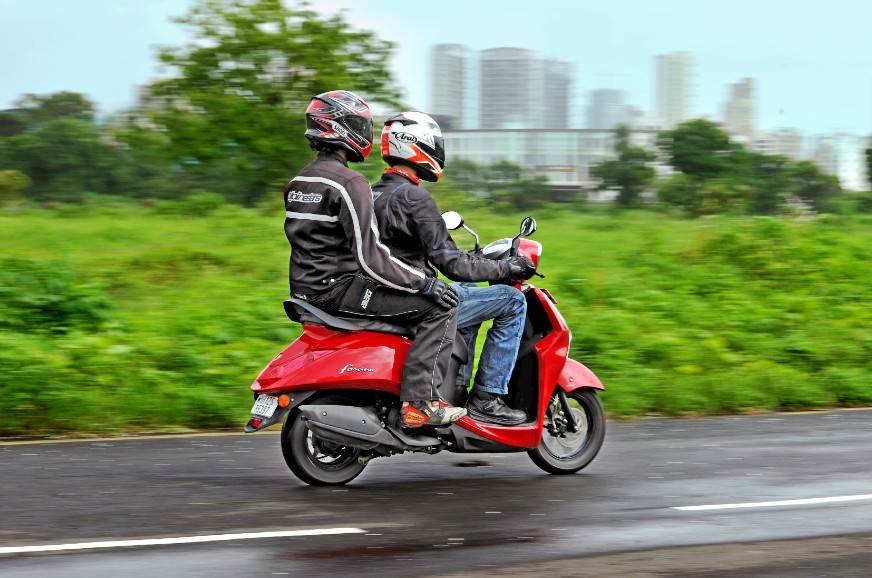 Yamaha’s intentions, which are to grab some of the 125cc market share from the competition, are evident in the aggressive pricing of the Fascino 125. Starting at Rs 68,730 for the drum brake variant and Rs 71, 230 for the one equipped with a disc brake, the Fascino undercuts some of its 125cc competition. It does lose out on some traditional features but counters with the silent start system and start/stop function; features that most of its rival’s lack.

In the end, the Yamaha Fascino 125's biggest draw is its design. Those who buy it for its looks, won't be getting segment-best comfort, dynamics or features, but will get to enjoy its performance and efficiency, along with the promise of Japanese reliability. For many, that will be enough. 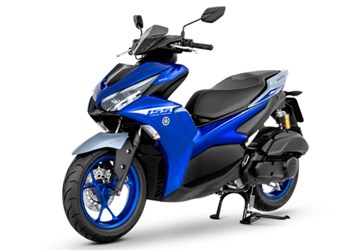 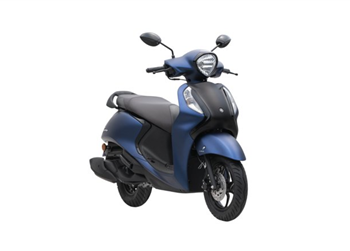 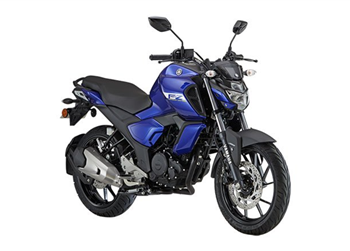 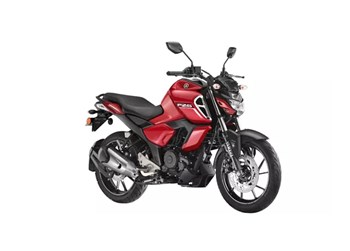 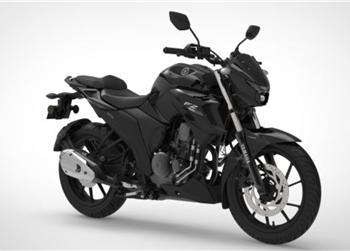 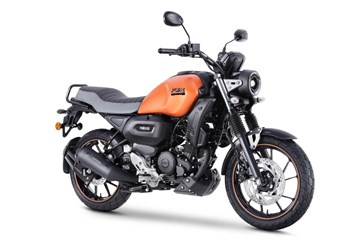 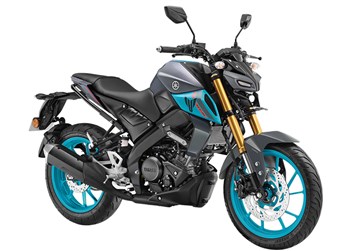 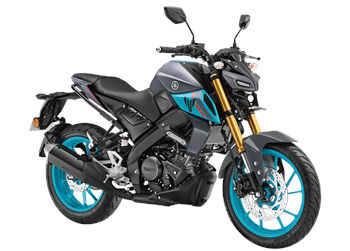 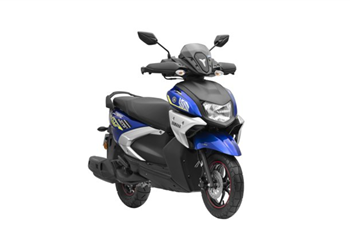 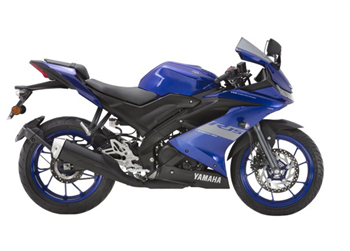 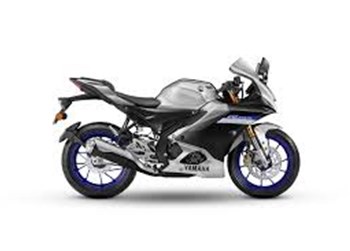 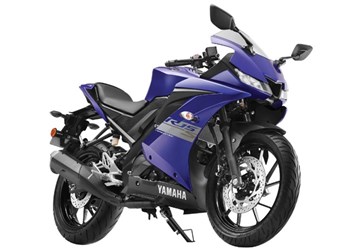