The Vida V1 is a well-equipped scooter but is priced uncomfortably high.

The handling is confident and enjoyable with the fun ultimately being restricted by a scraping main stand.

Switchgear is good, but plastic quality needs to improve.

Make : Vida
Model : V1 Pro
Hero MotoCorp is the last of the Indian mass-market two-wheeler manufacturers to launch an electric vehicle, and like Bajaj, they’ve decided to do it via a dedicated, premium EV sub-brand. The new EV brand is called Vida and the scooter is called the V1. The Vida V1 is available in two variants, the V1 Plus and V1 Pro. We have the Pro here and the main difference between the two is in the battery capacity. So most of what you read here will apply to both models.

The Vida V1 wears a brand new and rather unusual design. The most striking angle is its aggressive looking face with a low mounted LED headlamp, wide bodywork and flyscreen on top. The side profile is all about that large swooping body panel and the unusual split seat design. From the rider’s point of view, the Vida gets some premium looking switchgear and a 7-inch touchscreen TFT display.

The combined boot space is 26 litres.
Things get a little more unusual at the rear where there’s a lot of black plastic around the boot area. This is designed to be a modular system where you can remove the black plastics, or the rear seat, but the company says that this functionality will be available at a later date. In its current form, the boot space stands at 26 litres, which isn’t segment leading, but it is quite good. However, since the boot is split into two sections, you’ll only be able to store a small open face helmet in there.
Personally, the design is neither a deal maker, nor a breaker, however, the quality and finish could certainly improve. The issue is mainly in the feel and quality of plastics, of which there are a lot on this scooter. In some places they were rough, while in others the panel gaps were uneven. The switches themselves look good, but we found that the entire switchgear units would rock up and down on the handlebar. The company tells us that these are pre-production vehicles and these issues will be ironed out by the time production vehicles go to customers. This is something we will look out for when we get to properly review the production spec scooters on public roads. Nevertheless, while the quality does need to improve, the fundamentals seem to be in place when it comes to comfort.

The Vida V1 looks like a fairly large scooter in person and that translates to how you sit on it. The floorboard feels at a natural height, the seat is nice and spacious and the handlebar placement is pretty decent as well.

While we only got to ride the V1 on the super smooth test tracks at Hero’s sprawling Centre for Innovation and Technology in Jaipur, from what I could tell, there seems to be a decent level of compliance in the suspension. I suspect that this scooter should have a nicely absorptive suspension set-up on the road.

What we could tell for sure is that it’s a very nice handler. On Hero’s handling track, the scooter behaved in a predictable and stable manner without feeling excessively agile or quick steering like some scooters can. The V1 rides on 12-inch wheels with MRF tyres that had more than enough grip in the dry. Ultimately, the limiting factor on the track was the main stand that starts to scrape at high lean angles. That is hardly a real world problem and what you can expect is a well balanced scooter that is good fun to ride.

The Vida V1 Pro weighs 125kg, which puts it on par with the Ola at the heavier end of the scooter market, but it doesn’t feel cumbersome, and like with most EV scooters, there’s a reverse function if you need it. The braking capability is also good enough for this level of performance.

The Vida probably isn’t the best handling e-scooter out there, but it is quite good and the same goes for its performance. With a top speed of around 80kph, it’s not the fastest e-scooter out there, but it’s quicker than most and the performance on offer should be more than enough for life in the big city.
The air-cooled swingarm mounted motor produces a peak of 6kW and the promised performance is similar to what you should get with the likes of the Ather 450X. In Sport mode, the acceleration between 20-50kph feels quite strong, but the urgency in the acceleration eases off after that. The scooter can hit an indicated top speed of a little over 80kph and it showed no signs of thermal distress in the time we spent with it.

The base V1 comes with three riding modes while the V1 Pro gets an additional custom mode that can be set up as per the rider’s liking.

Swingarm mounted PMSM motor makes 6kW.
Along with good performance, the Vida V1 also promises good range. The V1 Pro has a 3.94kWh battery while the V1 Plus gets a smaller 3.44kWh battery. Those numbers are good, but what separates the V1 from the competition is that this battery is split into two removable units that live under the seat. Each battery weighs 11kg, so I don’t think most people will want to take these out on a regular basis, but it is nice to have the option.

The Vida scooter can be charged in three ways. You can either remove the batteries and charge them outside, or you can charge the scooter directly using the provided home charger. Finally, the scooter also supports fast charging, and while Hero says it will set up its own network, the V1 can also use Ather’s fast charging network as it shares the same connector design.

Hero is positioning the Vida as a premium product and they’re throwing in a bunch of features to try and justify that. On the scooter itself, you get all-LED lighting, fully keyless functionality, cruise control and follow-me-home lights. There’s also a shielded SOS button on the handlebar that can send out an alert message via the mobile app in case of an emergency. In addition, there are a whole bunch of features that will be enabled by the app, but it wasn’t ready for us to try out at the launch ride.

The only scooter in this price range that features removable batteries.

While the scooter has been launched right now, as we’ve seen with most other EVs, deliveries will only begin in a while and in a few cities to start with. Hero says that bookings are now open and that deliveries will begin by December. Sales will start off in Delhi, Bengaluru and Jaipur with more cities being added later.

Clearly, the Vida V1 is a well equipped scooter, but that doesn’t shake the fact that this machine is priced a little uncomfortably high. The Vida V1 starts at Rs 1.45 lakh, ex-showroom, and the Vida V1 Pro goes all the way up to Rs 1.59 lakh, ex-showroom, and these prices are after the FAME 2 subsidy. Those prices put this scooter at the very top of the EV scooter market as of this moment. With such ambitiously high pricing Hero seems to have taken inspiration from the Ather 450X and the Bajaj Chetak, both of which are doing quite well at the moment despite being priced at around a similar point.

Fast-charging port is the same as on the Ather 450X.
The thing is, Heros have always been positioned as cost effective, value for money options in the market, and they almost always cost less than the competition. The Vida V1 is not only the most expensive Hero on sale today, but it costs about double of what the company charges for some of its petrol scooters and I think that this pricing is going to be a challenge for the company.

Nevertheless, we’ll reserve our full verdict for when we get to properly test the Vida on public roads and against its rivals. 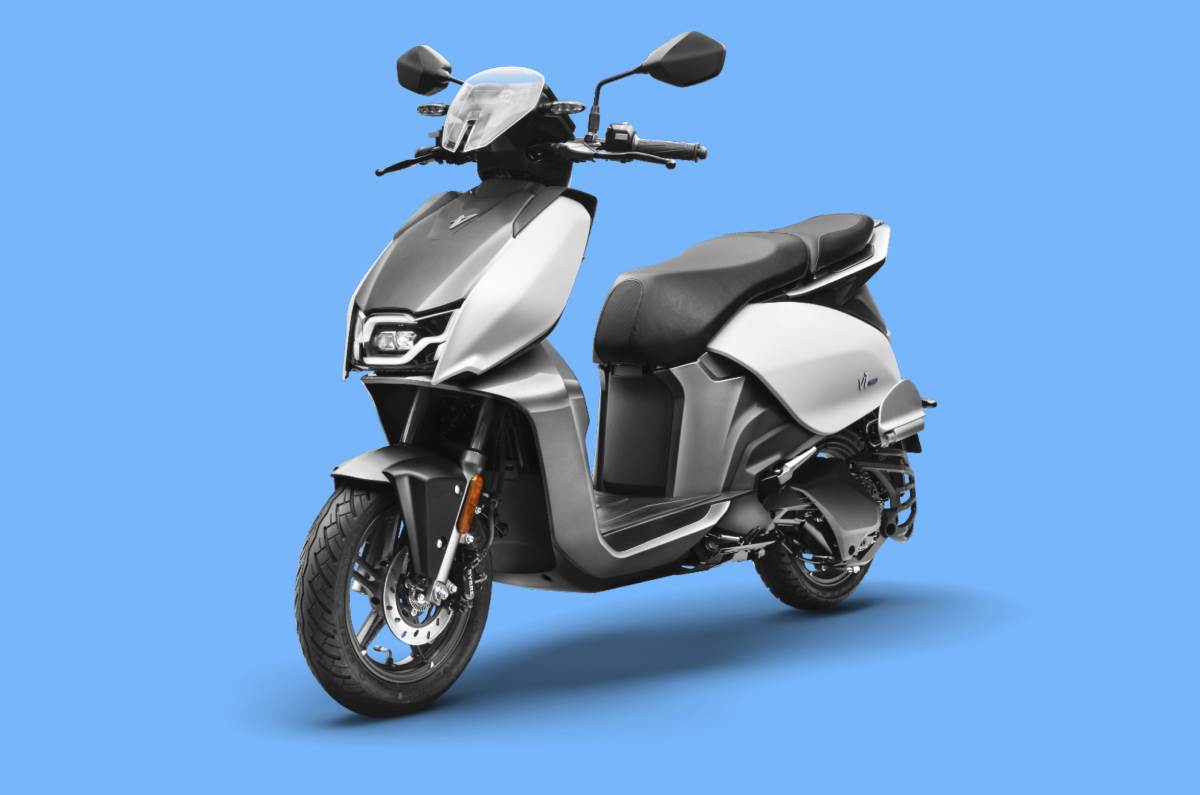 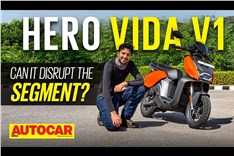