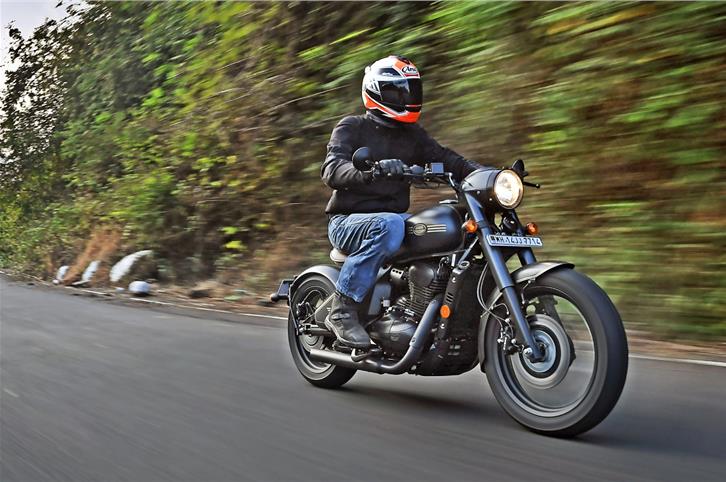 Even if you’ve never been interested in motorcycles, you’ll stop short in your tracks the moment you see this one, I can almost guarantee it. The Jawa Perak has that sort of effect, and that’s because it looks like a concept vehicle that came straight off the pavilion at a motor show. Indeed, two years ago at the company’s big reveal, it was this funky, concept-y thing that was the show-stopper parked next to the production-spec Jawa and Jawa Forty Two. 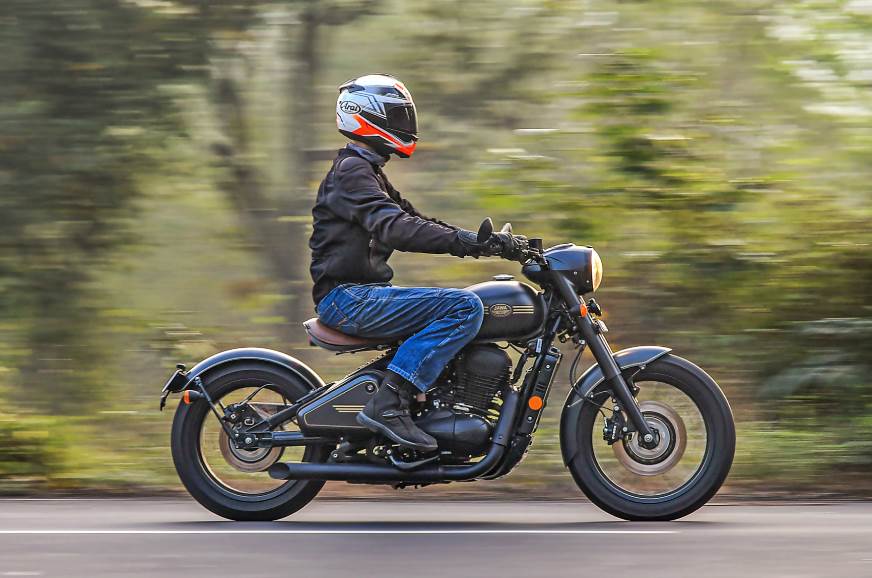 Now, a full year after the Perak was officially launched, we’re finally riding the motorcycle that looks just as out-of-the box cool as it was on that stage in November 2018. What the Perak essentially is, is a bobber take on the standard Jawa, with a unique and eye-catching cantilevered seat in place of the rear subframe. The seat is bolted to the main frame via a tough looking sheet of metal and its tan shade contrasts beautifully with the matt black theme and gold pinstriping on the bike. There’s a neat round LED brake set into the back of the seat and behind that is a large fender with nothing but air above it. 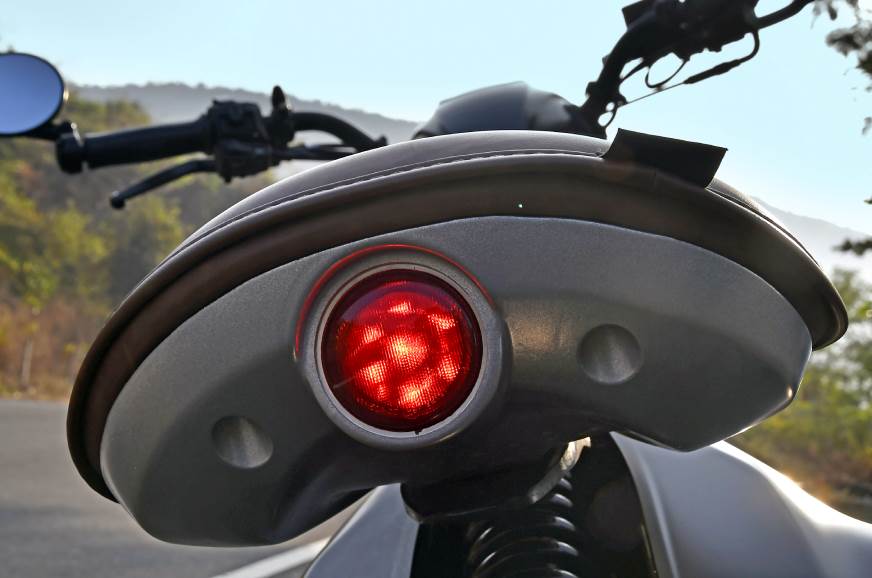 LED tailight is neatly integrated into the rear of the seat.

Creating this unique design demanded a new frame and swingarm. Another big part of the Perak’s concept-bike look are the slim slash-cut exhaust pipes on either side. The only way this could be made production ready was by hiding the emissions-relevant collector box underneath the bike. Throw in those wide triangular side panels and the Perak looks almost alien on our roads.

While it is stunning from afar, a closer look reveals that the finish levels are also a little higher than the current models from Jawa. However, some existing issues do continue and the speedometer still traps moisture on cold mornings, while its poorly judged placement means the rider can’t read the bottom half of the dial. There is still some room for improvement in the finish as well, particularly in the uneven gaps you’ll see in the exhaust heat shield. Another eye sore are the exposed cables for the rear indicators which are held in place with roughly cut zip ties. Our bike had clocked less than 650km and while it displayed no rattles, it did manage to lose a bolt that holds the rear fender in place. 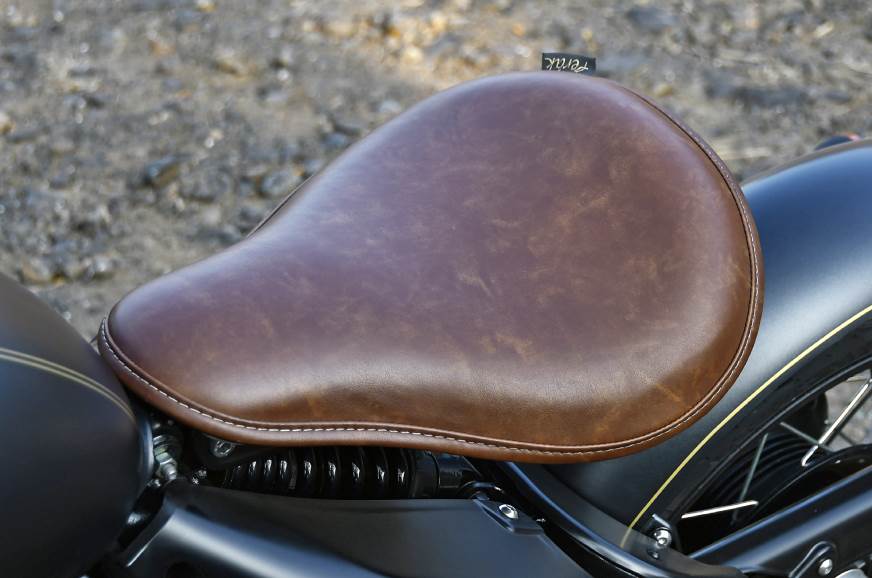 Tan shade contrasts beautifully with the matt black theme and gold pinstriping on the bike.

Such a sensational design does bring its share of negatives. The riding position is painful because the seat to foot peg ratio is even more cramped than it is on the normal Jawas, partly thanks to a 10mm lower seat - now 750mm tall. The issue is that the foot pegs are quite rear-set and too high up, which means it won’t be long before your knees and hips will be begging for a break. The soft seat will have your rear end joining in protest soon after as well.

The Perak’s ride quality can also be quite punishing. The suspension travel has been reduced at both ends to give it that low slung look, but with just 86mm of rear wheel travel from that neatly recessed rear shock, bumpy roads will give your back a beating. Another drawback is that the ground clearance has dropped to 145mm and the bike will scrape over sharp speed breakers if you’re not careful. 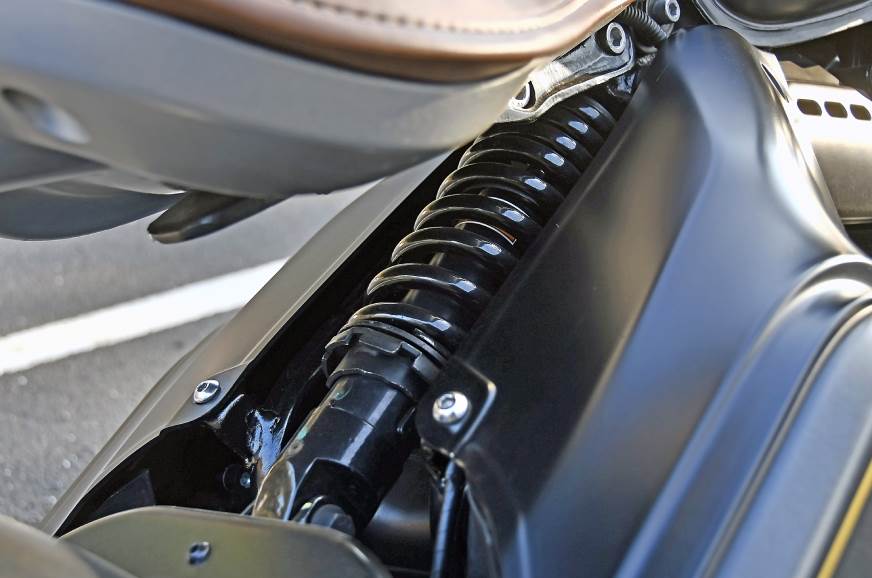 On the plus side, the 175kg Perak feels light and agile, even though its wheelbase has been stretched by a massive 116mm. With wider tyres at both ends, the handling is quite nice too, but the lean angle available in left handers is compromised by the side stand which scraps rather easily. Heavier riders will compress that rear shock more as well, which will result in the right-side exhaust eventually scraping in the corners.

It’s a good thing that the lean angle is limited because pushing hard has the rear end feeling soft and disconnected. The brakes are the same as on the smaller Jawas and while they have a dull feel, they slow the bike down well enough.

The Perak is a motorcycle best experienced over shorter distances, but if you’re willing to bear with the uncomfortable ride quality, its bigger engine is game to carry higher speeds. This liquid cooled 334cc motor is 41cces bigger than the engine in the normal Jawas and it produces about four  horsepower more and five newton meters of additional torque. 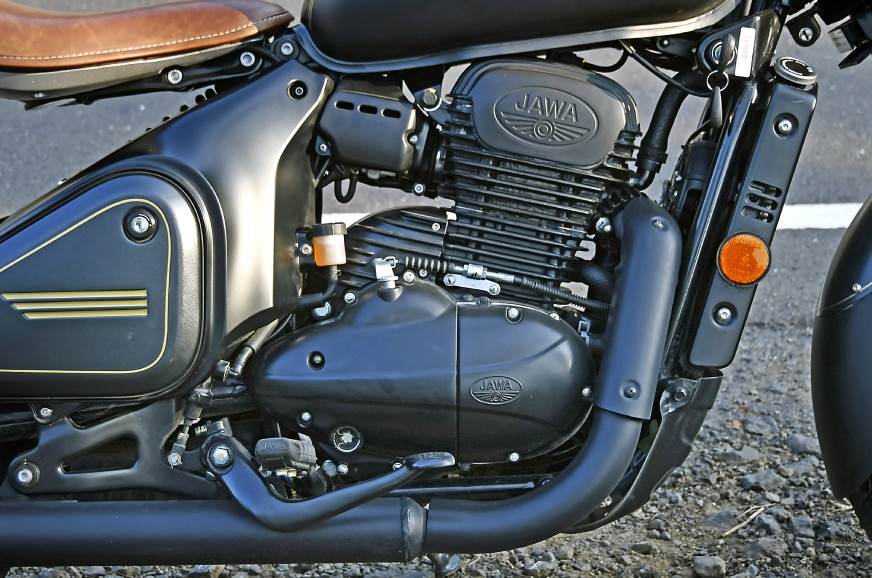 The feel of the engine is quite similar and it also produces that typical thrummy exhaust sound that has become quite identifiable with Jawa. The motor also has a familiarly flat power delivery, but there is a noticeably stronger surge as the revs climb and our test figures show that the Perak is respectably quick. The added oomph from this motor would be welcomed in the normal Jawas.

There are some mild vibrations to be felt at higher speeds and these do get strong near the top speed of about 140kph, but then again, this isn’t the sort of bike you’d ride like that for long periods.

It’s brave (and commendable) for the company to have taken such an uncompromised approach to style, no matter the resultant compromises in practicality. This is a strict single seater and those large panels on the side have no significant storage space apart from holding a small tool roll and some papers. It's not like the Perak is loaded with features either and dual channel ABS is standard, but beyond that, things are quite spartan.

At Rs 1.97 lakh, ex-showroom the Jawa Perak isn't something for the motorcyclist who dreams of a gentle cruise, a long tour, or just a thrilling ride - there are plenty of similarly priced, but better suited alternatives available. One more thing to consider is that there’s no knowing how the Perak’s quality and reliability will fare in the long run, because there simply aren’t that many on the road yet.

However, another way to look at the Perak is as a bike that will attract attention like only a cool custom motorcycle can, but one that has also been through the rigours of factory levels of testing and is fully homologated for road use. You even get a 2 year/24,000 kilometre warranty. For those who want nothing more than to stand out from the crowd and are considering spending big money on customising their motorcycles to do so, the Perak comes across as an interesting alternative. 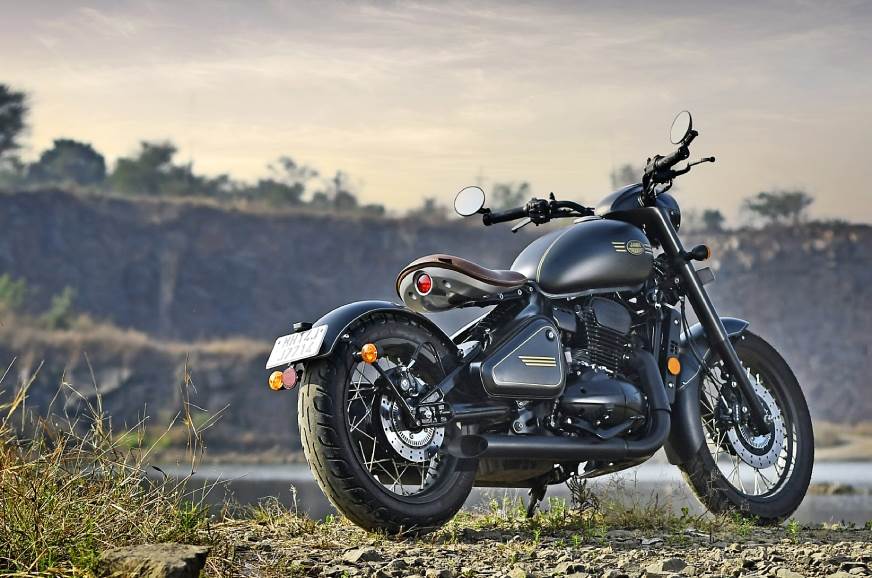