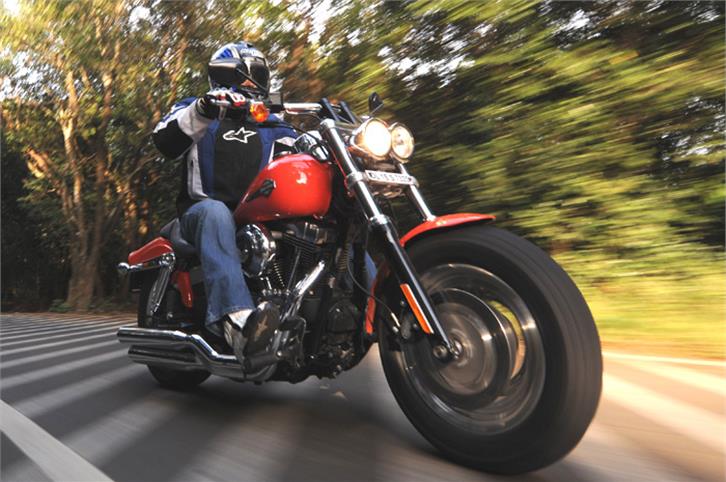 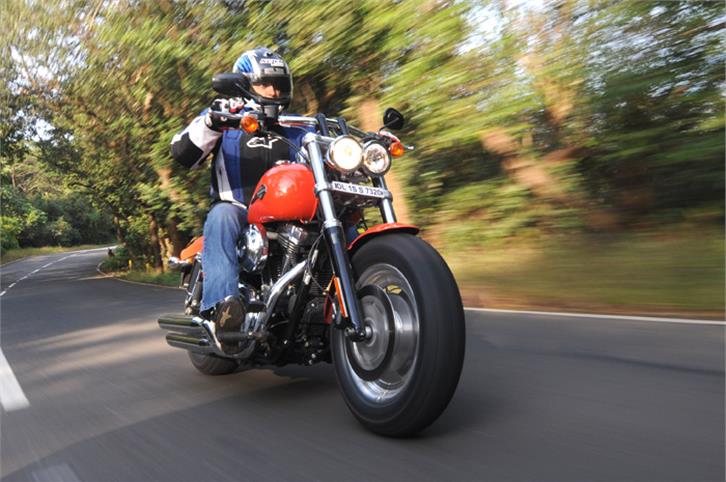 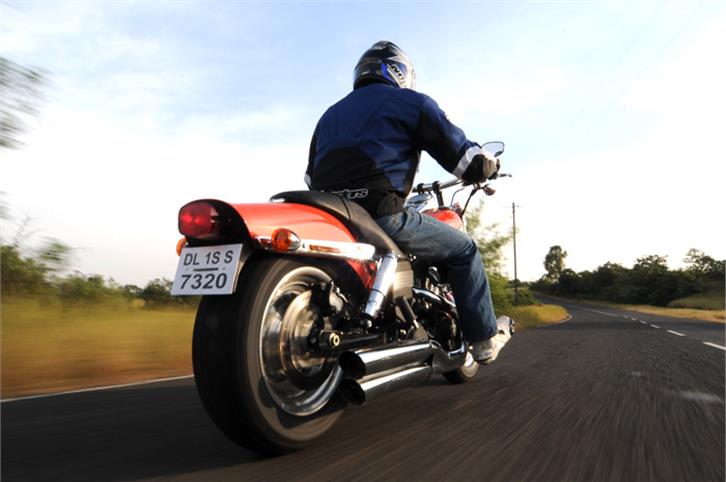 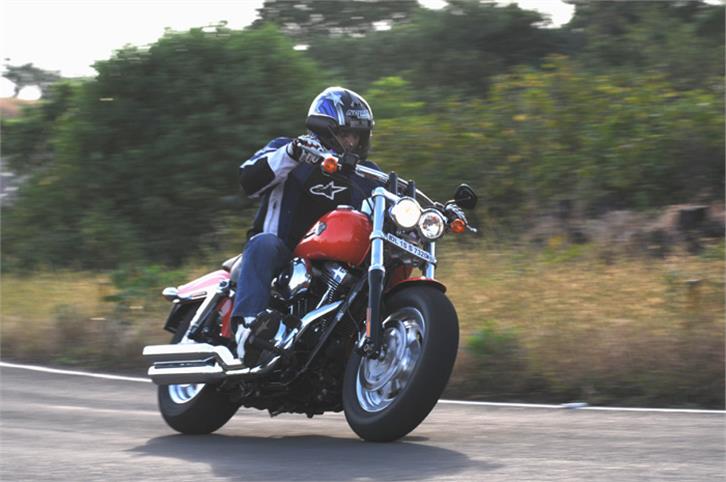 We hop onto a Harley Fat Bob to find out how it takes to the open road.

Harley-Davidson has just launched the new Fat Bob, assembled in India as a CKD package and priced at Rs 12,80,000 (ex-showroom, Delhi). This company isn’t one to shy away from putting up a brave fight. Since the early 1900’s, the iconic motorcycle maker has battled and overcome its fair share of difficulties, the all-American firm having made it through both World Wars and the great depression of the 1930s. We’ve just been fortunate enough to cruise astride its latest Indian motorcycle, making our way up the twisting roads between Mumbai and Pune on a Fat Bob.

The Fat Bob looks overwhelming, and being what it is, draws a lot of attention. Riding a Harley, especially one the size of the Fat Bob in congested Mumbai traffic, is no mean task. It always takes several skipped heartbeats and a lot of careful manoeuvring before you can actually find your way out and onto the open highway, where a powerful, low motorcycle like the Fat Bob feels so much more at home. You can now stretch your legs, sit back and soak in the essence of a squat, heavy motorcycle like this.

The Fat Bob’s torque-laden air-cooled, V-twin, 1585cc engine packs ample punch, while its six-speed gearbox has a Harley-typical mechanical and heavy feel. All undulations and road patchwork are adequately soaked up by the Fat Bob’s telescopic forks and enclosed coil-over rear shock absorbers. Riding the Fat Bob is an exhilarating experience, one that generates a lot of public attention.

The Fat Bob possesses all the character required to excite a diehard Harley-Davidson fan. Our ride astride this fun to ride motorcycle proved refreshing and impressive, at every step of the way.