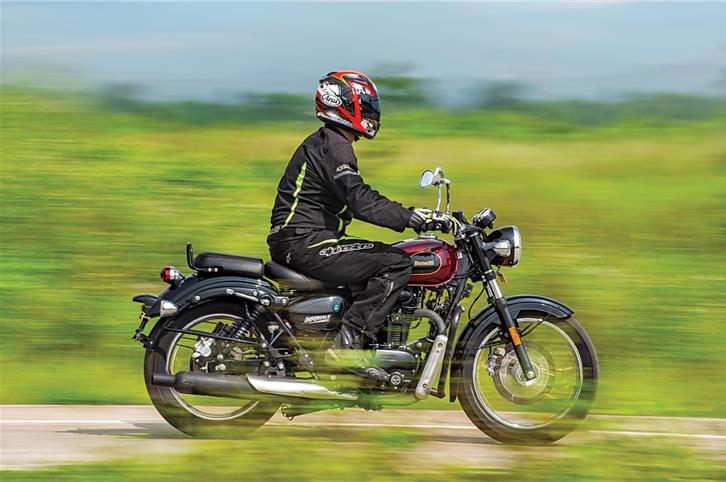 Benelli’s rival to the Royal Enfield 350cc range gets a BS6 update that brings noticeable improvements.

The Benelli Imperiale 400 in many ways reminds one of David who took on Goliath, the Royal Enfield Classic 350 in this case, and triumphed. In fact, we were so impressed by the 2019 Imperiale 400 that we crowned it the best motorcycle in the segment. Cut to the year of the pandemic and we’ve spent a few days with the new BS6 Benelli Imperiale 400. This is what it is all about.

Let’s get straight to the business end of the motorcycle, what we have here is a fuel-injected, 374cc engine that develops 21hp at 6,000rpm and 29Nm at 3,500rpm. While the power and torque figures are identical to those of the BS4 engine, the RPMs at which they peak are 500rpm and 1,000rpm lower, respectively. 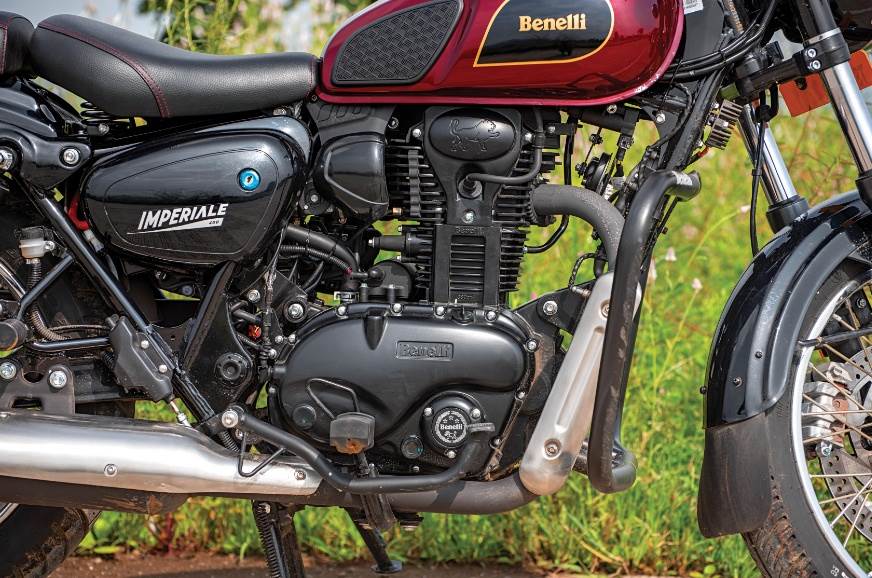 Better performance and efficiency from the updated engine.

Since the peak torque in the new engine arrives earlier in the rev range, the BS6 engine is notably more responsive and tractable than the BS4. In our in-gear acceleration tests, the BS6 Imperiale beats the BS4 motorcycle in all parameters. For instance, the time taken to get from 50-80kph in fourth gear is nearly a second quicker.

Overall, performance has also improved, albeit marginally. In the run from 0-60kph, the BS6 motorcycle took 4.99sec versus the BS4’s 5.02sec, while the difference in time taken to get up to 80kph is a mere 0.05sec.

Benelli has clearly tried to inject more effortless low-end performance than what you’ll find on the Classic 350 and this has not come at the cost of refinement. The bike also retains its sweet soundtrack, despite the addition of a secondary catalyser and a new air filter. 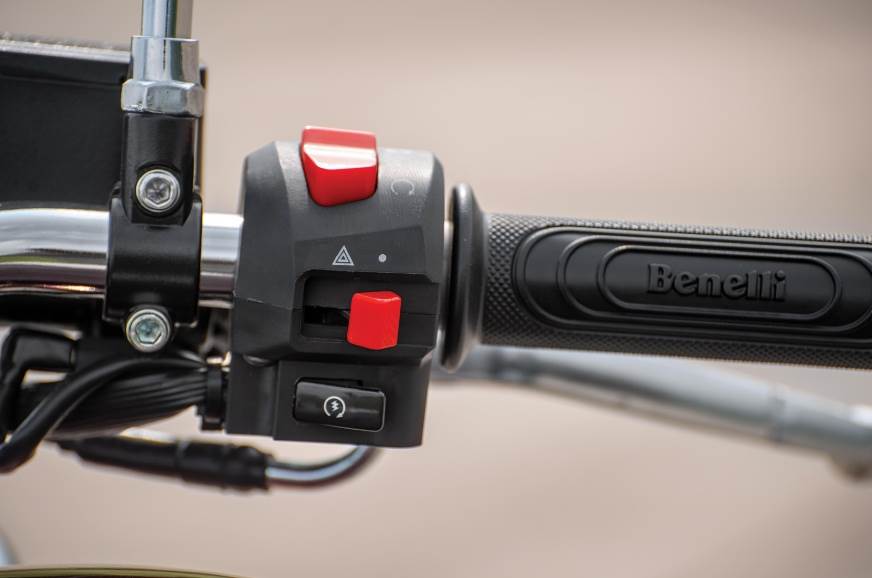 Hazard lights are a segment first.

The other advantage of the improved tractability is better fuel economy. Whether it is in the city (30.28kpl vs 31.65kpl) or out on the highway (35.32kpl vs 37.25kpl), the new engine is more fuel efficient, something the pennywise will appreciate.

What hasn’t changed is the Imperiale 400’s design and plush ride, but it gets borderline bouncy over a series of undulations, especially at the rear.

The move to BS6 has been an expensive affair for most manufacturers, but especially so for Benelli. The BS6 Imperiale 400 retails at Rs 20,000 more than the BS4 model’s price and that is a huge leap. If you can take that hit, the Imperiale 400 remains a well-rounded city and highway machine, especially if you are looking to stand out from the crowd.