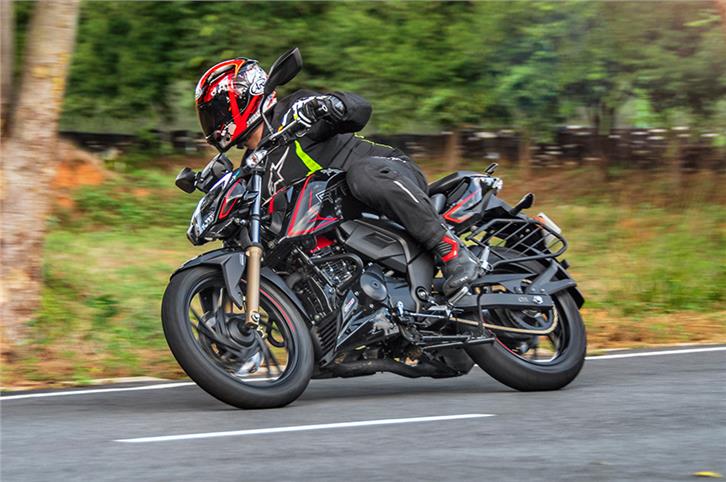 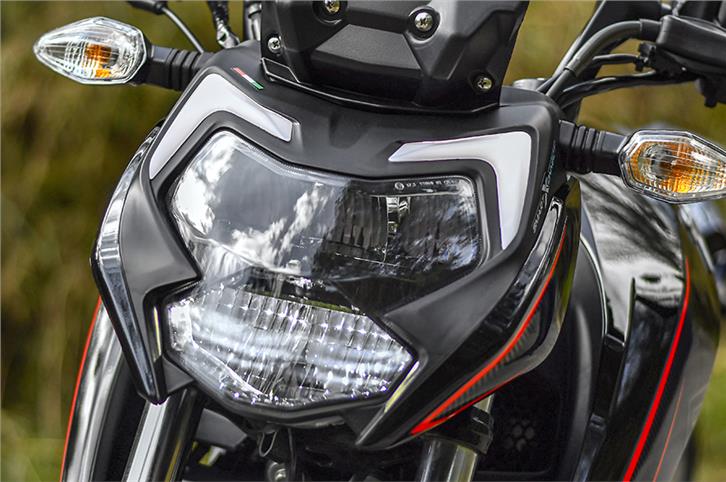 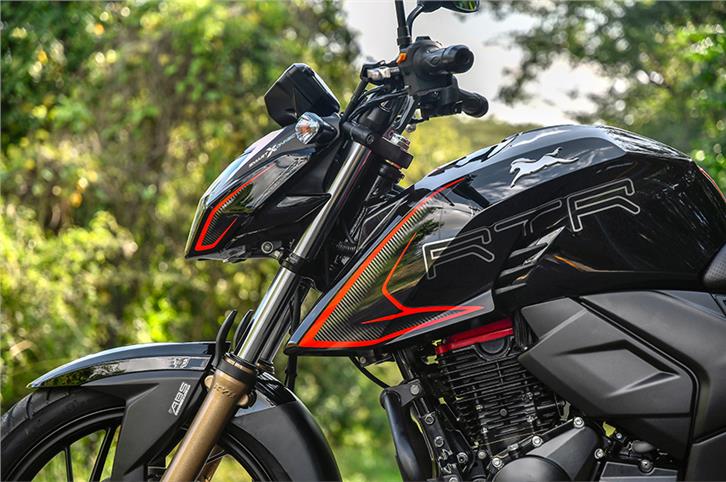 If there was one TVS Apache RTR model that offered a great mix of performance, handling and practicality, the 200 would be it. It's one of the most successful Apaches to date and it isn't surprising that TVS is putting all its might behind the RTR 200 4V as it steps into the BS6 era – one in which performance could take a hit in the interest of cleaner tail-pipe emissions. But is it still as much fun to ride as the outgoing BS4 model?

When you stand in front of the 2020 RTR 200 4V and look at the new LED headlamp, those plastic extensions that surround it appear as a pair of fangs – or anything similar that your imagination may conjure! It does take a while for the new design to sink in, but let's just say that it isn't as easy on the eye as the previous bike's design. That said, this shape suits the black paint job on the test bike and I honestly feel that its unusual design will appeal to many; once the initial shock wears off. At least that was the case with me.

Move past this and the rest of the motorcycle is the same, save for the new side panel. A set of contrasting red graphics run across the length of the RTR 200, mainly accentuating the lines on the fuel tank and panels. Even though these changes are subtle, the RTR 200 continues to look fresh and the swirl-style alloy-wheel design looks great, even at standstill. 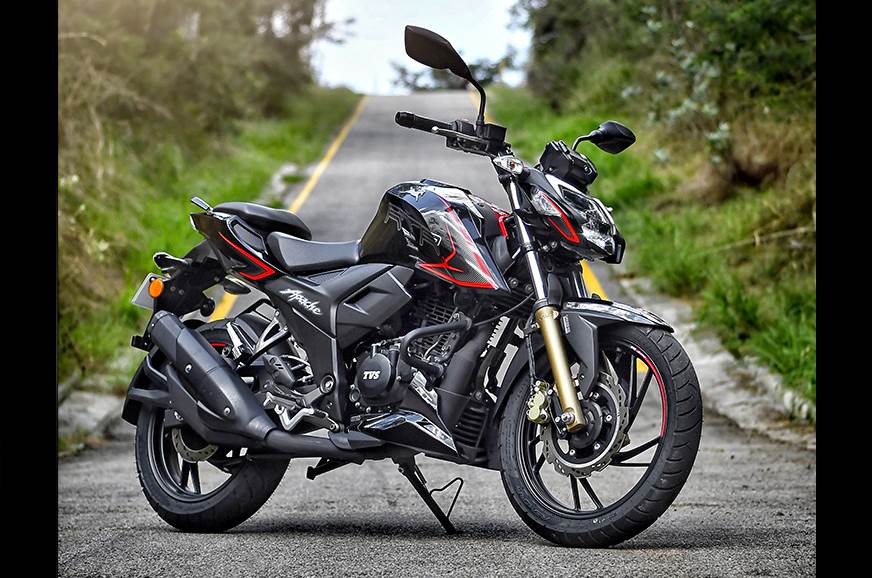 It debuted in the last 200's update in October 2019, but this is the first time we’re experiencing TVS’ ‘Smart Xonnect’ technology. This Bluetooth-pairable instrument cluster displays a plethora of information including lap times, top speed, incoming caller name and a lot more. A dedicated phone app also allows riders to track their ride telemetry and maximum lean angle achieved. However, the latter is recorded by using the phone's gyro sensors and requires the device to be rigidly mounted to the bike in a vertical position.

How is its new BS6 engine?

The RTR's 197.75cc, oil-cooled motor has always packed a punch despite its size, and that mainly has to do with it an incredible sense of urgency. It loves to be revved; and thankfully, this nature continues in the BS6 engine as well. TVS has employed a new, lightweight piston that further contributes to the bike's rev-happy nature; and we are happy to note that the RTR 200 hasn't lost any of its character while conforming to the new emission norms.

Those with a keen eye on the spec sheet will notice that though the power figure remains unchanged, the new motor produces slightly less torque. However, in the real world, there's no perceivable drop in performance. The RTR 200 still feels as quick as ever and the accompanying throaty exhaust note adds to the sense of speed. This motor is not as refined as the BS6 engine on the RTR 160, but the vibrations do not bother to an extent that'll put you off. I'd say it's more in tune with the nature of the motorcycle.

That TVS has fitted its Glide Through Technology (GTT), as seen in the BS6 2020 RTR 160 4V. Given that this motorcycle will spend most of its time battling city traffic, this feature is welcome. GTT uses the fuel-injection system to inject a small amount of fuel that allows the bike to smoothly crawl forward through congested roads without the need for throttle inputs – something along the lines of like the creep function in a car with auto transmission. 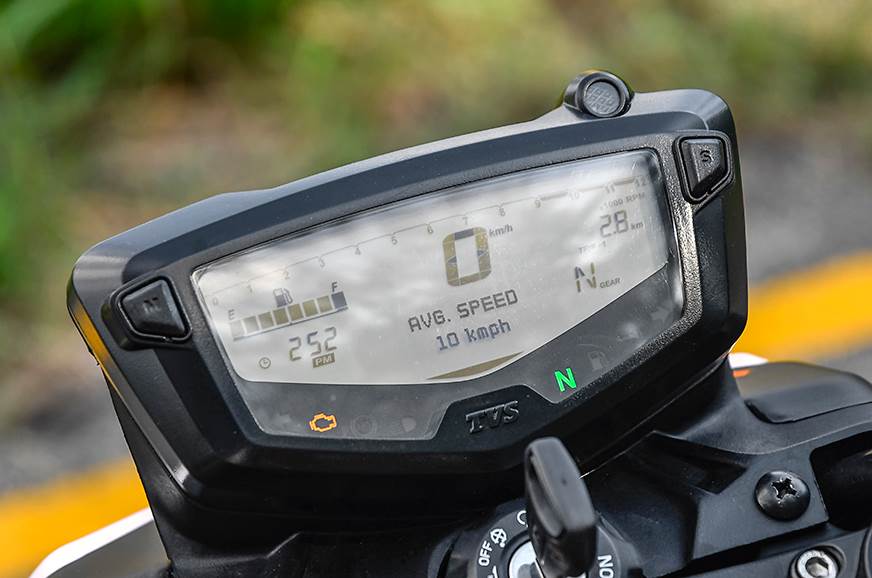 How does it handle?

But, in all honesty, the RTR 200 has always been in its element around a set of corners, away from the confines of a city; and the new BS6 version doesn't disappoint in this regard either.

The KYB fork at the front and Showa monoshock at the rear are carried forward from the BS4 model and offer a good mix of ride and handling. Along with the feedback-rich chassis, the RTR 200 V4 is a treat to chuck around corners. For instance, while riding around the TVS test track's extra-long, right-hander parabola, the RTR stuck to an intended line with pinpoint accuracy. The new, grippy TVS Eurogrip radial tyre at the rear is also part of the reason why the RTR 200 feels so confident, especially while powering out of corners. It truly goes to show that a well-engineered, small-capacity machine can turn out to be quite the entertainer.

The Apache RTR 200 4V has always been the most well-rounded motorcycle in the 200cc segment. With the BS6 update, the price has gone up by Rs 10,000, which is justified, considering the long list of features it offers as standard, including a slipper clutch. And even if this wouldn't be enough, it's the RTR's ability to keep one engaged that truly makes it such an enjoyable proposition. 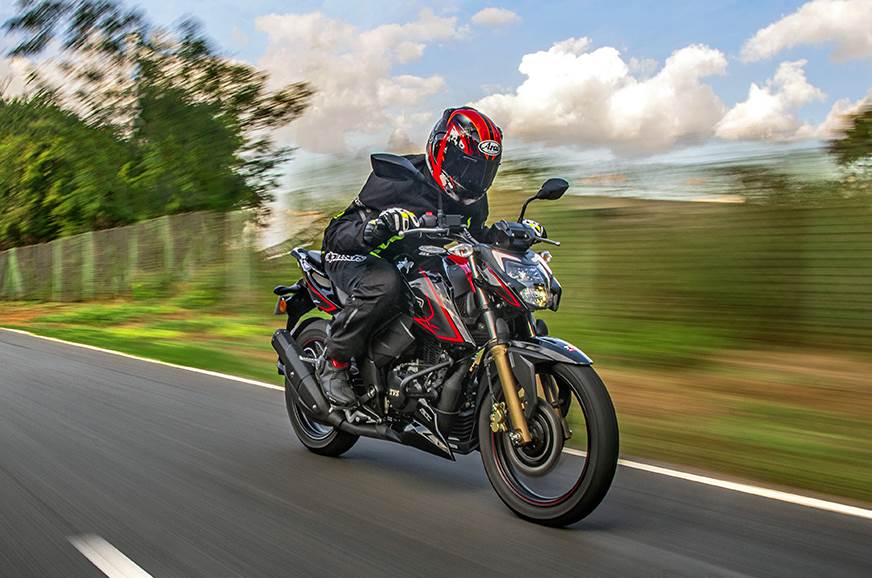