The Radeon is the latest addition by TVS in the highly competitive commuter motorcycle segment. 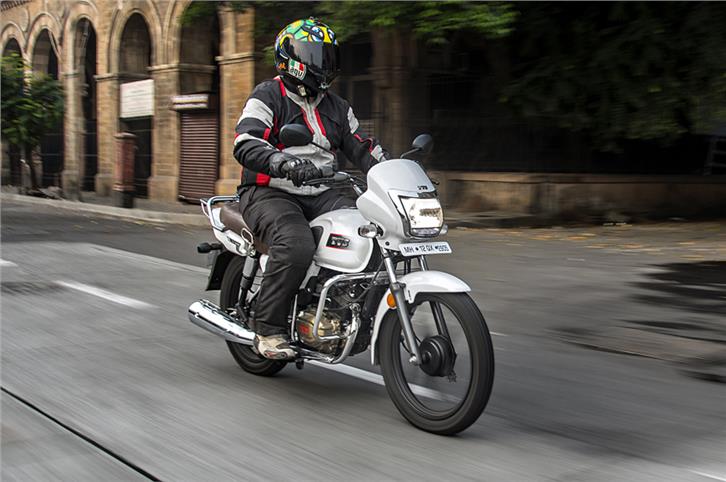 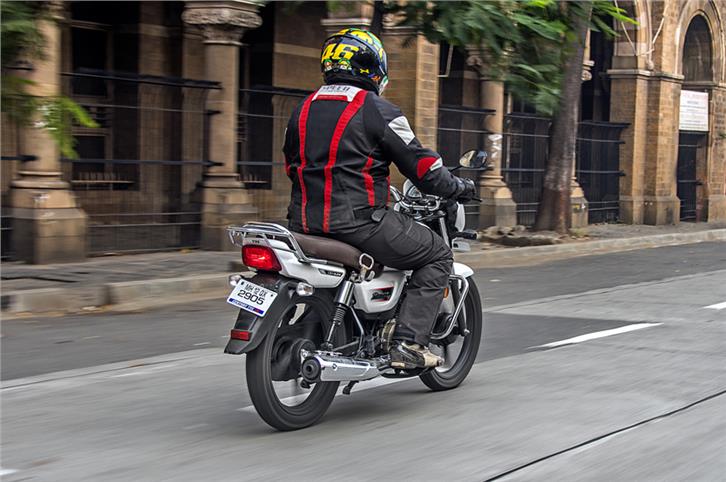 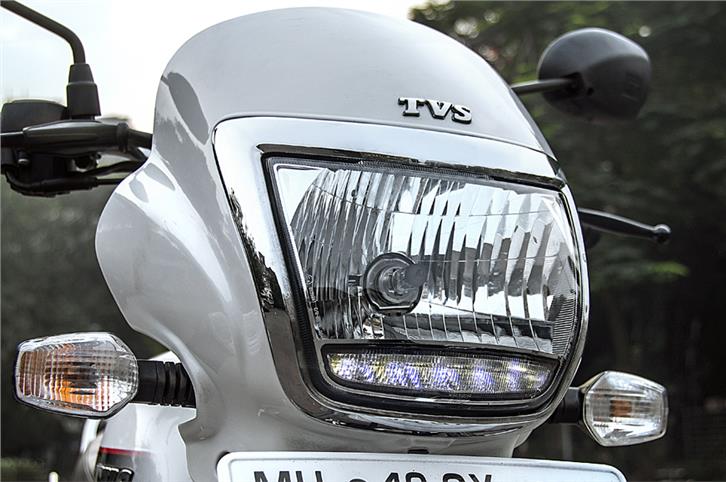 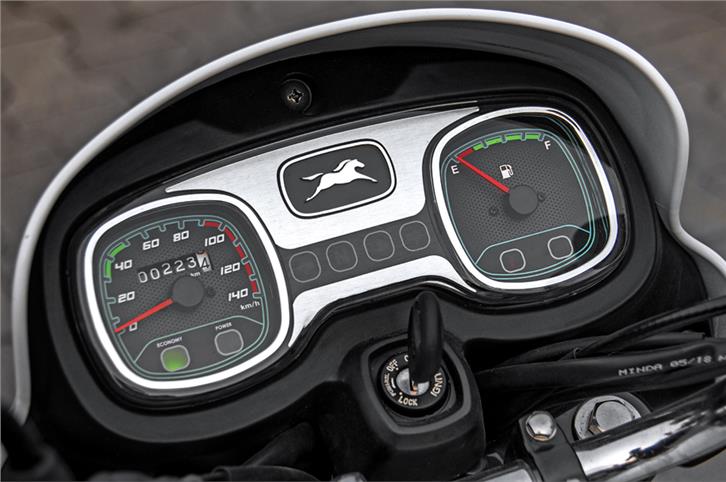 When TVS launched the Radeon a few months back, it took many by surprise; after all, it already had three motorcycles in its 110cc commuter portfolio – Sport, Star City+ and the Victor. However, TVS felt there’s room for more and has positioned the Radeon between the Sport and the Star City+, and is targeted towards semi-urban and rural markets. We spent few days riding the new commuter and here’s what we think of it.

Designing a commuter motorcycle isn’t an easy task; the styling can’t be too sporty or flashy and neither can it be too restrained. The first thought that sprung to mind when I saw the Radeon was the Hero Splendor. The fuel tank, centre panels and even the tail-lights are similar to the most popular commuter bike sold in our country. However, what makes the Radeon look distinctive are the tank pads, brown saddle and the headlight (with LED DRLs). While I am not a fan of bling, many of my fellow countrymen are, and they will be happy to see the gold finish on the engine case and the chrome bezel on the headlight. 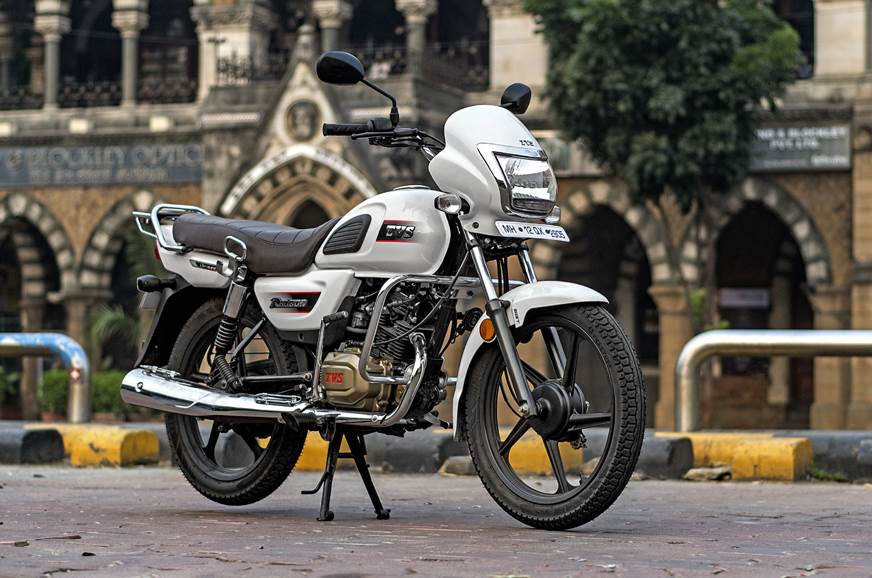 The Radeon gets a twin-pod analogue console, which has been laid out well and is easy to read. The information displayed includes necessities like a fuel gauge, speedometer and odometer. For added safety, the bike features side-stand indicator with an audible warning. The Radeon also comes with a USB port as an option and it's positioned in the headlight casing. Customers can use a mobile mount (to be purchased as a third-party accessory) and charge their phone while riding, or keep their phones in the tank covers, which is popular in rural and semi-urban markets.

Fit and finish levels, as expected from TVS, is impressive, despite the bike being priced under Rs 50,000. None of the panels rattled on rough roads and the paint quality is also likeable. Switch gear on the Radeon is among the best in its segment and going by my previous experiences with TVS commuters, they are built to last. 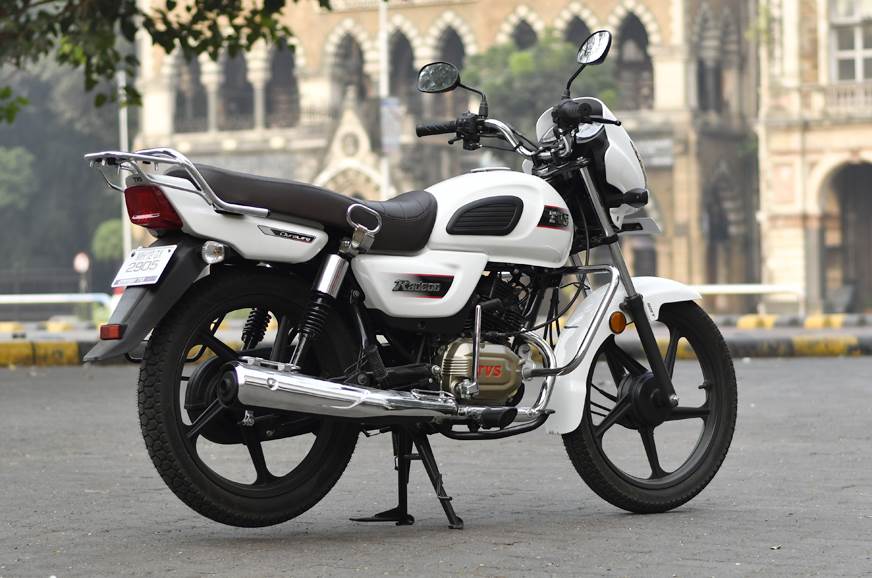 While the Radeon isn’t breaking any new grounds in terms of styling, but it did manage to standout and many of the commuter bike owners I interacted with liked the design. While majority of them felt it has the Splendor vibes, yet, the overall styling is much better executed and it looks more rugged.

Powering the new Radeon is the same 109.7cc Duralife single-cylinder, air-cooled motor as seen on the TVS Star City+ and power output is identical at 8.4hp and 8.7Nm of torque. The Radeon feels peppy by commuter standards up to 60kph, which is adequate for city riding. On the highway, the motor is comfortable until 70kph, after which it feels strained, while the 4-speed gearbox with heel-and-toe shifter performed aptly. Two aspects of the powerplant that impressed me were refinement and the throaty exhaust mildly mimicking the TVS Apache RTR 200 4V. 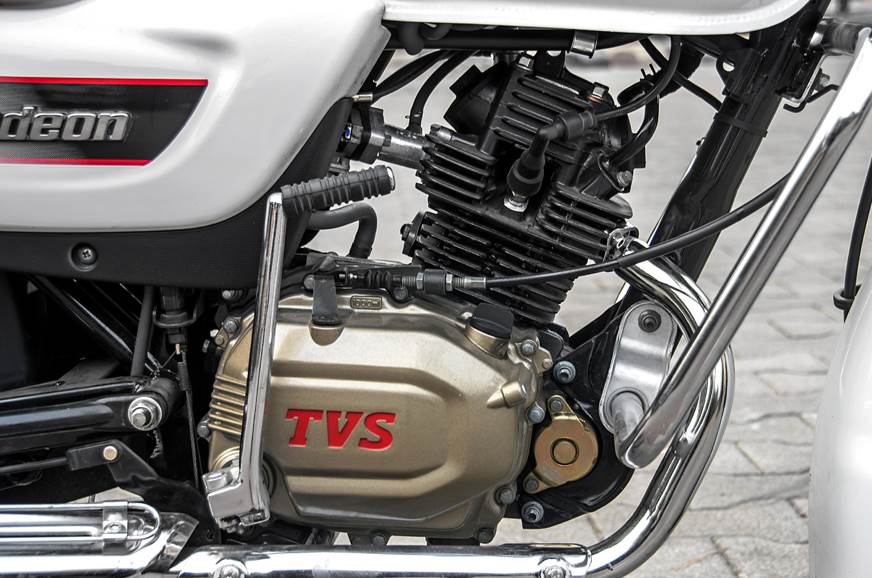 As expected, the riding position is upright and comfortable thanks to the raised handlebar. Adding to the comfort quotient is the perfectly padded seat, which was a boon during the three-hour fuel efficiency run on the highway. And this brings us to the most crucial figures for a commuter motorcycle customer. In our fuel efficiency run, the Radeon delivered an impressive 78.5kpl on the highway, while the figure dropped to 57.7kpl in the city. With 10 litres of fuel tank capacity, a real world range of above 650km is easily achievable.

The Radeon’s frame and suspension components are also shared with the Star City+. However, the suspension is set-up is on the firmer side in comparison, and while it rides over broken surfaces and undulations rather easily, it doesn’t feel comfortable over sharp bumps and potholes. The upshot to the firm ride is that the bike doesn’t wallow like the Star City+ with a pillion or when you feel enthusiastic around bends. The other reason for the firm setup would be to carry a heavy load without unsettling the bike as commuters aren’t used just as a mode of transport in rural areas. For added stability, the bike rides on 18-inch wheels with tubeless tyres. 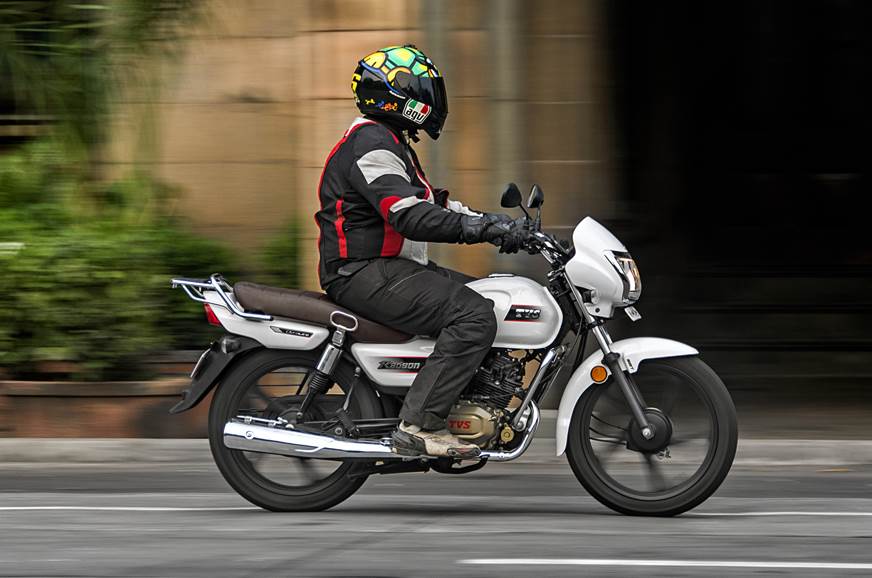 Another aspect of the Radeon that I really enjoyed was its agility; you can aim for the tightest of the gaps while riding through the harrowing urban traffic. It’s also the first bike in its segment to feature SBT (Synchronized Braking Technology), and while the stopping power offered by the drum brakes is decent, disc brake should have been optional.

I did have my apprehensions about the Radeon and questioned the need for another commuter in TVS’s portfolio. Although it shares a lot of components with the Star City+, the latest model does manage to stand out on its own. While it’s targeted for the semi-urban and rural market, it does have the qualities to be a good urban workhorse too. It delivers everything that a commuter motorcycle customer demands and adding to its appeal is the aggressive Rs 48,990 (ex-showroom, Delhi) pricing. On paper, TVS could have another winner on its hands, but this is a highly sensitive category – where acceptance from masses can make or break a product – and that will be the true test for the Radeon. 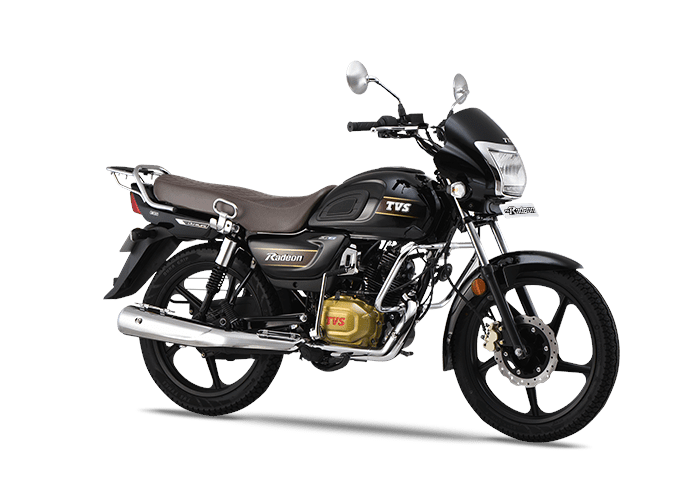