Is the fuel-injected model worth the additional Rs 7,000? We ride it to find out. 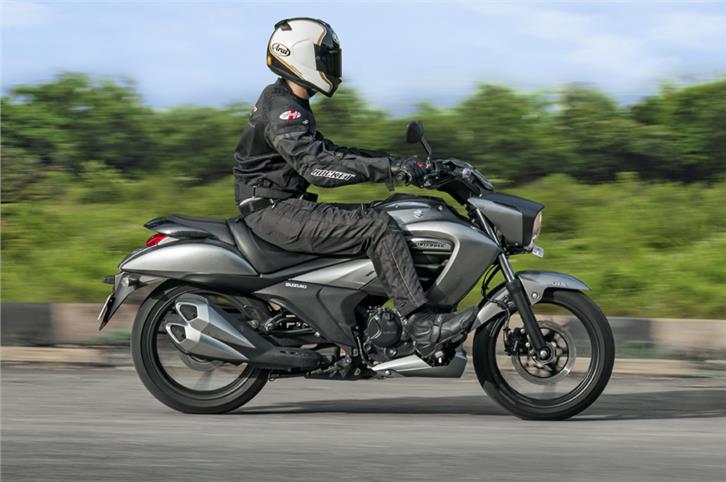 Suzuki had launched the fuel-injected Intruder back in March 2018, around four months after the debut of the carburetted bike. Aside from the different method of fuelling, the bike remains largely unchanged. This switch in fuelling, though, has brought about a small change in the feel of the motorcycle. Let’s also discuss how the bike holds its own in the market, eight months after its launch.

The Intruder FI uses the Gixxer-borrowed 154.9cc air-cooled mill that we know and love, but with similar changes to the air box and sprocket sizes as seen on the standard Intruder. The motor continues to produce 14.8hp and 14Nm of torque and, like the Gixxer, the Intruder FI comes with a precise and refined gearbox. The only change on the spec sheet is the difference in weight – the FI weighs 1kg over the carb bike for a total of 149kg. This weight gain is negligible, but there is a noticeable change that comes in the form of improved throttle response. 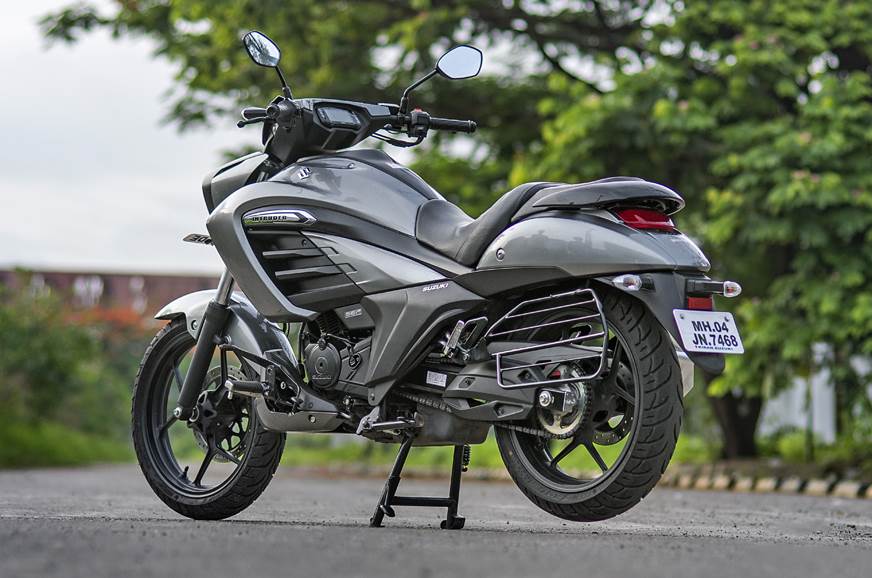 Beyond this, the bike feels very similar to its carburetted sibling and the FI motor feels refined with a strong mid-range, but a weak top-end. Unfortunately, we never had the chance to perform an efficiency test on the carb bike, but the FI model returned a decent 47.17kpl on the highway and 43.13kpl in the city. Suzuki doesn’t claim official figures, but our test numbers are quite close to what we achieved on the carburetted Gixxer, so we don’t expect to see a vast difference between carb and FI efficiency on the intruder either. 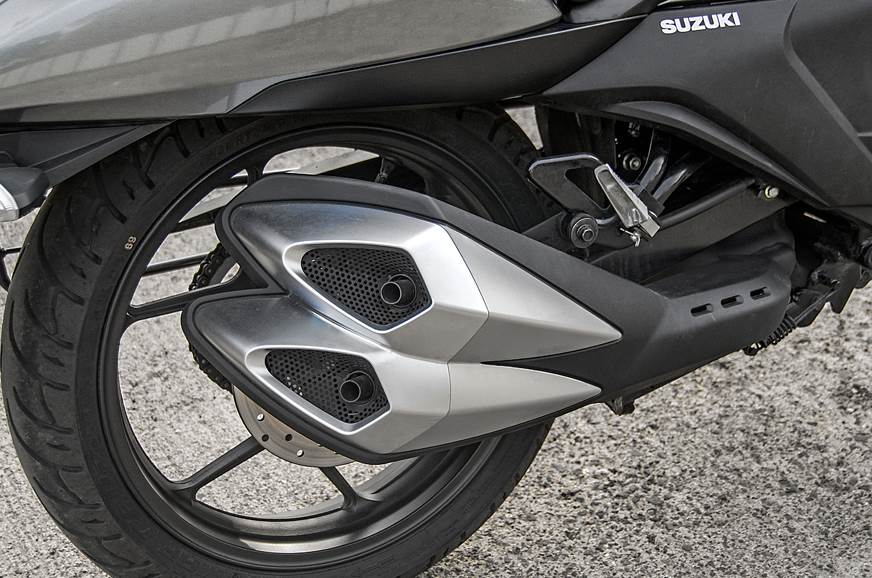 Yes, the Intruder still manages to turn just as many heads as when we first rode it, and it still does this without the use of bright colour schemes or complex sticker work. The unique headlight, long fuel tank, curvy bodywork, wide tail and gigantic exhaust are styling touches unlike any other motorcycle in this price bracket. So it doesn’t come as a bad thing that the only visual difference from the carburetted version is a fuel-injection decal near the headlight cowl – this bike is still going to catch just as much attention! 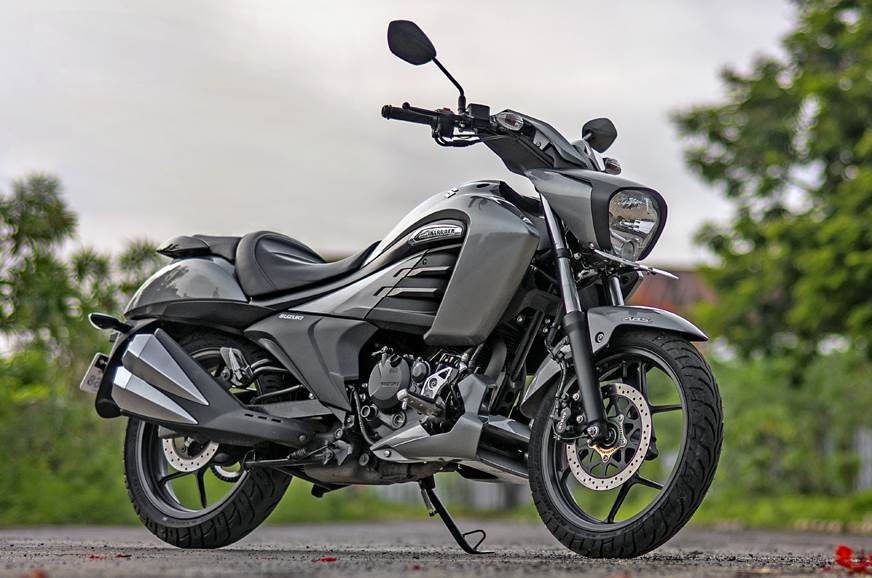 The Intruder FI continues to offers a relaxed, feet-front riding position that is accommodating for tall riders, while the low 740mm seat height means it will be friendly to riders of all sizes. The bike shares its frame (albeit a modified version), tyres and brakes with the Gixxer, which means the Intruder inherits its sporty dynamics. It may look lethargic by design, but the Intruder will surprise many in the corners – it changes direction well and has a nice, stable feel. Comfort levels are high for the most part, except for when you hit those menacingly large speed breakers or potholes. While the bike doesn’t lose composure, it is you who will feel the hit because of the rear shock (that offers less travel than the Gixxer) and riding position. Keep in mind that all of these traits are the same on the carb Intruder. 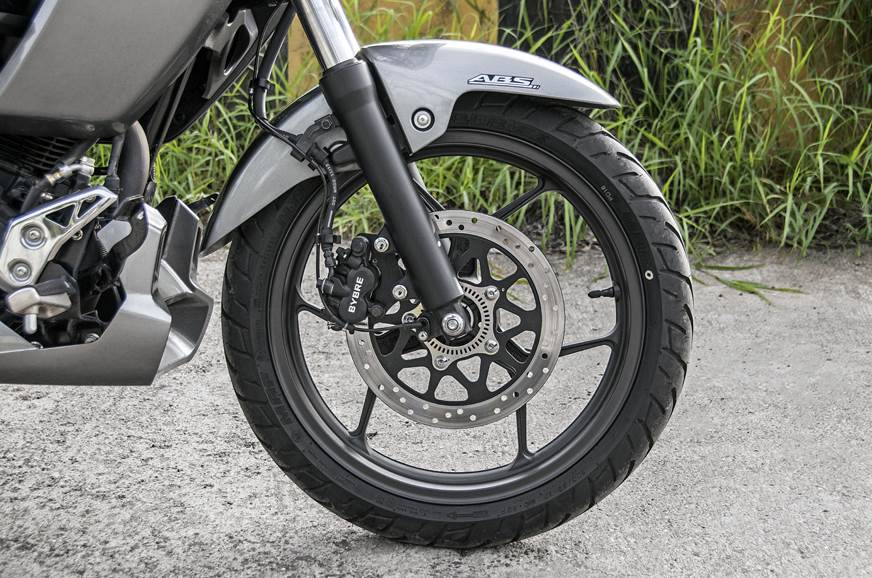 Priced at Rs 1.07 lakh (ex-showroom, Delhi), the Intruder FI costs Rs 7,000 more than the carburetted variant. While it does offer the convenience of slightly better throttle response and the convenience of not having to worry about a choke, we would suggest saving the money and going for the carb bike, as the overall experience is quite similar.