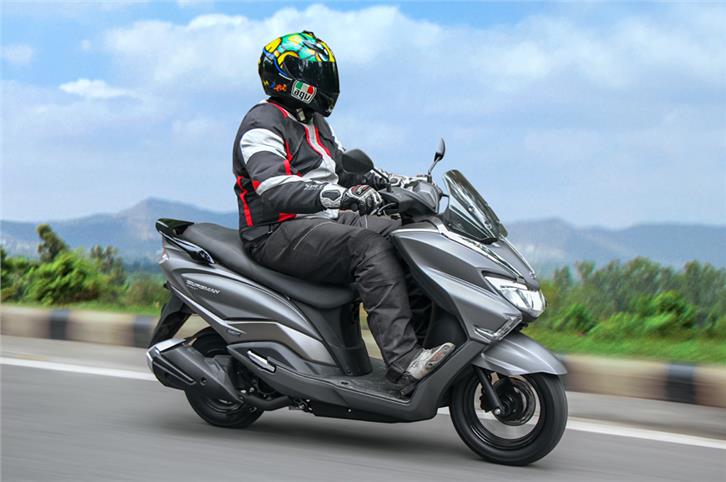 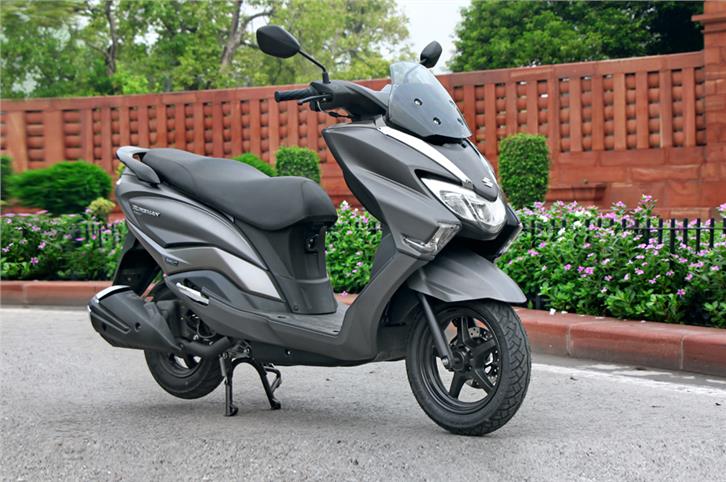 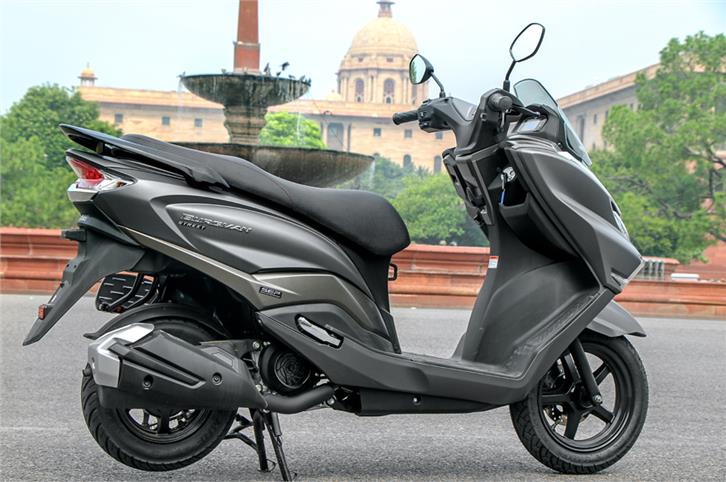 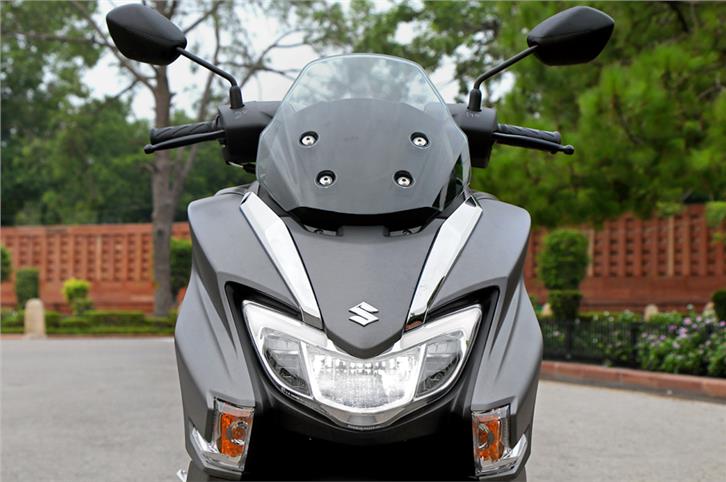 Suzuki revives the maxi-scooter genre in India, but can the new Burgman Street justify its premium pricing?

Activa: what a household name this has become. The Xerox of the scooter market, as it were. While its success has been untouchable in the 110cc segment in India, Honda simply hasn't been able to make anything close to as big an impact in the 125cc space. In this segment, it is the Suzuki Access 125 that has reigned supreme for a very long time, and continues to do so.

Keeping the momentum going, Suzuki has now added to its 125cc arsenal with its first maxi-scooter for India – the Burgman Street. Like the Gixxer siblings and the Intruder, the new Burgman Street has been specifically developed for the Indian market. We got to spend some time with Suzuki’s premium new scooter and here’s what we have to say.

The major reason for the curiosity surrounding the Burgman Street is its maxi-scooter styling. We first got glimpse of the new Suzuki scooter at the 2018 Auto Expo, but under the glitzy arc lights and in company of larger-displacement motorcycles, its lines and proportions couldn’t be gauged properly. In a real-world environment, the Burgman Street looks good and its large proportions do make it visually appealing. The big front apron with the flyscreen is the two-wheeler's design highlight and Suzuki designers have also neatly incorporated the LED headlights and turn indicators into this panel. Moving further behind: its generous stepped seats, chunky muffler and sculpted rear panels flow well with the scooter's overall design. The rear section is also well-designed with chunky grab handles and the handsome LED tail-lights. However, the rear tyre looks out of proportion and a fatter rubber would have been welcome, purely for the visual effect.

Before talking about the maxi's features, I would like to specifically mention the LED headlamps, which offer a great throw. These are easily among the best LED headlights we have seen in the affordable two-wheeler segment. Also, the LED position lamp surrounding the outer edge of the headlamp is a nice touch. The Burgman Street is also the first Suzuki scooter in India to get a fully digital instrument console. The layout is clean and uncluttered, which makes it easy to read on the go. It consists of a speedometer, odometer, two trip meters, a clock and a fuel gauge. This is a good level of kit, albeit not as comprehensive as the TVS Ntorq.

There’s also no dearth of storage on the new Suzuki scooter. It features a large storage space that can stow a two-litre bottle, a compartment beside the multi-function key slot and an enclosed glove box under the handlebar which comes fitted with a 12V socket (a USB-charging port is an option) – but we'd have liked an option to lock this compartment. Under-seat storage capacity is rated at 21.5 litres (the same as the Access 125), which Suzuki claims is the largest in the segment. While there’s lot of space, it couldn’t accommodate an international-spec full-face helmet; however a locally built face helmet might just squeeze in. It also gets aluminium foot peg, which adds to the scooter's premium factor. Fit and finish quality – as expected from Suzuki – is impressive. The Burgman Street’s snazzy styling and large proportions makes it an attention-magnet. Yes, the skinny rear tyre does make it look a bit odd from the back, however it's proportions are much better-executed than, say, the Suzuki intruder.

When you hop on board, you notice that the Burgman Street feels unlike any other scooter on sale. The wide handlebar, tall windscreen and large footboard make the new Suzuki scooter feel premium. Its riding position is upright and comfortable, and the Burgman Street gets ‘flexible foot position’; this allows you stretch your legs out and place them on angled footrests moulded into the apron. This is a clever addition and it improves comfort, helping make long commutes less tedious. In addition, the long and well-padded seat (the Burgman gets better materials) makes this a pillion-friendly scooter.

Powering the new Suzuki offering is the tried-and-tested 124cc motor as seen on the Access 125. The air-cooled, single-pot motor produces 8.7hp and 10.2Nm of torque. Despite weighing 7kg more than its sibling, the Burgman Street has peppy acceleration. It also has a strong mid-range, making overtaking in urban environments a breeze. Refinement levels are satisfactory, but the motor sounds a bit gruff, especially at higher speeds.

Since it was a short first ride, we couldn’t test the performance or fuel efficiency of the scooter, ourselves; but the Japanese brand claims that the Burgman Street returns 53kpl (in their real-world test cycle) and has a fuel-tank capacity of 5.6 litres.

Gladly, the Burgman Street has carried forward the agility of the Access 125, and despite the new maxi-scooter's larger dimensions, you can squeeze it through traffic easily. The Suzuki engineering team must get credit here, because the visibly larger Burgman Street weights just 6kg more than the Access 125. The disc brake unit at front and a drum unit at rear do a good job shedding speeds with CBS as standard. Ride is compliant at sensible speeds as the telescopic front fork and monoshock unit do a good job of absorbing bumps. We do one complaint, though, and that is with the restyled handlebar. The bar is set lower than that of the Access, and if you’re a tall rider, the bar-ends brush against your knee while taking U-turns. The Access is one of the few scooters in the Indian market that is comfortable for 6ft-plus riders and it's disappointing to see that Suzuki's new maxi-scooter can't make the same claim.

I always felt that the Indian market deserved an affordable maxi-scooter and I am glad that Suzuki took the plunge in this segment. While it might not be as flashy or sporty like some of its competitors, the Burgman Street does everything you would expect from a scooter – it’s spacious, comfortable, easy to ride and fairly well-equipped, too. Yes, as a family scooter, the Suzuki Access 125 makes more sense, as it offers almost all that the Burgman Street offers while being Rs 8,900 cheaper. However, it’s nice to see Suzuki taking a different approach. What the Burgman Street offers is exclusivity in a market filled with similar-looking scooters with the same, rather mundane styling; and exclusivity – along with premium features a like a good set of LED headlamps – comes at a price. In the Suzuki Burgman Street’s case, that price is Rs 68,000 (ex-showroom, Delhi).