It sounds cool and looks beautiful, but what does the new Low Rider feel like to ride? We take it for a spin. 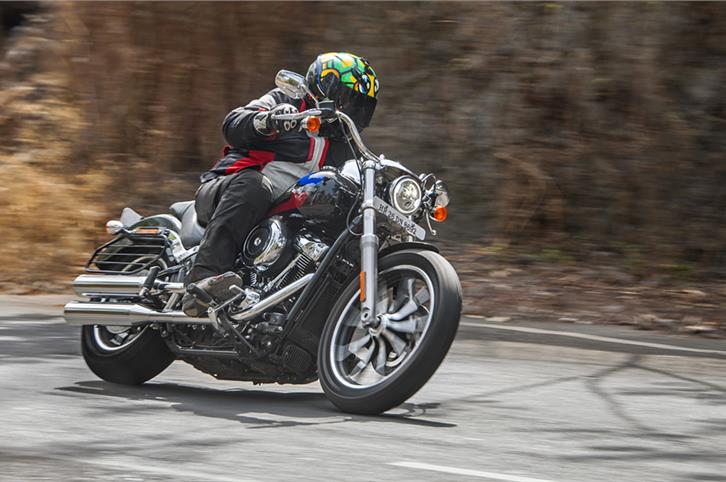 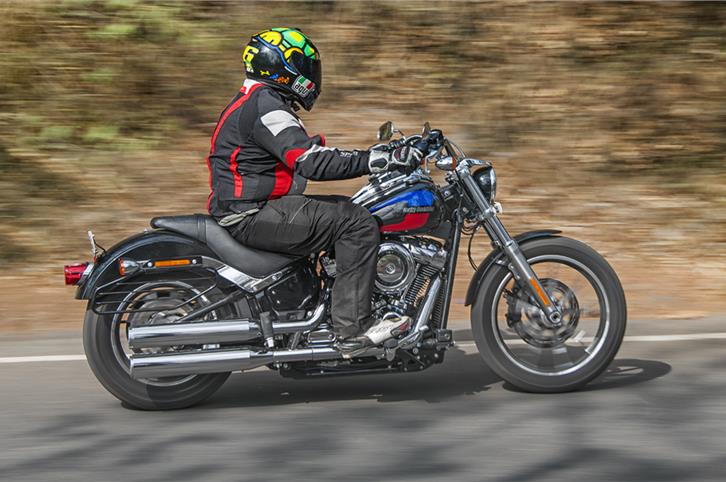 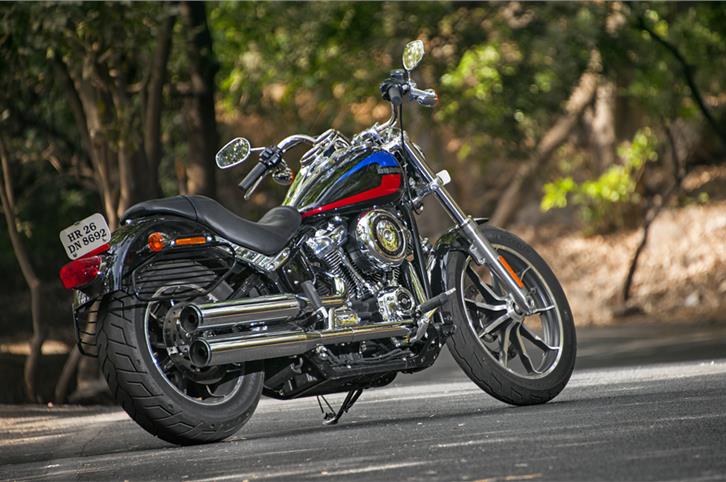 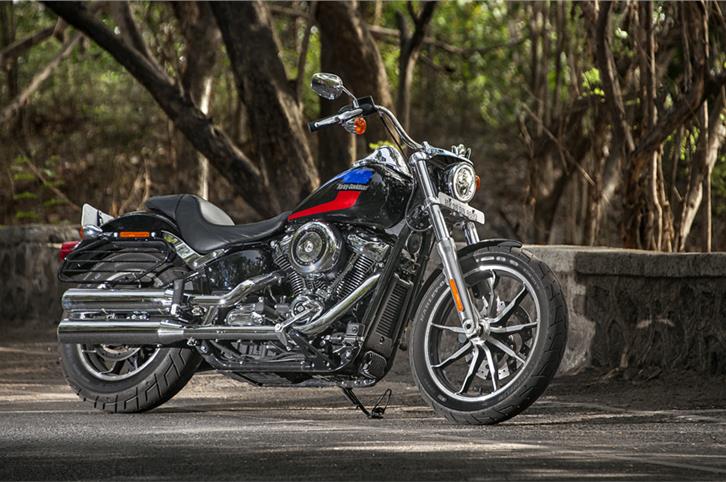 The Harley-Davidson Low Rider is among the iconic American brand’s most popular motorcycles ever since made it made its debut in the 1970s. Given its straightforward and uncluttered lines, the Low Rider was also preferred by custom motorcycle builders over the years. Despite its popularity overseas, the Low Rider never made its way to India. But then, Harley-Davidson axed the Dyna family last year (which the Low Rider originally belonged to) and the bike was absorbed under the Softail family. Receiving the same thorough makeover as the rest of 2017 Softails, the brand-new Low Rider was recently launched alongside the Deluxe as the sixth addition to the family in India. Here’s what we think of it after two days in the saddle.

Torque of the town

As I was soaking in the visual details of the cruiser at the dealership, my mind was more intrigued by the new Milwaukee Eight 107 motor. I’m late to the party and haven’t experienced this motor yet, but have heard only good things from most of my colleagues. The first thing I noticed is how calm and refined the new Milwaukee Eight engine felt. Push the starter and the 1753cc V-Twin comes to life with a mild rumble, before settling for a lazy idle that pulsates between 820 and 890rpm. Purists may miss the pronounced vibrations of the previous engine, but they will certainly approve of the familiar clunk as the 6-speed gearbox engages. With 144Nm of torque at your disposal, at just 3,000rpm, you’ll never find yourself waiting for a response. Highway ability is great, too, and one can cruise at 120kph in sixth gear under 2500rpm, with masses of acceleration in reserve.

When you do go hard on the throttle, it pushes you back into the scooped saddle and the rear tyre spins up easily in the first two gears. This ferocious nature was visible in our performance test as well, and the Low Rider managed to clock a 0-100kph acceleration time of 4.59 seconds. Despite its ability to accelerate rapidly, the Low Rider feels more natural cruising down the highway in a relaxed manner. The new motor also scores extra points for much better heat dissipation as compared to the older Twin Cam 103 mill. Crawling traffic does get tedious thanks to a heavy clutch, but there’s so much torque on offer that it just chugs along without much input.

As I swung a leg over the bike, my initial impression was that the riding position felt a bit cramped. The buckhorn handlebars felt ergonomic, but the centre-set footpegs took some time to get used to, since you naturally extend your legs on Harley’s big cruisers. The riding position is neutral, though, and you sit comfortably upright; its low, 680mm saddle height will be appreciated by shorter riders, too.

As with all Softails, the chassis is much stiffer and the improvements in dynamics are clearly visible. The Low Rider feels natural and confident in sweeping bends and it masks its 305kg weight quite well. The footpegs don’t have feelers, which translates to nearly 30 degrees of cornering clearance, which is noticeably more than most Softail offerings; only the sporty Fat Bob offers more, at 31/32 (right/left) degrees. With a 30-degree rake and a large, 19-inch front wheel, the Low Rider isn’t the most agile motorcycle to ride in traffic and the turning radius is also quite wide.

However, what will really impress you is the almost magic-carpet-like (for a cruiser) ride quality. The new monoshock and telescopic fork by Showa let the Low Rider waft over bumps, undulations and expansion joints in an effortless manner. It’s not only among the most comfortable Softails, but all cruisers in general when it comes to ride quality. This makes the Low Rider genuinely usable in India.

Now, the name Low Rider might make you nervous, but ironically, the 130mm of ground clearance it offers is the highest across the Softail range! As a result, the Low Rider never scrapes if you’re gentle over speed-breakers and this holds true over all forms of speed bumps and even with my hefty, 100 plus kilo weight.

Anchorage is provided by a single-disc brake unit on both ends along with a smooth, dual channel ABS. Outright emergency stopping distances are actually quite good for a bike this heavy, but the brakes feel wooden and you have to put in strong effort for maximum effect. We’re talking all five fingers on the lever and literally standing on the foot brake!

The styling of the Low Rider is best defined as charming. While some of the new Softails have an in-your-face approach, the Low Rider keeps things simple and it’s this simplicity that works in its favour. The round headlamp, large 19-litre fuel tank, pullback bars, generous saddle and the shotgun style mufflers are quintessential Harley design elements. There’s no dearth of chrome, too, which is a crucial ingredient for a cruiser. While the more expensive Deluxe offers a truly old-school Harley vibe (pun unintended), the Low Rider is retro in the way you’d imagine a Harley from the ’80s or ’90s - clean, straightforward and classical.

Adding to the retro appeal is the dual instrument console placed on the fuel tank, which consists of an analogue tachometer and speedometer. There’s also a small digital display for details like an odometer, trip meter, fuel gauge, gear position indicator and range. Modern elements on the Low Rider are few but include the LED headlight and the gorgeous cast aluminium alloy wheels. Switchgear quality, paint finish and overall build quality are befitting of the asking price.

The bike also gets keyless ignition with an in-built safety system that sets off a buzzer if someone moves the motorcycle without the key. This feature cannot be disengaged, which means every time the buzzer goes off, you will have to physically trek to the motorcycle with the key (without having to insert it into the key slot) to turn the system off. This can get irritating, for you and your neighbours.

The Low Rider is a bike for Harley traditionalists. Its retro lines will make sure you attract the right amount of attention and the motorcycle presents itself as a great base for customisation, something many owners love to do. At Rs 13.59 lakh (ex-showroom, Delhi), it’s also the second most affordable motorcycle in the new Softail family after the Street Bob. Given that all Softails offer a similar level of performance (they all share the Milwaukee Eight), the Low Rider stands out with its full-size cruiser looks, relative value, and higher levels of comfort and practicality. In fact, we can’t help shake the feeling that this is one of the smartest buys in the Softail family. 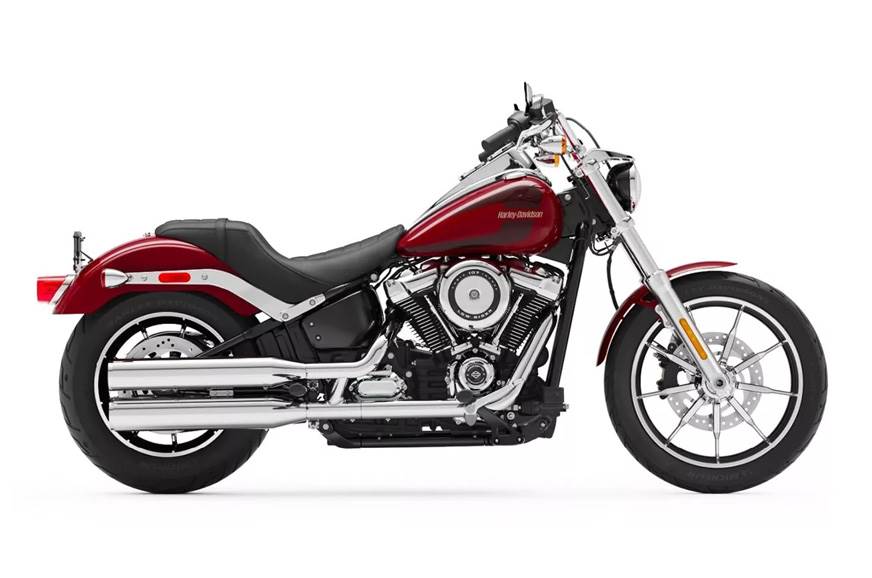 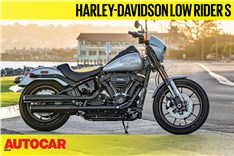