The brand new Bajaj Pulsar NS160 has been designed to take on the premium, sporty 150-160cc segment. We get astride and find out what it’s all about. 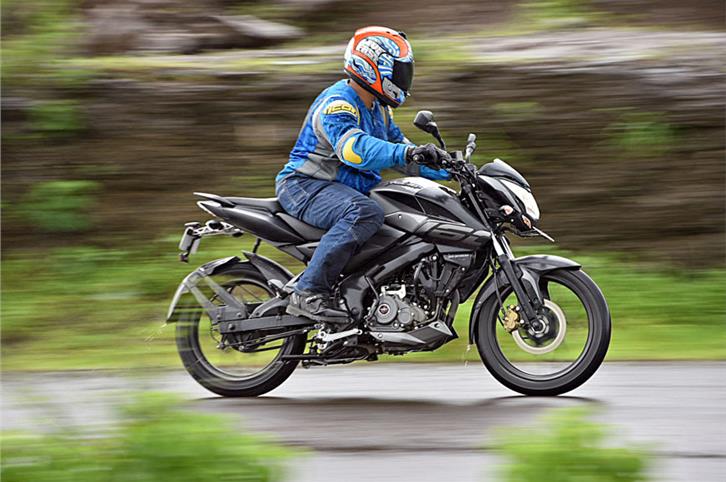 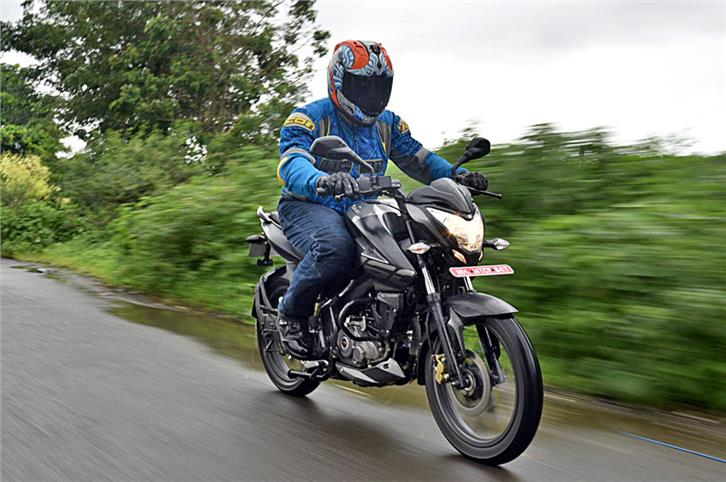 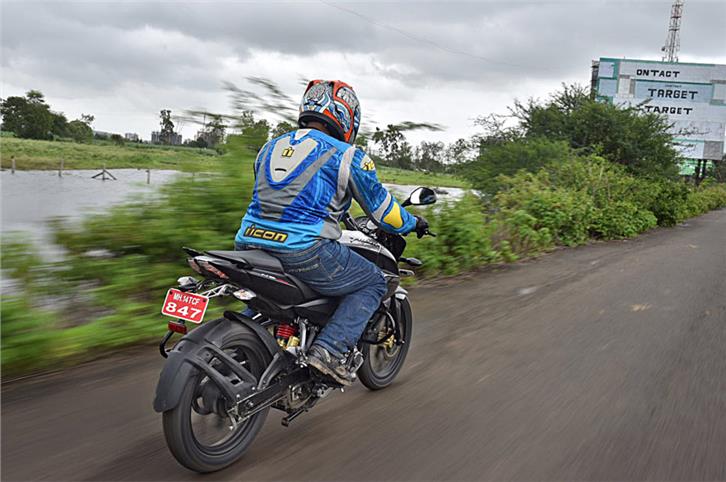 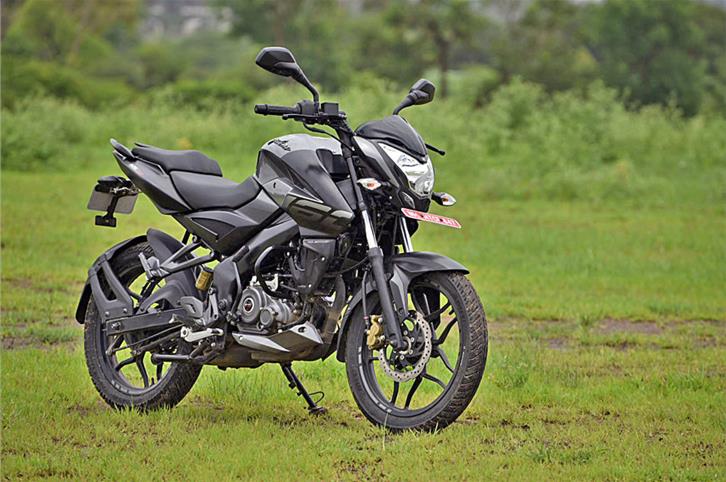 The Bajaj Pulsar 150 was one of the first motorcycles to really kick off the performance 150cc segment in India. Powerful, muscular and primarily affordable – this was the mantra that worked in favour of the original Pulsar and there has really been no looking back ever since. However, this segment of motorcycles has seen an evolution over the past few years and now features European styling, improved dynamics and even a bump in cubic capacity. The Pulsar 150, evolved as it might have, never really got on this bandwagon. But Bajaj finally has a remedy to that in the form of the new Pulsar NS160.

Of course, this doesn’t mean that the Pulsar 150 will be replaced – far from it! It still contributes to a large number of sales for the company and it will live on in a slightly more ‘commuter’ role, while this new NS160 will be squarely aimed at those customers who want a more premium and sportier motorcycle.

It’s got the looks

Bajaj really did a great job with aesthetics when they rolled out their original NS, the NS200, back in 2012. The bike saw a brand new design language for the Pulsar family that took inspiration from internationally successful high-capacity street nakeds such as the Honda CBR1000R, and even five years on, it’s still one of the best-looking bikes in its segment. So enthusiasts should really appreciate the fact that Bajaj has kept the styling of this new NS160 nearly identical to the 200’s. All the panels, such as the bikini fairing (including the headlight), the chunky fuel tank with its extensions and the sharp tail have been carried over without change. It even retains the same clip-on handlebars, digital instrument cluster with analogue speedometer, split seats, foot peg brackets and foot pegs, along with the minimalist number-plate holder. In fact, at a quick glance, you’d be hard pressed to notice any visual difference between this NS160 and its larger sibling. From the saddle, there’s no way of telling them apart, thanks to the riding position being identical.

Take a closer look and the differences can be seen. The front forks are thinner, as is the swingarm and the tyres. And since this has an air-cooled motor, the radiator shrouds are empty for the most part (though if you peep far enough inside, you can see a new oil cooler), the motor is visually smaller, with distinct cooling fins, and there is no rear disc brake either. You’ll also notice a kick-starter on the right side of the engine casing – a feature notably absent on the NS200.

With styling from a bike playing in a full segment higher, the NS160 is a good-looking motorcycle no doubt. However, the skinnier forks and tyres lend it somewhat of an odd look from certain angles – the analogy of a body builder with chicken legs comes to mind.

As mentioned earlier, the seating posture is no different from the NS200, with an unchanged rider’s triangle (the distances from seat to handlebars to foot pegs). This makes the NS160 feel like a much bigger bike than anything else in this segment as soon as you hop on to the saddle. While many might rejoice this, the tallish 805mm seat is higher than all its rivals, and though we don’t think this will be a problem for anyone but the shortest of riders, the fact does remain that many buyers in this segment appreciate lower saddle heights. However, its 170mm ground clearance is the highest amongst its rivals and something a lot of riders in India will be grateful for.

Engine is the star

The real highlight of this Pulsar NS160 is its new engine. Lessons learned when creating the powerplants for the Discover 150 and later the AS150 have given birth to a 160.3cc, air-cooled, twin-spark motor which gets a four-valve head as well as oil cooling. It makes a healthy 15.5hp of peak power at 8,500rpm and 14.6Nm of torque coming in 6,500rpm. With the most power and second-most torque in its segment, the performance is really noticeable. We weren’t able to record any performance figures during our short test ride, but the motor just loves to rev and the acceleration is rather brisk. But more impressive than that is the engine’s sheer tractability. Thanks to a long-stroke configuration, there’s plenty of grunt at low and mid ranges which allows you to pootle around town at speeds as low as 18-20kph in third gear without batting an eyelid. And even when you poke it with a stick, the motor feels completely comfortable holding speeds of up to 110kph at around 9,500rpm in fifth gear. Ride it at about 80-85kph in fifth gear, and the motor feels absolutely in its sweet spot.

Bajaj decided to stick with a five-speed gearbox for the NS160, but its ratios feel perfectly suited to the motor’s power delivery characteristics, with extremely short first and second gears for easy city ridability. Another pleasant surprise with this engine is the refinement level. Sure, it doesn’t match the refinement levels of bikes like the Suzuki Gixxer or the Yamaha FZ FI, and there is a typical ‘Pulsarness’ to the way it sounds, but it’s smooth for the most part and even the buzz that did come into the bars and foot pegs at about 6,500-7,000rpm doesn’t feel too intrusive.

Our first small test ride of the NS160 happened on rain-soaked roads outside of Pune, so there wasn’t much of a chance to really push the handling envelope of the motorcycle. But any concerns about its slim tyres – 80/100-17 in the front and 110/80-17 at the back – were thrown out the window after the first couple of corners. At low to moderate leans at whatever speeds the rain allowed, the NS160 felt absolutely planted and didn’t set one foot wrong. No doubt, the MRF rubber at both ends do a great job, but a lot of this dynamic ability has been achieved thanks to well-tuned suspension and that phenomenal twin-spar frame that’s been lifted straight from the NS200. This frame was originally designed to manage quite a bit more power that the NS160 can throw at it, and the ease at which it handles anything this smaller-capacity motor demands is noteworthy.

When you factor in the reduced resistance that the slenderer tyres offer, coupled with the 10kg weight reduction from the NS200 (the NS160 weighs just 142kg), you end up with a bike that’s willing to change direction without much effort. And at the same time, the longest-in-segment 1,363mm wheelbase (identical to the 200) ensures that there is plenty of stability when manoeuvring the motorcycle.

As mentioned, the suspension is really well set-up, but not just for improved cornering ability like the NS200, which can feel a bit too stiff over sharp bumps. The NS160’s suspension, which comprises of conventional telescopic forks at the front and a gas-charged monoshock at the back, feels firm, but there is no harshness when riding over broken roads. Even bumpy surfaces do very little to upset the bike’s orientation. To be honest, it offers a good blend of ride quality and handling, and while it can’t be defined as plush, the word ‘comfortable’ certainly comes to mind.

On the braking front, the NS160 comes equipped with a 240mm petal disc at the front and a 130mm drum at the back. These aren’t the largest brakes in the segment, but there’s plenty of bite and adequate feel when squeezing the lever. Even when riding on wet roads, the brakes offered predictable stopping power and the tyres felt up to the mark in handling retardation forces as well.

Sum of all parts

Bajaj has certainly hit all the right marks when creating the NS160. It looks great for the most part, the motor is highly tractable and the bike handles and rides well too. Our short first ride left us with a very positive impression of the bike. However, let’s not forget that it has to go up against extremely capable motorcycles in the segment which it plays in. Priced at Rs 78,368 (ex-showroom, Delhi), it does hold a price advantage over the likes of the Yamaha FZ FI and the Honda CB Hornet 160 (although it’s marginally more expensive than the Suzuki Gixxer). However, its premium design and top-shelf kit, such as its perimeter frame mean that at least in this premium, sporty 150-160cc segment, the Pulsar is no longer the ‘significantly more affordable’ option. We remain fairly positive, but whether it can make a dent in this space is something that remains to be seen.