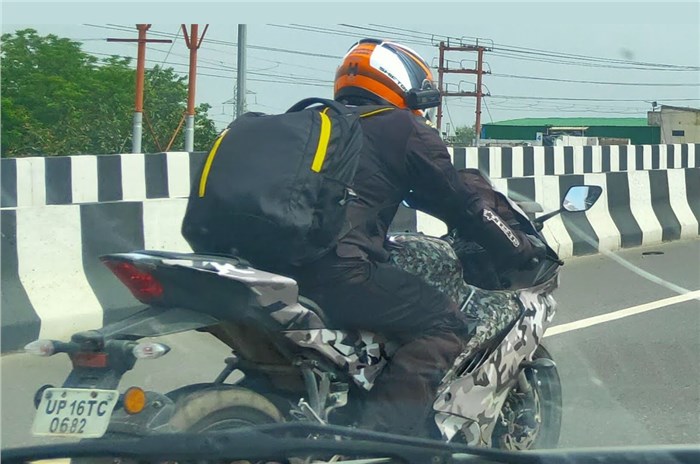 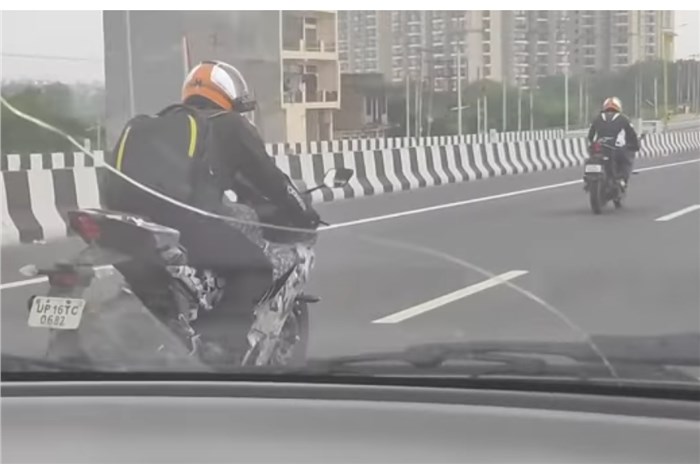 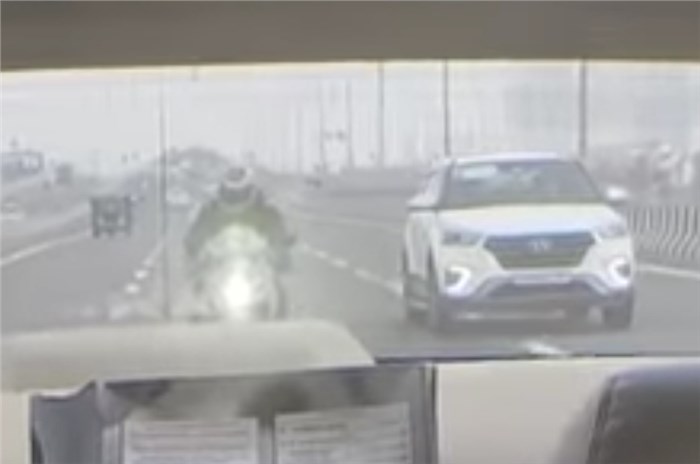 Yamaha India is busy testing a faired motorcycle and by the looks of the spy images that have surfaced, the YZF-R15 V4.0 could be just around the corner.

What do the spy images reveal?

These pictures are screen grabs from a video that was shot on the move. While the footage is grainy, it is easy to tell that the camouflaged test mule is the Yamaha YZF-R15, going by the tail section. It looks similar to the one seen on the R15 V3.0, but appears to have large air ducts in the rear. The stays for the pillion footpegs also appear to be different this time around. Another distinguishing element is the new exhaust end can.

When the bike is viewed from the front end, one will notice a new fairing and windscreen, with an LED headlamp located in the center. A set of DRLs flank the headlamp unit on either side. The front end, in fact, seems reminiscent of the new YZF-R7 that was unveiled in international markets. Another big change is the addition of a USD fork.

Besides the refreshed styling the YZF-R15 V4.0 could possibly get a new Bluetooth connectivity enabled instrument panel. We’ve seen similar Bluetooth equipped clusters on the Yamaha Fascino 125 Hybrid and the new FZ-X, so we can expect the R15 to get the same feature.

The deltabox chassis, telescopic fork, monoshock and brakes are expected to be identical to the R15 V3.0.

Yamaha may launch the YZF-R15 V4.0 later this year. Expect the motorcycle to cost a little more than the Rs 1.54 lakh that the current motorcycle commands.