Mid-capacity, two-cylinders and a healthy thirst for covering distances, the Tracer 700 is Yamaha’s latest motorcycle that is styled to be a sports-tourer. 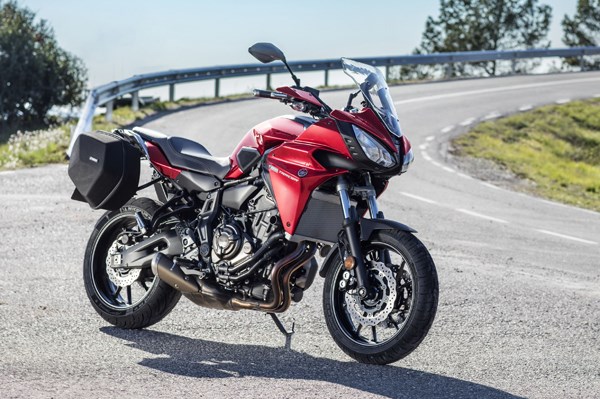 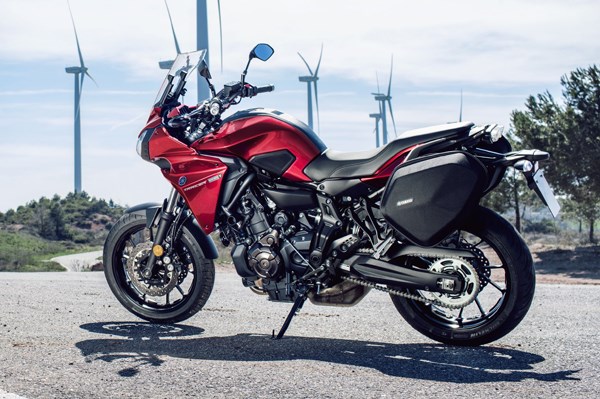 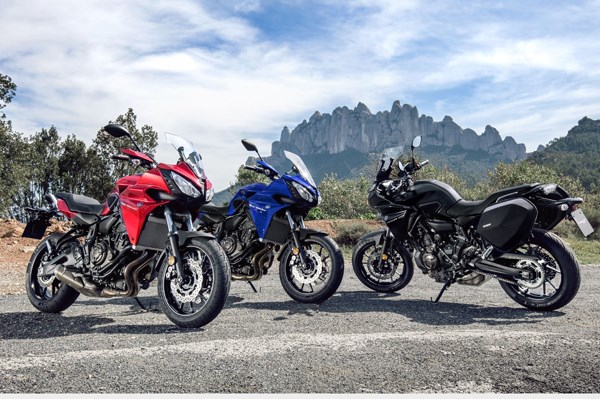 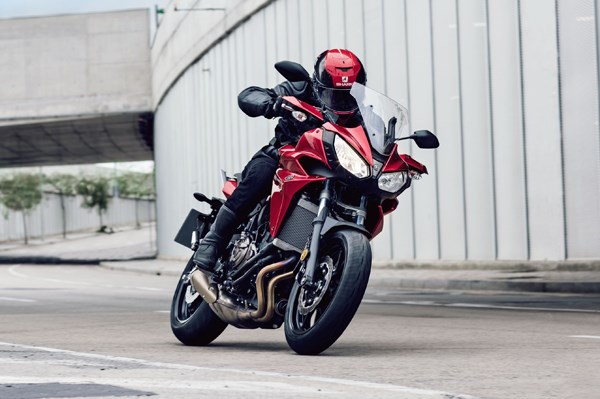 Yamaha’s new Tracer 700 is an MT-07 that loves the long haul. A quick look at current trends amongst international motorcycle buyers, and as a result, motorcycle makers, reveals that the market for touring machines is really taking off. And the demand for these is in all shapes and sizes; look no further than a nascent motorcycle market such as India where we got two vastly different tourers in the span of a few months – the Royal Enfield Himalayan, an adventure-tourer, and the sports-tourer Kawasaki Versys 650.
Speaking about the Versys 650, it’s a bike that has seen a fair bit of success around the world, bagging itself a few awards in the years that it has been around. It just goes to show how important this middle-weight adventure touring category actually is. Yamaha hasn’t had a bike in this category for almost 17 years – a situation which they’ve now remedied with the Tracer 700. 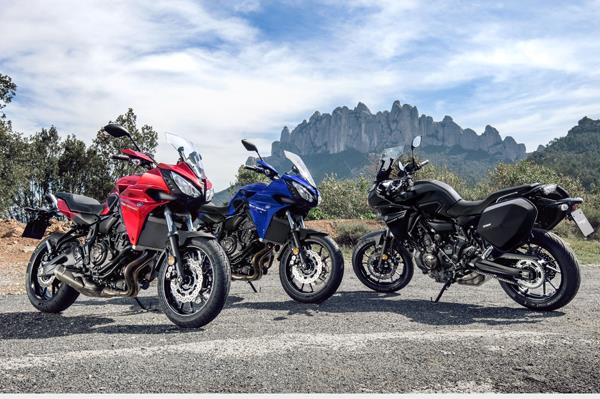 Considering how Yamaha had launched an adventure-touring version of their MT-09 street bike a couple of years back, the arrival of  the Tracer 700 is no big surprise. But one big distinction that the company has made this time around is that the Tracer 700 is billed as a sports-tourer, rather than an adventure-tourer.
Why only a sports-tourer?
Mechanically, there are only a few changes that Yamaha has made for the switch from MT to Tracer. Unlike the transformation of the Ninja 650 to the Versys 650, Yamaha has used the same front and rear suspension units from the MT-07. However, this suspension has now been re-tuned to handle the task of sport touring. The front forks are identical and have the same amount of travel. Steering geometry is also unchanged, and the Tracer maintains the MT’s rake and trail figures. The rear suspension, however, does have about 12mm more travel (142mm vs 130mm), and the Tracer gets a longer swingarm that takes the wheelbase up from 1,400mm to 1,450mm. But ground clearance, at 140mm, stays identical to the MT-07’s, and is best suited for tarmac use.
That being said, it does take the touring role quite seriously and features a sort of half fairing at the front with an adjustable windshield. Even the handlebars are taller for a more upright seating position, with knuckle protectors in line with the bike’s long-distance inclinations.
There have been some slight modifications to the chassis though, to accommodate the larger 17-litre fuel tank (the MT-07 only gets 14 litres) and the higher seat, which at a saddle height of 835mm, is 30mm taller than the MT’s. In fact, the split-seat has been replaced by a large single seat to make long-distance riding, even with a pillion, more comfortable. It runs the same 17-inch wheels with road-biased tyres (120/70 R17 at the front and 180/55 R17 at the rear) as its street-going sibling. But all this has added a bit of weight, and the Tracer 700 tips the scales with a kerb weight of 196kg – about 14kg more than the ABS-equipped MT-07. Oh, and yes, the Tracer 700 features ABS as standard, with dual 282mm discs at the front and a single 245mm disc at the rear.
Motor matters
Staying true to the philosophy of keeping pretty much every mechanical aspect in common with the MT-07, Yamaha has also left the motor pretty much untouched. The 689cc parallel-twin, liquid-cooled motor is good for 74.8hp of peak power and 68Nm of peak torque – giving the Tracer a slight edge over the Versys 650 in the performance department. Even the Honda NC750X’s engine figures pale in comparison. However, the Triumph Tiger 800, with its larger three-cylinder motor enjoys a performance advantage over the Tracer.
Indian possibility
Given that recently Yamaha has shown a fair bit of confidence about getting larger capacity bikes to India, such as the MT-09 which was launched at Auto Expo 2016, we are hopeful of the MT-07 making its way here. The Tracer 700 too would be a superb offering in a market that sees an increasing number of people hitting the highways every year. However, we believe that bringing it to the country as a CBU will not present a strong case for this bike, as its nearest competition, the Versys 650 is already being assembled here. Considering the fact that the Tracer 700 enjoys a healthy price advantage over the Kawasaki in Europe, it would certainly spice things up if Yamaha chooses to bring it in through the CKD route. And if it does, we can expect prices to be in the Rs 6 to 6.5 lakh rupee range.