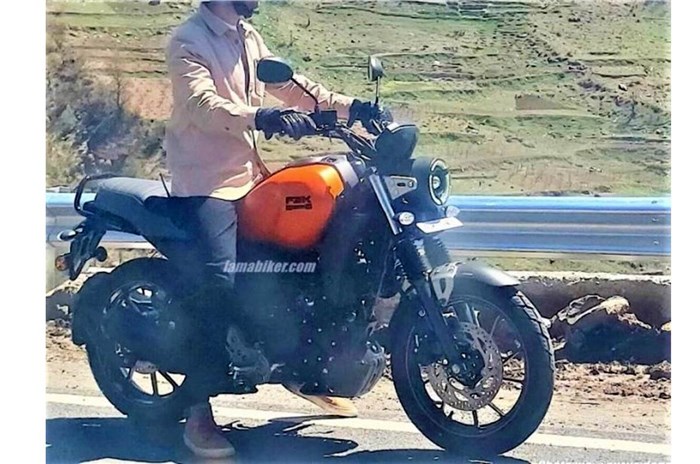 It will share its underpinnings with the FZ range and will have a neo-retro approach to its design.

Yamaha India is likely to launch the much-awaited FZ-X on June 18.

After a long trail of patent filings, spy shots and leaked images, the Yamaha FZ-X finally seems to be all set for launch. The Japanese manufacturer has sent out a media invite for June 18, and though it doesn’t explicitly mention what bike it pertains to, the FZ-X seems to be the most likely one at the moment.

As confirmed by leaked government documents, the bike will share its 149cc single-cylinder engine with the FZ range, with an identical power output of 12.4hp at 7,250rpm. We expect the torque figure to remain unchanged, at 13.3Nm, as well. The same document also reveals that the FZ-X’s wheelbase is identical to the standard FZ’s, at 1,330mm. This strongly implies that the chassis and cycle parts will be carried over too, so expect a single-downtube frame suspended on a telescopic fork and monoshock. Recent spy shots of the bike also confirm the presence of 17-inch alloy wheels.

The main difference, then, will be the FZ-X’s design. Yamaha has taken a neo-retro approach, with a classic design that features modern touches. An old-school round headlight replaces the FZ’s streetfighter face, and fork gaiters and minimal sump protection give the bike a scrambler vibe too. That being said, the bike also has a touch of cruiser to it, with a tall fuel-tank that swoops down to the rider’s seat. Seemingly tall handlebars and what appear to be more forward-set pegs should result in a pretty upright riding posture and make the FZ-X slightly more comfortable than the bike it’s based on.