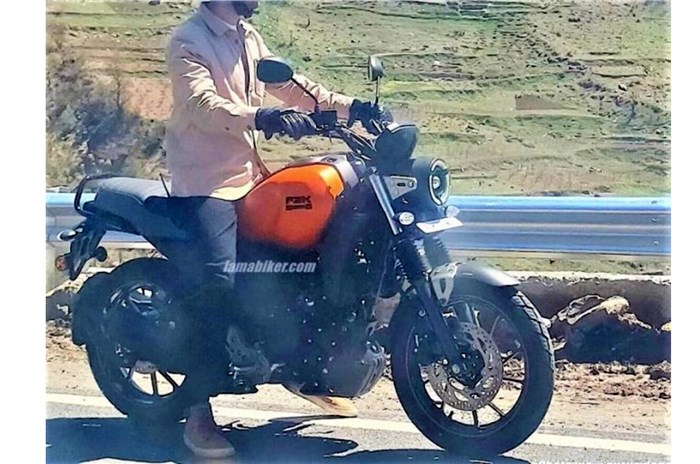 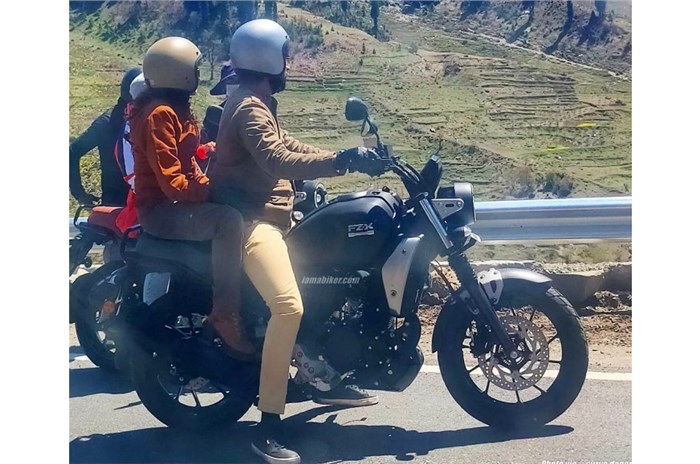 The upcoming Yamaha FZ-X has been spied without camouflage. The images reveal important details about the upcoming FZ-X’s design.

Thanks to a leaked spy shot a few days ago, we got a glimpse of the front-end of the upcoming FZ-X. However, new images from what appears to be an advertisement shoot has revealed a majority of the motorcycle. What is quite clear is that Yamaha has gone for retro styling with modern touches. While the headlight is circular, it features a modern blacked-out LED set-up. The headlight bracket, fork gaiters and near-flat seat are other retro highlights.

While the teardrop-shaped tank is in line with the overall design, it has sharp lines that give it a modern touch. The rear looks quite basic and so do the halogen-powered indicators. The raised handlebar also appears to give the FZ-X an upright riding position.

A leaked government document revealed that the Yamaha FZ-X will use the 149cc engine from the FZ-FI that makes 12.4hp at 7,250rpm. Whether the torque figure will remain the same is yet to be seen. The bike also has an identical wheelbase at 1,330mm. However, there are differences in the dimensions of the Yamaha FZ-X and the FZ-Fi series. The FZ-X is 2,020mm x 785mm x 1,115mm (length x width x height), while the FZS-FI measures 1,990mm x 780mm x 1,080mm. The difference in dimensions is expected, considering that the FZ-X gets different bodywork. Components like the suspension and brakes also appear to be identical to the ones on the FZ-Fi.

The Yamaha FZ-X is expected to go on sale around June 2021, however, the current COVID-19 situation in India may have an impact on the timeline. We expect Yamaha to price it around Rs 5,000-10,000 higher than the FZ-Fi, which costs Rs 1.05 lakh (ex-showroom, Delhi).