The X Force 155, currently sold only in Japan, is based on the same platform as the Aerox 155 that’s hugely popular in India. 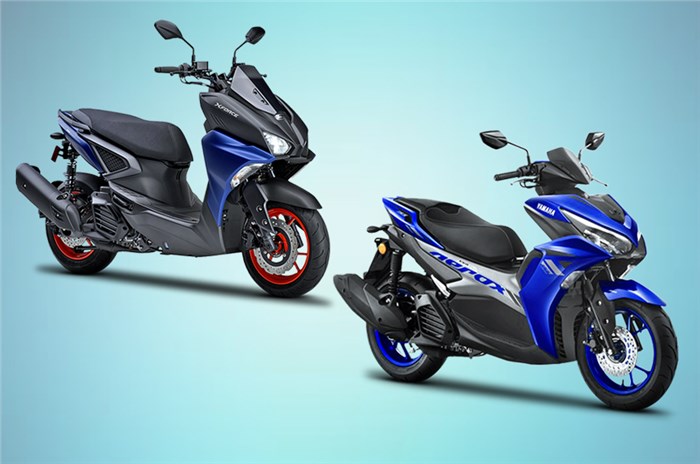 The Yamaha Aerox 155 has taken the premium scooter market by storm ever since it went on sale in India in September last year. The demand has been higher than what Yamaha expected. The success of the Aerox 155, in fact, has prompted the Japanese brand to consider launching the NMax 155 maxi scooter here.

But we think the brand new Yamaha X-Force 155, that’s based on the same platform as the Aerox and Nmax, also makes sense for the Indian market. Here’s a quick look at the similarities and differences between the Yamaha Aerox 155 and Yamaha X Force 155.

The most obvious difference between these two scooters is their design. The Aerox 155 looks markedly sporty with its sharp apron, big LED headlights and compact tail section. The central spine is another distinguishing feature of the Aerox 155.

Meanwhile, the Yamaha X Force has a completely different design approach – a bulkier front apron that houses smaller split headlights with halogen bulbs instead of LEDs. The handlebar is exposed like a motorcycle’s, and comes minus the plastic bodywork that’s around the Aerox’s handlebar. The X Force also has a flat floorboard which allows more luggage to be carried than  on the Aerox. The tail section is as slim-looking as the Aerox’s, however, the LED tail-light strip is a lot bigger than the tiny unit of the Aerox 155.

Both scooters come in an array of bright colours, including painted wheels.

The scooters have frames suspended by a telescopic fork and dual shock absorbers at the rear. The X Force 155, however, rides on 13-inch wheels instead of the 14-inch wheels of the Aerox. It also has fatter 120-section tyre at the front; on the other hand, the Aerox has a fatter 140-section hoop at the rear.

Coming to the brakes on the scooters: the Aerox 155 has a 230mm front disc and a 130mm drum at the rear wheel. The X Force, on the other hand, has a bigger, 367mm disc at the front and a 230mm disc at the rear. This should give it much better stopping power than the Aerox.

The other notable differences between the two scooters is seen in the wheelbase, with the Aerox’s being 10mm longer at 1,350mm.

Both scooters are powered by the same 155c, liquid-cooled, single-cylinder engine that you see in the Yamaha R15. The peak power – 15hp – and peak torque – 14Nm – are the same as well. The engines in both scooters have Variable Valve Actuation (VVA) and is paired to a CVT.

In terms of features, both scooters have LCD displays with Bluetooth connectivity. Using a dedicated app, users can get incoming call, SMS and email notifications. 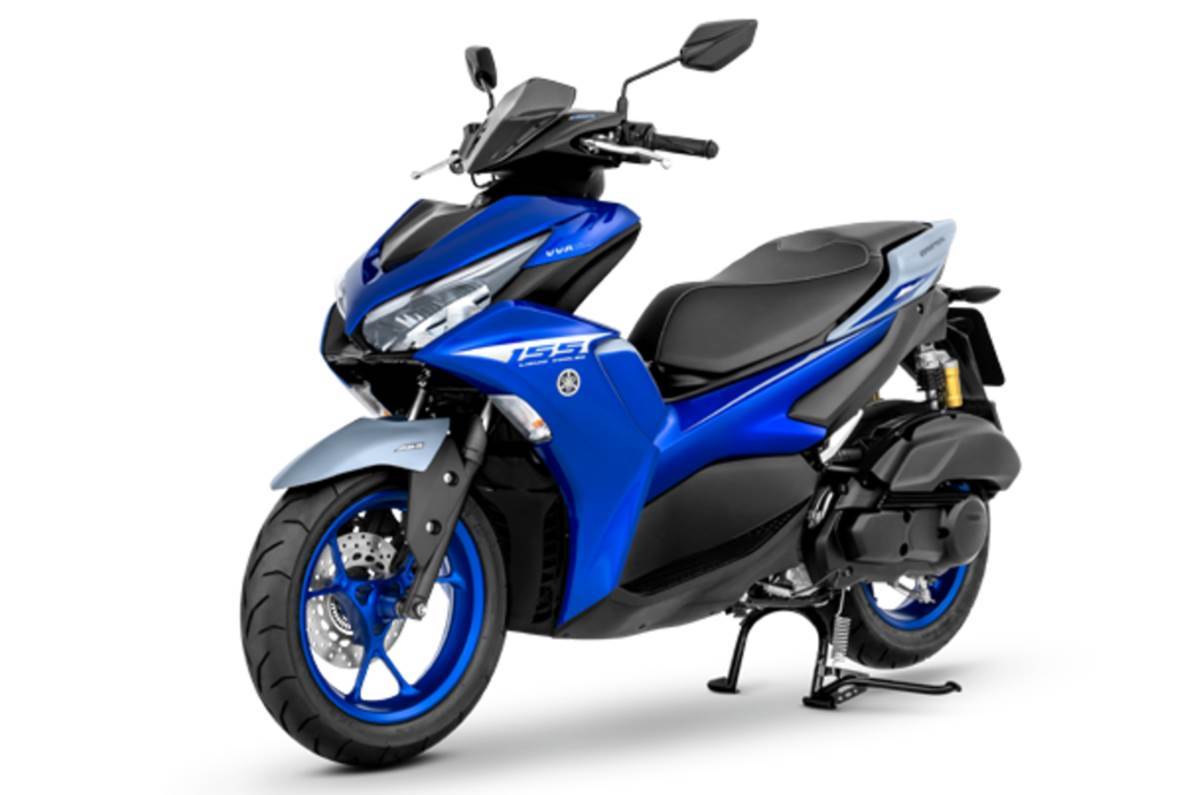 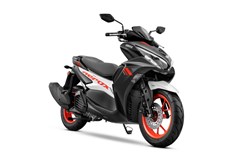 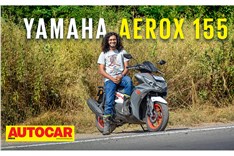 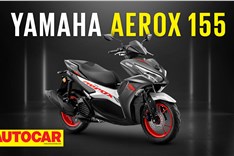