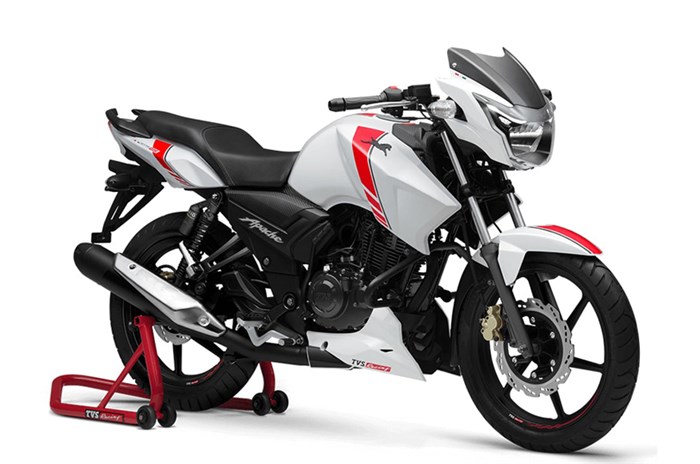 As the name suggests, the motorcycle is mostly white in colour, with the addition of a few red stripes. It also gets a new fuel-tank badge. Keep in mind that the White Race Edition is based on the previous-generation RTR 160, which is still on sale, and is not to be confused with the recently launched 160 4V.

The White Race Edition is priced on par with the Matte Red edition that was launched last year, and both are priced Rs 1,000 higher than the standard RTR 160. Except for the colour scheme, all three variants are mechanically identical and use the same 159.7cc single-cylinder motor making 15.1hp and 13Nm of torque. This engine comes mated to a five-speed gearbox.

TVS also launched a thoroughly updated 2018 Apache RTR 160 4V last month, the price for which starts at Rs 81,490 (ex-showroom, Delhi). The 4V features a number of styling and mechanical changes; it gets a new frame and reworked engine, brakes, suspension and styling that is more in line with the Apache RTR 200. Click here to read more about it.