The carburetted and fuel-injected variants, both, have been equipped with the safety feature. 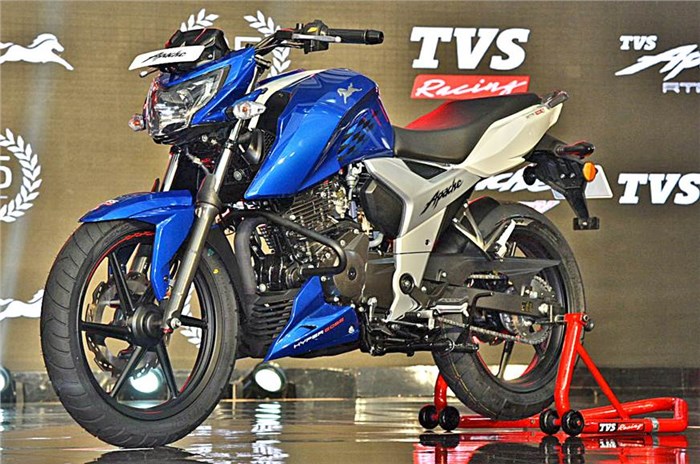 The Apache RTR 160 4V is one of the most successful motorcycles in the Apache portfolio, with sales crossing one lakh units within six months of its launch. Powering the motorcycle is a 159.7cc, four-valve, single-cylinder engine that makes 16.8hp on the fuel-injected bike and 16.5hp on the carburetted variant. Torque figures are identical, at 14.8Nm, on both variants.

The dealers we spoke to are yet to receive the motorcycles and are expecting them in a couple of weeks. With the mandatory ABS norm coming into effect on April 1, 2019, the non-ABS bikes will be discontinued in the near future.