The bike maker is keen on capturing mature markets with highway-worthy motorcycles; to reposition existing models as city models. 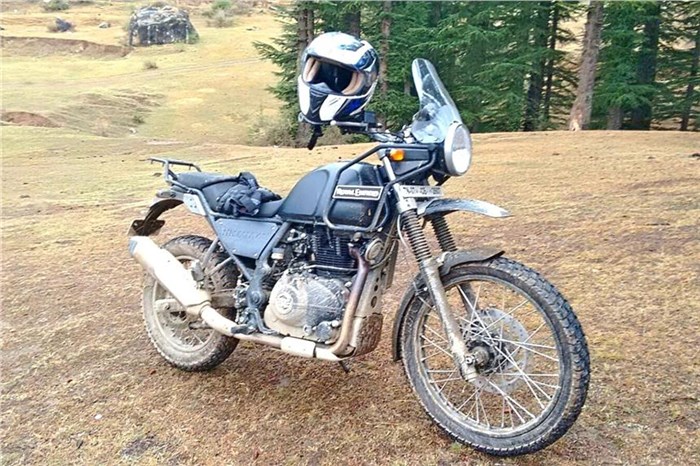 Royal Enfield, which has been working towards its global image makeover, is looking to make deeper inroads into mature and developed markets with an upcoming range of high-performance, highway-worthy motorcycles.

In a conversation with our sister publication Autocar Professional, Siddhartha Lal, MD and CEO, Eicher Motors, who admits that Royal Enfield motorcycles have their quirks, said: “There are a lot of things we need to do, which would be on the products and some off the products. Clearly, while we have had some success in these markets as quirky, vintage, old-school motorcycles, these are not understood as highway-worthy motorcycles in those markets. This I believe is the current position. In the future, some of our motorcycles, let’s say the existing style of motorcycles, which are known for being underpowered, will be the city models. I can understand why people might not like to ride a Classic 500 as a long-distance tourer in the USA. Therefore, we look to reposition these motorcycles, which are referred to as slower bikes, as city motorcycles.

“Then we will have a new range of motorcycles that we will be coming out with. These will be higher performance, not superfast, but certainly proper highway-worthy models for the established, developed markets,” he added. The company has, in recent years, made robust improvements in terms of quality, with incremental benefits with every new product that it launches. It can be recalled that motorcycle experts lauded the company for making healthy improvements in terms of quality of components used in the Continental GT café racer in 2013. The just-launched adventure tourer, Himalayan, which is a grounds-up new platform for Royal Enfield, is also being acknowledged on several parameters including quality improvements and functionalities.

“As you can see, everything is a learning curve for an organisation like ours. We have moved tremendously on our product quality and everything else from 5 years ago to today, and we are improving further. All this is the part of our journey. The positive thing for us, in the context of the developed markets, is that at least people have an interest towards our brand,” said Lal.

Many sources have informed Autocar Professional that the company is working on a number of global platforms including a high-performance motorcycle project, which is likely to have an engine displacement of more than 600cc with a twin-cylinder configuration. Experts say that Royal Enfield’s strategy to find a hold in the mature markets falls right in its place with the high-end 600-650cc twin-cylinder engine, which may power several global platforms in the future. Lal, who refused to comment on his company’s future projects, said: “I cannot verify this. We will not talk about future models today. However, there is a market for true-blue Royal Enfield motorcycles. Any future product will be absolutely highway-worthy.”

On international shores, Royal Enfield has rejigged its North American operations over the past 10-12 months. Talking in this context, Rudratej Singh, president, Royal Enfield, said: “We had a distributor model in North America, which had its own 110-odd dealers there. We disbanded that over time (close to one year) because obviously we wanted that distributors’ interests also taken care of. We have appointed a team of highly competent people across different roles. We got a company-owned marketing, sales and service infrastructure in place now led by Rod Copes, and a very able set of people in sales, aftermarket, gear, apparel and other verticals. And they are now in the process of running the whole business all by themselves, just like the India model (no distributor but direct dealers). They are in the process of appointing their own dealers.” The company ships out completely built units (CBUs) to the North American market from Chennai.

“Bikes are being shipped out from Chennai. We are not looking at any CKD for North American market at this point in time. We are very confident that Chennai can manage the international business at least for some time. We have opened up a focused market like Columbia, and we are going into Southeast Asia selectively. As and when hopefully selective becomes scalable, absolutely we will look at cost-effective ways of keeping the prices accessible. We are not in a hurry to sell our products but we want to develop the markets for our products because this is our long-term vision. We want to create more bastions over 10-15 years,” he summed up.