Metro stations in Gurgaon get 500 e-rickshaws

A total fleet of 1,000 electric rickshaws will eventually cover all 14 metro stations falling under Gurgaon and Faridabad. 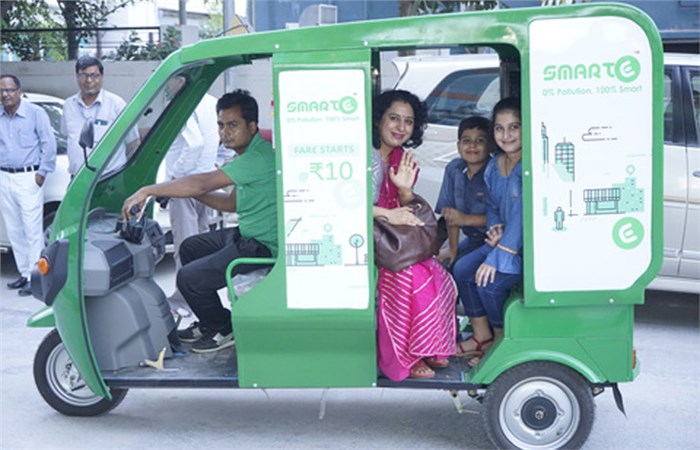 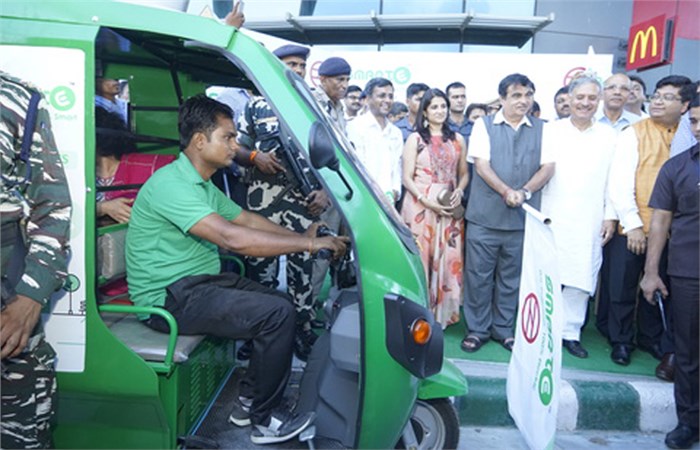 The e-rickshaws, which come with a covered cabin and a full front windscreen, will provide last-mile connectivity within an area of three to four kilometres around metro stations. These SmartE rides will charge Rs 10 for the first two kilometres and Rs 5 for every subsequent one, with future plans for enabling payment through the metro smart cards.

The e-rickshaws have been manufactured in India and are fitted with GPS and tracking system.

Nitin Gadkari, Minister for Road Transport and Highways, Shipping and Water Resources, River Development and Ganga Rejuvenation, who flagged of the first batch of e-rickshaws, commented on the launch, “The E-rickshaw fleet will not only provide cost effective and pollution-free substitute in transport system of Gurugram, but will also generate employment opportunities for the marginalised youth.”

Other Government EV projects
Earlier this year, state-owned National Thermal Power Corporation (NTPC) set-up its first charging station at the company’s premise in Delhi and Noida, while Bengaluru has 25 charging stations under the Faster Adoption and Manufacturing of (Hybrid &) Electric Vehicle in India (FAME) scheme. And in another instance, Energy Efficiency Service Ltd (EESL) – a joint venture company of PSUs of the Ministry of Power, Government of India – floated a tender to procure 10,000 electric cars and 4,000 chargers for the Power, Coal, New and Renewable Energy and Mines ministries as well as for providing them on hire to other government departments.

Even though the intent of the government to push towards adoption of EVs has been mentioned several times, the demand for EVs has been lukewarm due to comparative higher-costs and lack of charging stations and infrastructure.