Production issues caused by the COVID-19 pandemic have led to delays in the launch timeline. 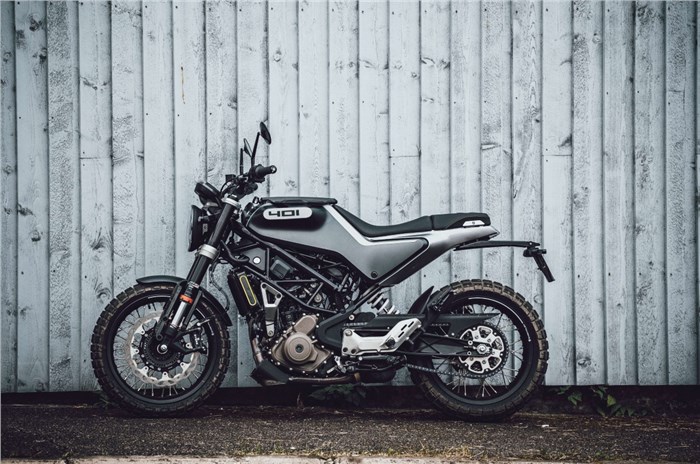 KTM and Husqvarna Motorcycles are all set to launch new products in the Indian market, in the month of October.

In August 2020, we reported that KTM was preparing to launch the 250 Adventure  in India by around October and it appears that the company is preparing to do just that. .

The KTM 250 Adventure was revealed at the same time as the EICMA 2019 event, but it was never displayed at the show alongside its elder sibling, the 390 Adventure.

Nevertheless, the KTM 250 Adventure will be an important model in India, as it will act as the new entry point for the manufacturer's Adventure motorcycle line-up.

In terms of equipment, the 250 Adventure gets a TFT display and switchable ABS. The international model has a halogen headlamp, however, KTM India recently launched the 250 Duke with an LED headlamp and it'll be interesting to see if they offer the same in the 250 Adventure for India.

Powering the KTM 250 Adventure is  248.8cc, single-cylinder, liquid-cooled engine that develops 30hp and 24Nm of torque. It is the same motor that's present in the KTM 250 Duke and we expect the gearing to be similar as well.

The KTM 250 Adventure is expected to be priced around the Rs 2.3-2.4 lakh mark, which is significantly lower than the KTM 390 Adventure that retails at Rs 3.04 lakh.

The Husqvarna Svartpilen 401 and Vitpilen 401 are based on the KTM 390 Duke platform, which means they share the same main frame, suspension components and engine that develops 43.5hp and 37Nm of torque. What sets the Swedish motorcycles apart are their unique designs, with the Vitpilen being the neo-retro cafe racer and the Svartpilen a scrambler.

While the Husqvarna Svartpilen and Vitpilen 401s look similar to the 250s that we tested recently, one major difference is that the 401s sold in international markets ride on wire-spoke rims while the 250s sold in India run on alloy wheels. In fact, the Husqvarna 401s that were spotted in India back in 2018 were also seen running on wire-spoke rims.

Now, while these wire-spoke wheels look aesthetically appealing, they are not tubeless. A set of alloy wheels with tubeless tyres would make more sense in India, given our road conditions and chances of picking up punctures. Whether Husqvarna India offers that or not, remains to be seen.

Earlier this year, the Husqvarna Svartpilen 401 and Vitpilen 401 also received a minor update, which includes new colour schemes, a 40mm longer subframe, a longer seat and grab rails. All these updates are already present in the Husqvarna 250, and you can expect the same on the India-spec Husqvarna 401s.

As far as pricing is concerned, Husqvarna has been tight-lipped so far. It will be interesting to see if the company adopts the same price strategy as that of the Husqvarna 250s and prices the 401s below their KTM 390 Duke cousin, which currently retails at Rs 2.58 lakh

KTM is also using the festive period to launch new colour options for the RC 125 and RC 200. The two entry-level RCs are expected to feature bold new colours and sticker patterns to enhance their appeal. The launch is expected by the end of September.

At present, the KTM RC 125 and RC 200 are available in bright shades that stand out from the range-topping RC 390. The RC 125, for instance, gets a gloss-white colour scheme with an orange tank and graphics.

Besides the cosmetic update, the motorcycles will remain mechanically identical to the ones that are currently on sale.

To reiterate, the RC 125 is powered by a 124.7cc, single-cylinder, DOHC, liquid-cooled motor that  produces 14.5hp and 12Nm of torque, which is identical to its naked sibling’s. The motorcycle is priced at Rs 1.55 lakh.