What could most likely be the new small displacement adventure tourer from KTM, the 390 Adventure has been spotted testing in Southern Europe. 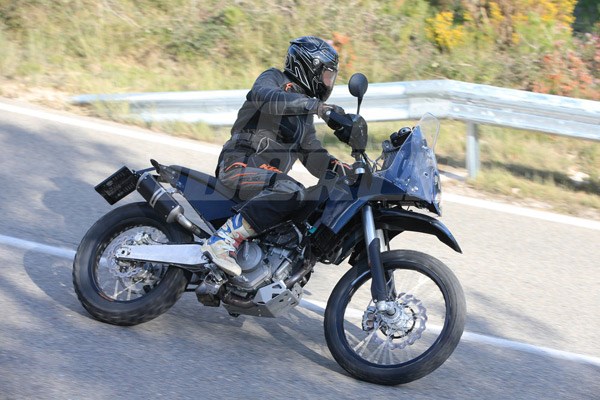 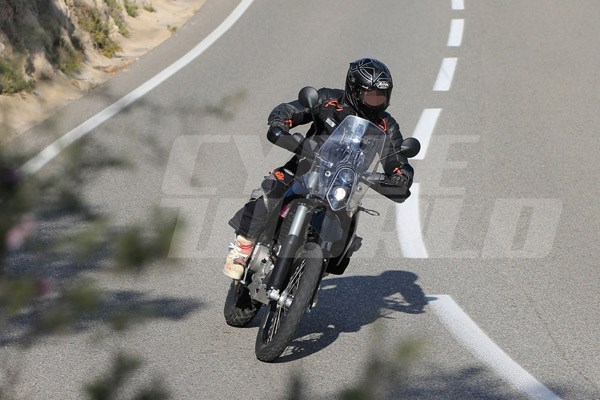 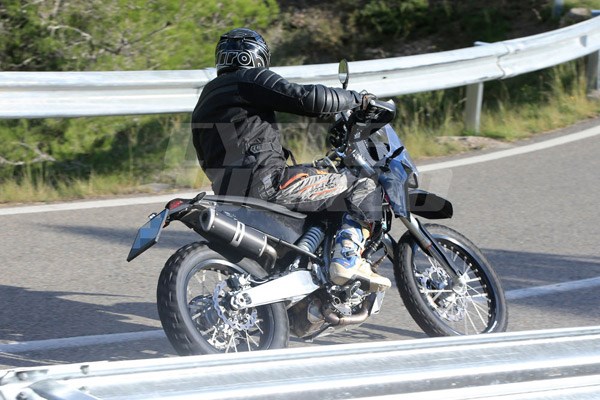 Small-displacement adventure bikes seem to be the upcoming favourites in the two-wheeler space. India has just gotten a taste of this segment through the Royal Enfield Himalayan, but that’s just a start. We recently brought you news of BMW’s G 310 GS that should arrive here after its naked sibling, the G 310 R, which hits Indian shores sometime in 2017.
While there have been umpteen reports of KTM making a 390 adventure in the past few years, there was no evidence that suggested that – just a lot of wishful thinking. Cycle World reported a sighting in December 2016, of what could possibly be the new 390 Adventure. Now, KTM is finally prepping a rival to the upcoming G 310 GS. This could possibly be the bike that’s long rumoured to be the 390 Adventure, and is likely to use the 373cc, single-cylinder engine that’s found on the RC and Duke 390s.
It appears to make use of KTM’s signature lightweight and durable trellis frame setup, which is rather concealed in the images. However, it could possibly make use of some bits of the KTM Duke 390’s frame, with the swingarm and suspension better suited for adventure touring duties. Our sister publication, Autocar Professional had broken the story about KTM developing a small capacity adventure touring platform in collaboration with Bajaj Auto. But, as of now, this bike is likely being developed solely by KTM Austria. Besides the 390, there’s news that this platform could also spawn a more affordable 200 Adventure.
The 390 Adventure was spotted near KTM’s testing facility in Southern Europe, and, from the looks of it, the bike shares some of its styling with the bigger KTM Adventure R. The large spoked wheels and long-travel suspension certainly point toward its off-road capabilities. Given that KTM has a reputation for making some of the most hard-core off-roading bikes, we expect the 390 Adventure to be one of the more competent machines at dealing with the rough stuff in its segment.
The images of the test-mule reveal a different crankcase than in the Duke 390’s. The report from Motorcyclist on these spy shots suggests that this could be a larger displacement engine than the 373cc one, possibly the engine from the Duke 690. While everything about this prototype is an assumption at this stage, we can all agree that the existing 373cc engine has more than enough punch to keep weight low and adventure riding interesting.
A public unveiling of the production-ready bike is likely at the 2018 EICMA show, with the bike slated for launch internationally sometime in 2019. Abroad, it will take on the upcoming BMW G 310 GS, the Kawasaki Versys-X 300, and the Suzuki V-Strom 250 (a prototype itself at this stage). At this point, there is no confirmation on if it will be manufactured at Bajaj’s plant and shipped to foreign markets, like the Duke and RC models. However, Bajaj is likely to keep the launch of the motorcycle on hold until the segment really heats up in the country. If it does make its way to the Indian market, it will be sometime after the launch of the BMW G 310 GS. Besides the Beamer, the 390 Adventure will also take on the RE Himalayan.
Additionally, the aforementioned 200 Adventure could also be on the cards. If it does arrive with a sub-Rs 1.5 lakh price tag, it could spawn a whole new segment of more affordable, entry-level adventure tourers.
Image source