Honda Navi refresh to be launched in August 2018 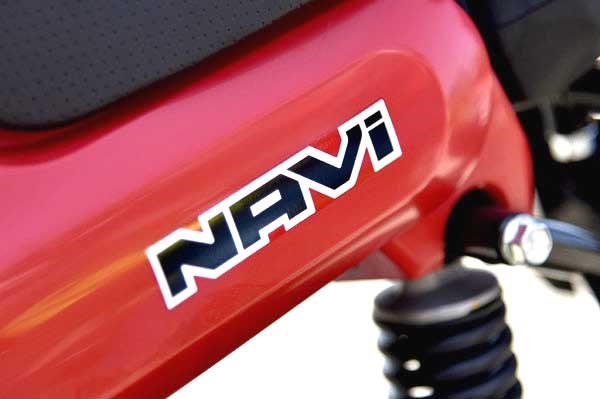 It’s been over 2 years since Honda first took the wraps off the cool and funky Navi, at the 2016 Auto Expo. Undoubtedly a bold, unexpected wild card entry from Honda, the Navi created a hype like no other Indian Honda had – in a while, at least – and it lived up to it as well. The Navi wasn’t quite as motorcycle-like as it aspired to be, but as pint-sized urban runabout, it worked like a charm. Its popularity is, therefore, unsurprising. And who can forget the long queues outside Honda dealerships, with hordes of people trying to snap up multiplies of Navis, when two-wheelers in India were transitioning from BSIII to BSIV emission norms?

Cut to 2018, and the shockwave of the Navi’s launch has subsided. Its volumes were never anything to write home about, but it’s now in certain need of a refresh. HMSI is well aware of this and, as a result, it’s been readying a refreshed version of the Navi.

The refreshed Navi will finally feature a fuel gauge, something it has skimped on since its inception. Given that the Navi only gets a 3.8-litre fuel tank (ample for city use, its intended playground anyway), the lack of a fuel-gauge does prove inconvenient. Couple that with the Navi’s rather austere, lacklustre analogue meter console and you get exactly what Honda will aim to revise this time around. It would be fair to speculate that Honda may plonk in a digital meter, or at least a digi-analogue unit, to go with the current trend and the expectations from buyers of this type of scooter.

Looks are certainly not a major cause of concern to Honda since the Navi looks far from dated. This means Honda may only offer mild cosmetic updates, in the form of new colours and some funky graphics to go with it.

What Honda will be keen on sprucing up is its range of practicality-enhancing accessories. The Navi does come across as a bit impractical given its unconventional styling and dimensions, and Honda will offer add-ons to support luggage, and also perhaps illumination and styling elements.

The refreshed Navi will be launched in August 2018 and may be priced marginally higher than the outgoing model. Speaking of which, the existing Navi is now up for grabs at Rs 44,389 (ex-showroom, Mumbai) with a cashback offer of Rs 5000 under specific terms and conditions.