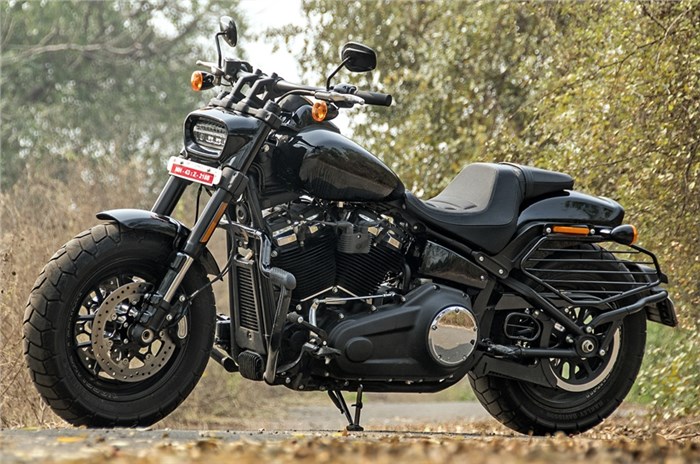 The increase in custom duties (in February 2018), from 10 percent to 15 percent, on completely knocked down (CKD) kits saw prices rise for most locally assembled motorcycles. However, Harley-Davidson India didn’t immediately raise its prices, but instead announced that the CKD portfolio revisions would happen only after the end of March 2018. The price hike for the company’s CKD motorcycles became effective from April 1 and ranges from Rs 8,000-70,000, depending on the model.

Suzuki, however, recently announced a small drop in the prices of the Hayabusa that’s imported as a CKD, due to the different duty rates charged by the government for different types of CKD kits. Those that are imported into the country with the engine and gearbox as separate units (Triumph and Harley) used to incur a duty of 10 percent, which was raised to 15 percent. However, CKD kits that come into the country with the engine and gearbox as one unit (Suzuki) used to incur a 30 percent duty, which was recently lowered to 25 percent; this was at the same time when the government announced a surprise reduction in completely built units (CBU) import duties.

Coming back to Harley-Davidson, while the Street 750, the most affordable Harley-Davidson on sale in India, has witnessed a price hike of Rs 8,000, the Street Rod’s price has increased by Rs 37,000, and they now stand at Rs 5.25 lakh and Rs 6.45 lakh, respectively. Both these motorcycles are manufactured in India, but few components of both the bikes are imported, leading to the price increase. Refer to the table below for the all the price revisions (all prices, ex-showroom, Delhi).

This hike in price comes as a setback to prospective buyers and will make it harder for Harley to sell motorcycles, especially from the premium Softail family. On the bright side, prices for the CBU range were reduced between Rs 2.62-3.73 lakh last month.