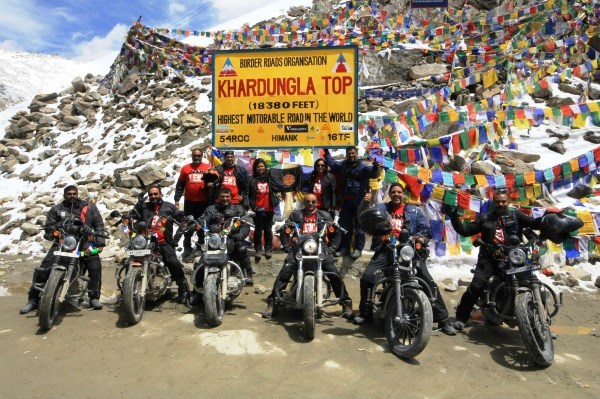 Nine HOG riders from the Coromandel chapter recently rode their Harley-Davidson bikes up to the treacherous Khardung La high pass. The fleet that made it to the top comprised a Nightster 1200, a SuperLow, a trio of Iron 883s and a Street Bob, to name a few.

Starting from Chandigarh, their journey followed the well-known riding route through various mountain passes after Manali, starting with Rohtang pass at 13,060 feet, thereafter traversing rugged Himalayan terrain to reach the highest point close to Leh, Khardung La at 18,380ft. The HOGs then rode to Zoji La pass at 11,575ft.

The journey took the riders through various terrain that comprised deserts, extensive plains and valleys.

A back-up vehicle, equipped with general spares such as clutch cables and various wires, along with a technical engineer, accompanied the HOGs throughout the ride. The ride concluded at Srinagar, and took the group fourteen days to complete.