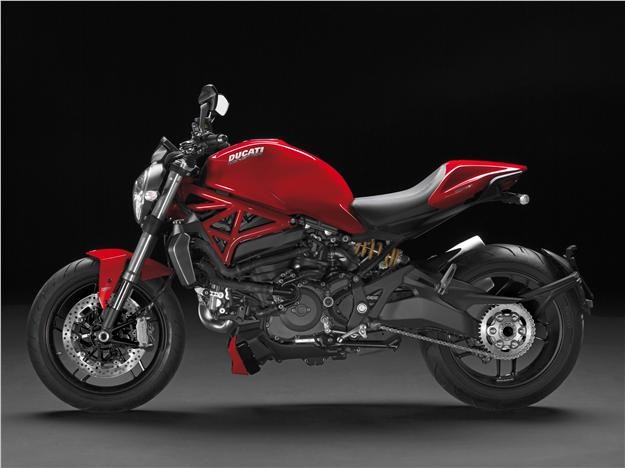 Continuous development of the product range and the success in new markets has lent confidence to the bike maker.

Italian sportsbike manufacturer Ducati has posted flat sales growth in CY2013. The bike maker sold 44,287 motorcycles in the year, up only 0.42 percent from 44,102 units sold in CY2012. Around 51 percent sales were recorded in Europe, 24 percent in North America and the remaining 25 percent in Asia and South America.
“We are very proud and satisfied with our results in 2013,” said Claudio Domenicali, CEO of Ducati. “Despite market uncertainties, especially in Southern Europe, Ducati has achieved positive results, confirming the strength of our products and the appreciation of our brand. For the second year running we have achieved record results, selling over 44,000 motorcycles, helped also by the introduction of new models such as the Hypermotard and 899 Panigale.“
Results for 2013 also confirm positive sales trend in emerging markets such as Asia, which grew by 26 percent compared to 2012 with 5,200 motorcycles sold. Ducati recently started sales operations in Brazil in second half of 2013, and has already delivered 700 motorcycles. The United States, accounting for 24 percent of sales, continues to be the largest market for Ducati, followed by Italy with 11.3 percent and Germany with 10.7 percent.
Continuous development of the product range and the success in new markets has lent confidence to the bike maker. Ducati expects to see further growth in 2014. “These results allow us to continue our commitment to new product development plans and in line with our main shareholder, the Audi Group, continuous technological and design innovation remains the cornerstone of our industrial strategy.”
For 2014, Ducati has rolled out the new Monster 1200 and the 1199 Superleggera (a limited edition of just 500 units which was already 90 percent sold-out before its official presentation at the Milan show). Ducati has a sales network of 817 dealers across 88 countries. In December last year, the bike maker officially announced its re-entry into the Indian market. The company, which was among the first of the foreign superbike manufacturers to enter the Indian two-wheeler market in 2008, ended its relationship with its former importer. Cristiano Silei, vice-president (sales and marketing), Ducati says: “We consider India an extremely important part of Ducati’s future global strategy and will strengthen our presence in the market with premium services and a larger network that will be in line with our global standards. Our entry into the Indian market is, therefore, a first step in this direction.”