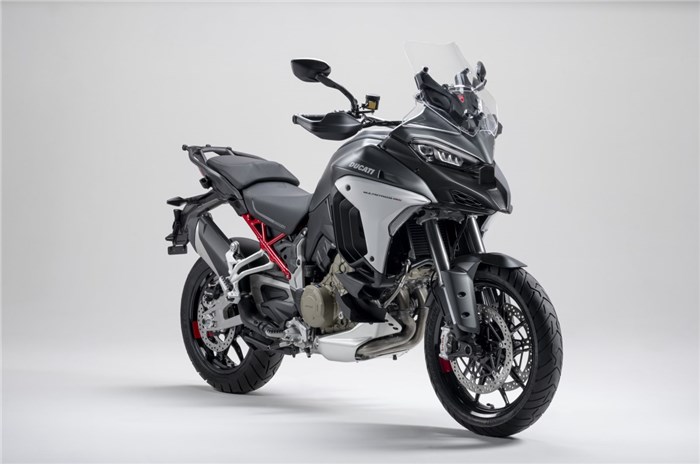 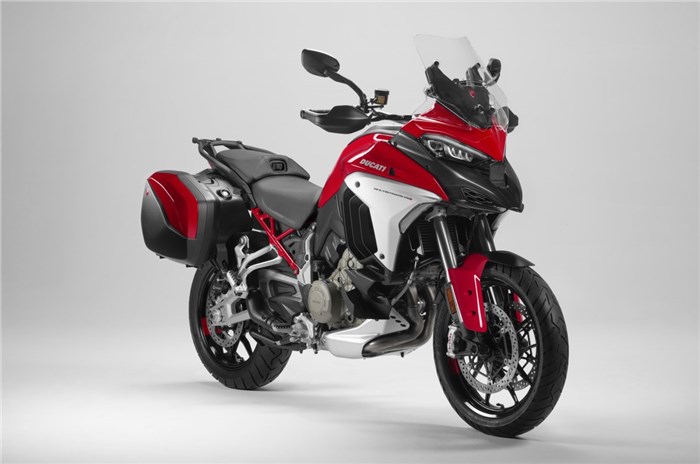 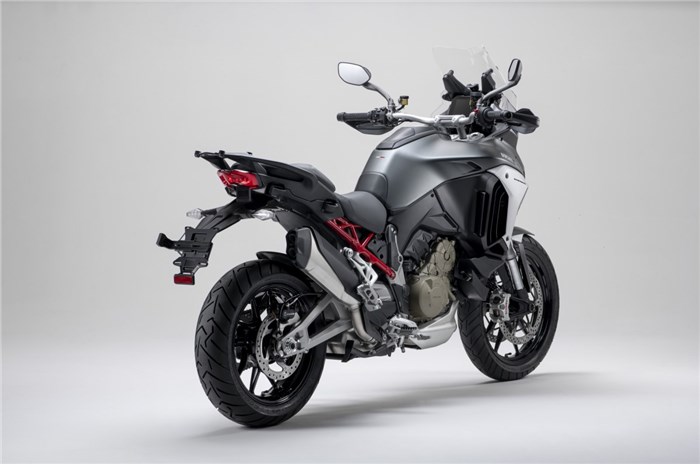 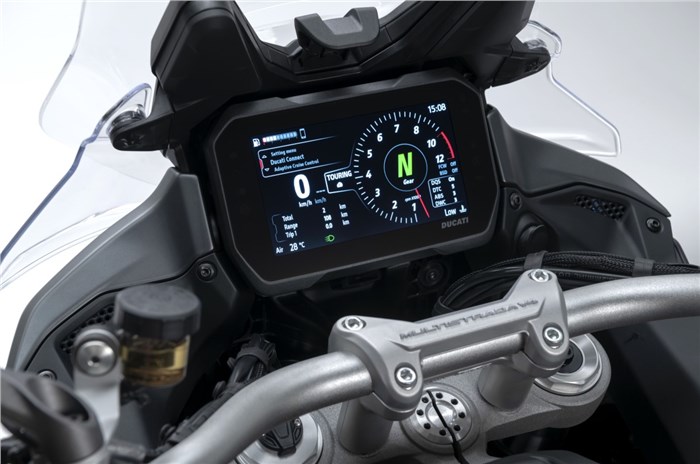 Visually, the Multistrada V4 shares a lot of styling elements with its L-twin siblings with a front-heavy profile and a small beak. A design element that's quite different towards the side is the layered air vent slits that look like fins. Ducati claims this offers improved aerodynamics and thermal comfort.

The company has said that the designers have worked on the proportions and compactness of the motorcycle body within the wheelbase, to favour the perfect combination of form and function.

When the company says, record-breaking maintenance intervals, it’s talking about the impressive 60,000km interval between a valves check. This is double the distance than that of the V-twin powered Multistrada 1260. The huge service interval might come as a relief to many because people have always been concerned about big service bills.

The V4 Granturismo engine, misses out on the company’s Desmodromic valves and makes do with a spring valve return system, a change that has contributed to the huge service interval. Ducati has added that the engine has been tuned to improve the riding experience at lower revs. The company claims that its Euro 5 (BS6) compliant engine, makes 170 hp at 10,500rpm and maximum torque of 125Nm at 8,750rpm. For reference, the older 1,262cc, V-twin was capable of making 158hp at 9,500rpm and 128Nm at 7,500rpm.

At 66.7kg, the V4 Granturismo engine is 1.2kg lighter than the Testastretta twin-cylinder used on the previous Multistrada 1260. It's also 85mm shorter, 95mm lower and only 20mm wider. The company has also added cylinder deactivation, where the rear bank shuts off at idle to help reduce the heat felt by the rider and the pillion.

However, the standout feature has to be the bike's front and rear radar system, which allows the use of Adaptive Cruise Control (ACC) and Blind Spot Detection (BSD). This is the first time we are seeing this tech on a production motorcycle.

It has a wheelbase of 1,567mm and ground clearance of 220mm. The suspension travel, meanwhile, is 170mm at the front and 180mm at the rear. Ducati hasn't revealed the kerb weight yet, but the Multi V4 has a dry weight of 215kg. The fuel tank capacity is 22 litres.

The Ducati Multistrada V4 S can be ordered with both alloy wheels and spoked wheels. This Multistrada is also available with new package configurations that can be ordered directly from the factory (Essential, Travel, Radar, Performance, Full). A complete breakdown of these packages is available on the Ducati website.

The Multistrada V4 will go on sale as early as the end of this month, but it is only expected to make its Indian debut early next year.

As for pricing, it will probably be more expensive than the Multistrada 1260, but by how much is yet to be confirmed.