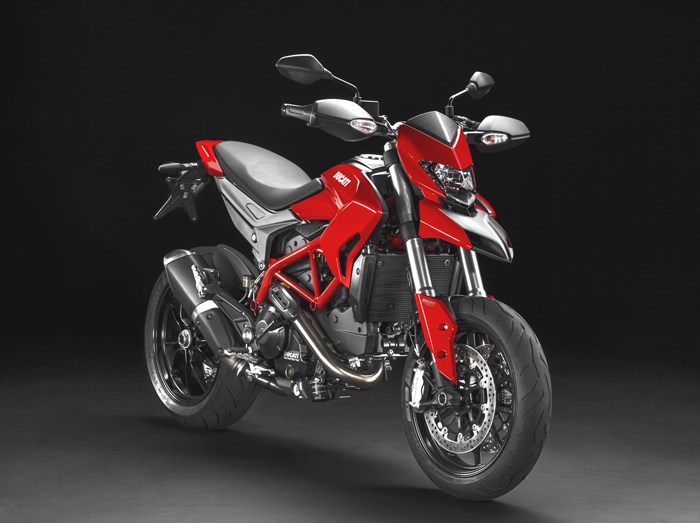 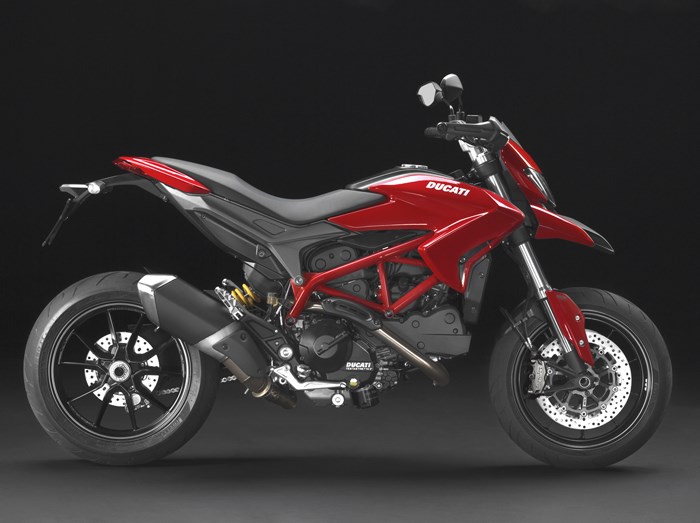 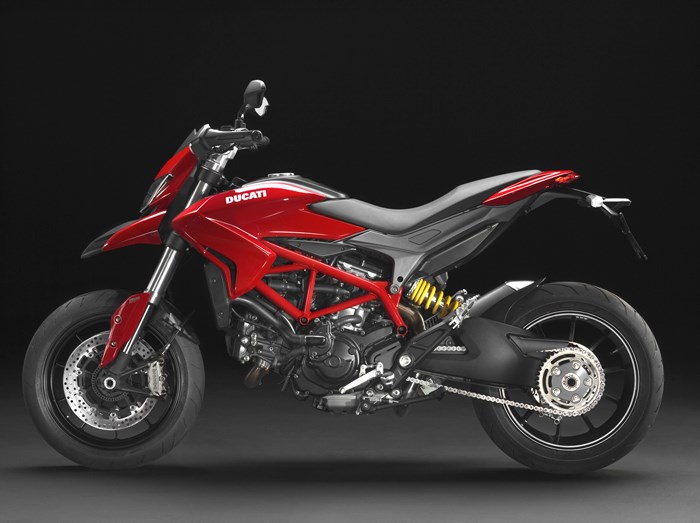 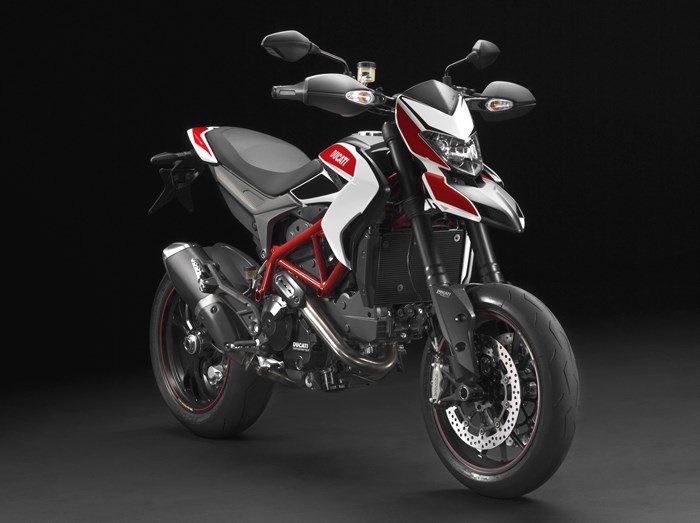 Ducati has gone back to the drawing board with its supermoto inspired Hypermotard. The 2013 Hypermotard has been comprehensively improved, with revised styling, a spanking new engine, 3-way adjustable ABS, plus an 8-level Ducati Traction Control (DTC) system. The Hypermotard has done well to upgrade its electronic arsenal, for the outgoing model was long in the tooth on this front. The new Hypermotard is also available as an SP variant, which gets Ducati’s race livery, engine tweaks as well as spruced-up suspension and brake components.

The Hypermotard series has seen success since production began in 2007, grabbing the fancy of motorcycle enthusiasts around the globe with sharp, aggressive styling and nimble, hard edged nature. Ducati has toiled to raise the bar, and has shifted the goal post even further. The aggressive Hypermotard for 2013 looks much sharper, its roundish front beak-like mudguard now more aerodynamic, and other body panels are restyled as well, giving this 2013 model a fresher look. You also benefit restyled 10-spoke alloy wheels, while the SP variant gets Ducati’s 1199 Panigale-S inspired red pin striped 3-spoke forged aluminium Marchesini wheels. The SP additionally comes with a front mudguard and camshaft belt cover fabricated from carbon fibre. 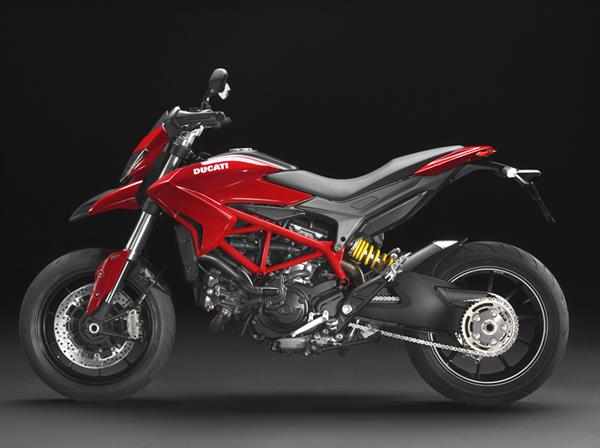 The 2013 Hypermotard uses a 2-into-1 exhaust system with stainless steel tip, routed from its flank instead of a twin under-seat exhaust previously.

Both Hypermotard variants provide three riding modes, albeit with a slight difference. On the standard bike, peak power is 110bhp in Sport and Touring, while Urban mode drops power to 75bhp, making the Hypermotard a tamer motorcycle for city use. The SP comes with Race and Sport modes, again making maximum power of 110bhp and a Wet mode with 75bhp at the wrist for safer riding in low traction, wet riding conditions. Different riding modes also affect throttle response, which is Ride-by-Wire. ABS and traction control levels also fluctuate depending on which mode the bike is slotted into. This Hypermotard uses a high-tech, now Ducati typical dot matrix instrument panel displaying all and more, from speed to oil-pressure, air-temperature, average fuel consumption and journey time. 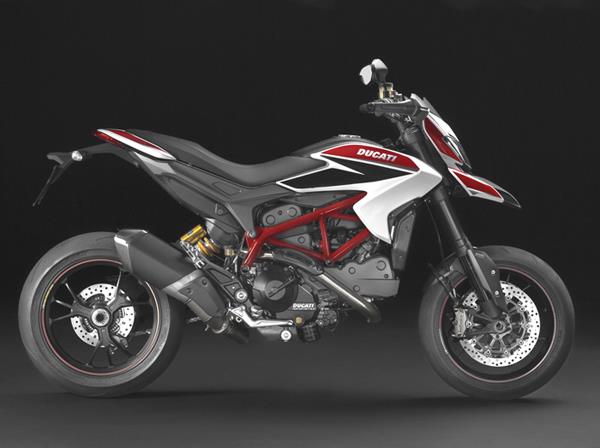