BLU3 E20 will deliver cool air into the helmet that is as much as 15deg C cooler than the ambient temperature. 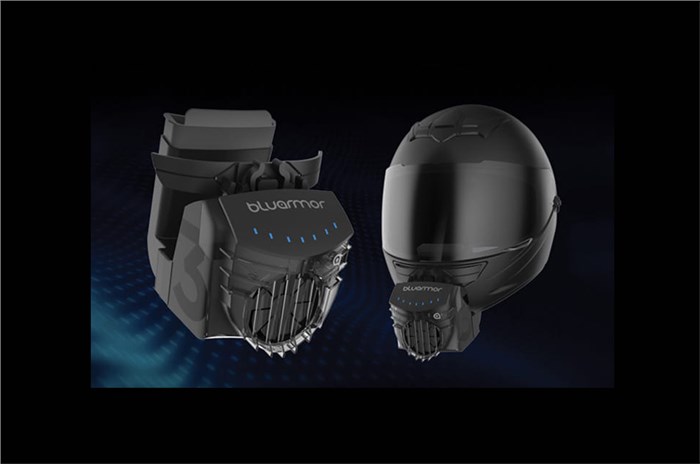 BluArmor has revealed its latest helmet cooler, the BLU3 E20. This is the third version of the device and it promises to be quite different from its predecessors, the BluSnap and BluSnap 2, thanks to the addition of Bluetooth, among other things.

The Bengaluru-based start-up claims that the BLU3 E20 can send cool air into the helmet that is as much as 15deg C cooler than the ambient temperature. There is also said to be a 100 percent increase in airflow from the previous version. The new helmet cooler will also feature tunable airflow-rate and airflow-direction.

The most important feature is that the cooler can now be controlled using Siri or Google Assistant. Using this, you can turn on the fan, change the fan speed, ask about the remaining battery percentage and more. It will also allow one to hear their WhatsApp messages as they come in. In addition to this, the device can record ‘location-aware voice notes’ – you can make voice notes as you pass a location, and it'll be played back to you when you approach that location again.

BluArmor will launch the BLU3 E20 at the 2020 Consumer Electronics Show in January. Head to the BLU3 E20 page on the company’s website for more information.