The upcoming adventure tourer is powered by a new 693cc parallel-twin engine. 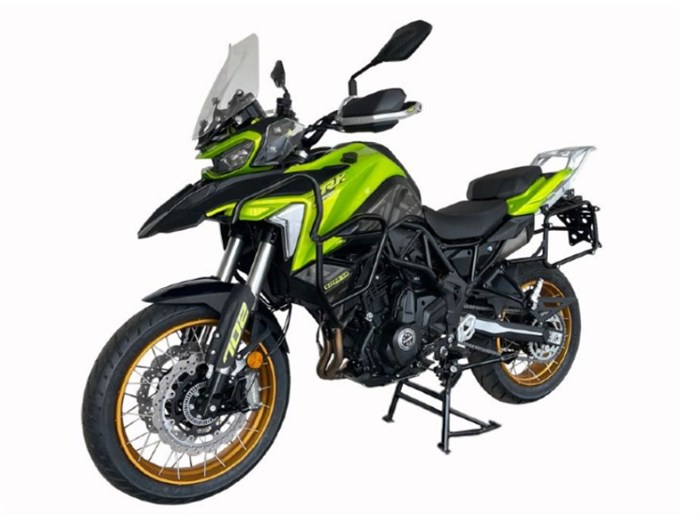 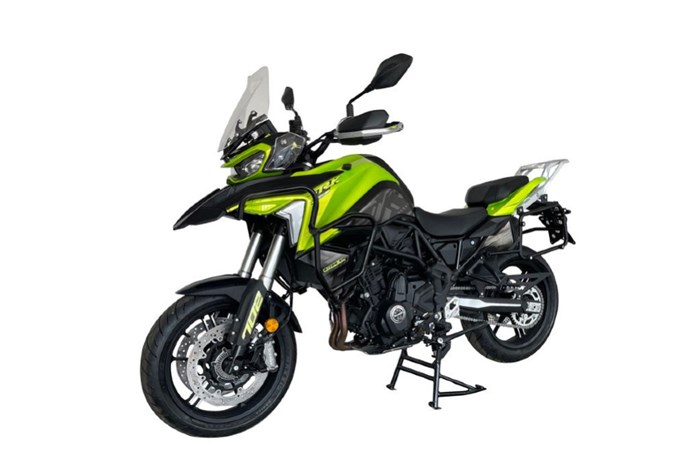 Benelli offers the 500cc TRK 502 adventure tourer line-up in our country and had introduced the 754cc TRK 800 for overseas markets at EICMA a couple of years ago. Type approval documents now show that a TRK 702 is on the way, and it will sit neatly between the two aforementioned models in Benelli’s model range.

Like the other two TRKs, the 702 will be powered by a parallel-twin engine, and displacement will be 693cc this time around. This engine has recently appeared in some of QJ Motor’s domestic market offerings and seems quite similar to the motor used by the CFMoto 700CL-X, which itself is derived from the company’s suspiciously Kawasaki-inspired 650cc engine. Peak power is rated at 75hp, which is unusually close to the TRK 800’s 76hp. For reference, the 700CL-X produces 70.7hp and 61Nm.

The new engine has necessitated a new frame, but it does share its steel trellis construction with the larger TRK 800. The swingarm has been redesigned as well, and the 702 will be offered with two wheel options. There is a more street-oriented variant with 17-inch alloy wheels, which should sit squarely against the Kawasaki Versys 650, as well as a more off-road focused version with a 19-inch/17-inch wire-spoke wheel set-up. 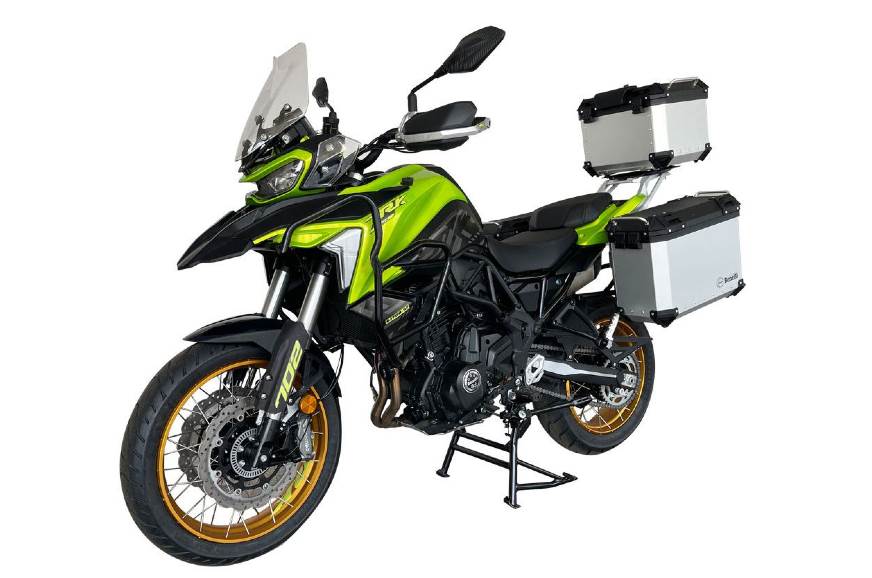 Wheel sizes for the latter seem to be the same as the TRK 800, which means a 110/80-R19 front and 150/70-R17 rear, and the radially mounted calipers have been carried over from the larger TRK as well. Wheel sizes for the alloy wheel-equipped version are wider, with a 120/70-ZR17 up front and a 160/60-ZR17 at the rear. The type approval documents also show a version of the bike fitted with hard luggage – an aluminium top box and panniers – but it isn’t clear whether this is an additional variant by itself, or these are just accessories.

Benelli TRK 702: will it launch in India?

Benelli’s line-up in India at the moment only extends as far up as its 500cc models. Perhaps it felt that the TRK 800 would be too expensive a bike to introduce in its current situation in the Indian market. If that is the case, the TRK 702 would be a prime candidate for slowly exposing buyers in India to a more expensive Benelli motorcycle. So don’t write off an India launch just yet. With type approval documents filed and the photos showing a very complete-looking motorcycle, expect an official unveil from Benelli very soon.