The Qianjiang-owned brand has a presence in over 60 countries, predominantly offering 125cc to 200cc motorcycles. It’s scheduled to unveil its maiden product here on May 17. 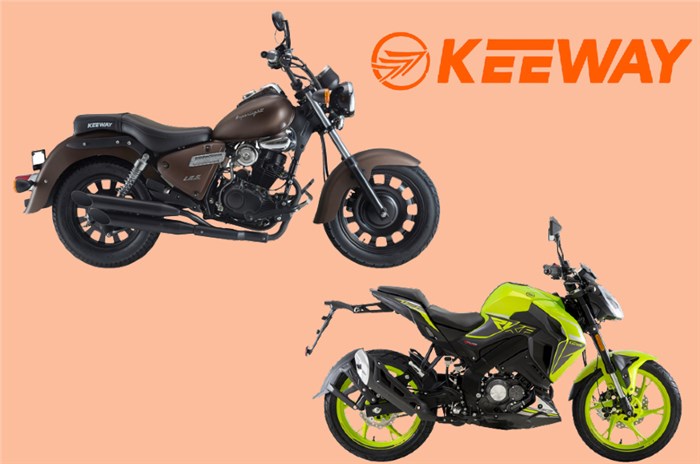 A new manufacturer is set to enter the Indian market, in the form of Keeway Motor. Benelli India has teased the launch of its sister company and the incoming manufacturer is scheduled to unveil its maiden product or products on May 17.

While Keeway Motor may be a new name to most people in India, the company’s website suggests it has a sizeable global presence, selling its two-wheelers in over 60 nations. Its path into India is paved by sister company Benelli – both companies are owned by the Qianjiang Group, which in turn is owned by Geely (one of China’s leading automakers and the largest shareholder in Volvo).

While the company hasn’t revealed any details about the products it will unveil in India on May 17, its global line-up consists of predominantly 125cc models, covering both bikes and scooters. There are also models in the 150-250cc range, as well as some 500cc models that seem to be based on their Benelli counterparts. (They even feature ‘502’ in their name tags, like many half-litre Benellis, although the engine actually displaces 486cc.)

In addition to the petrol-powered offerings, the company also has an electric scooter in its portfolio: the E-Zi Mini. With manufacturers tripping over each other to jump on the EV bandwagon, there is a distinct possibility of Keeway introducing the e-scooter here. As sold in the UK, it’s powered by a 1kW hub motor and gets a 0.96kWh Li-ion battery good for a claimed 45km of range.