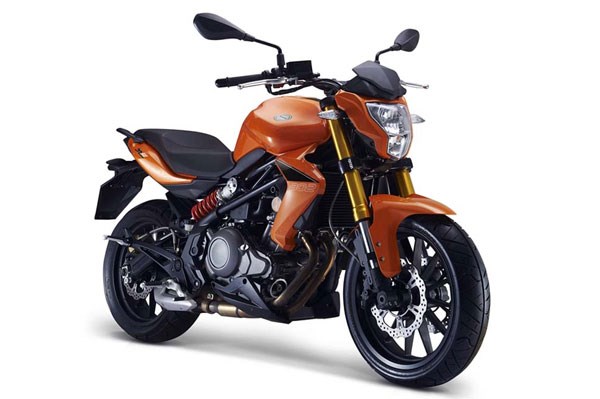 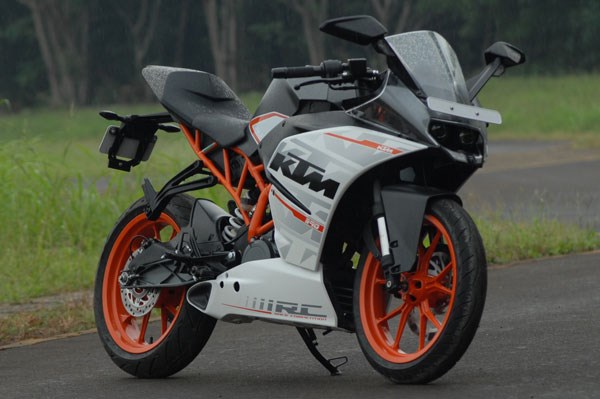 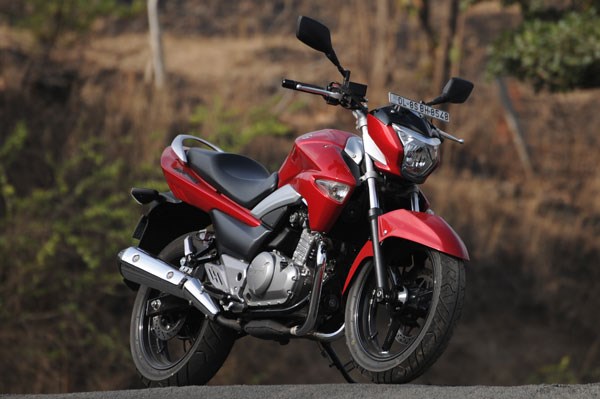 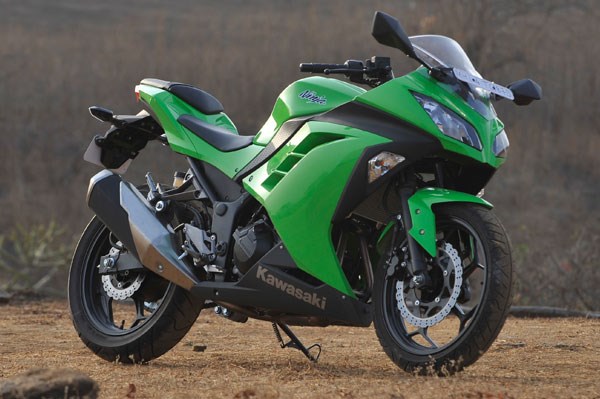 DSK Motowheels and Italian manufacturer Benelli are soon to enter the Indian two-wheeler market. Amongst the other exciting bikes this JV will bring onto Indian roads, the twin-cylinder 300cc Benelli BN302 will be their most affordable offering. The BN302 will compete against solidly established motorcycles in our market, including the Kawasaki Ninja 300, the KTM RC390 and Suzuki Inazuma. Let’s take a look at how they compare on paper?

The KTM RC390 has the largest capacity engine of all here, albeit from a single-cylinder engine from which it still produces the highest power output of 42.9bhp at 9,000rpm. The Kawasaki Ninja is next in line, producing 38.5bhp at a high 11,000rpm, followed closely by the Benelli BN302, which produces 36.2bhp at a slightly higher 11,500rpm. The Suzuki Inazuma produces 24bhp at 8,500rpm.

The Kawasaki Ninja 300 and the Benelli BN302 have similarly large-capacity 17- and 16-litre fuel tanks respectively. The Suzuki Inazuma can carry 13.3 litres of fuel in its tank and the KTM RC390 stores 10 litres.

When it comes to torque, the KTM RC390 takes the cake once again, with 3.57kgm produced at just 7,000rpm. The Kawasaki Ninja produces 2.8kgm at 10,000rpm and the Benelli BN302 produces 2.75kgm at 9,000rpm. The Suzuki Inazuma produces 2.2kgm of torque made at a healthy 6,500rpm. All four motorcycles deploy six-speed gearboxes to transfer power to their rear wheels.

The Benelli BN302 is marginally larger than the other bikes compared, measuring 137mm longer than the most compact bike here – the KTM RC390. The Benelli also measures the widest at 800mm, the fully faired Kawasaki Ninja 300 slimmer by 80mm. 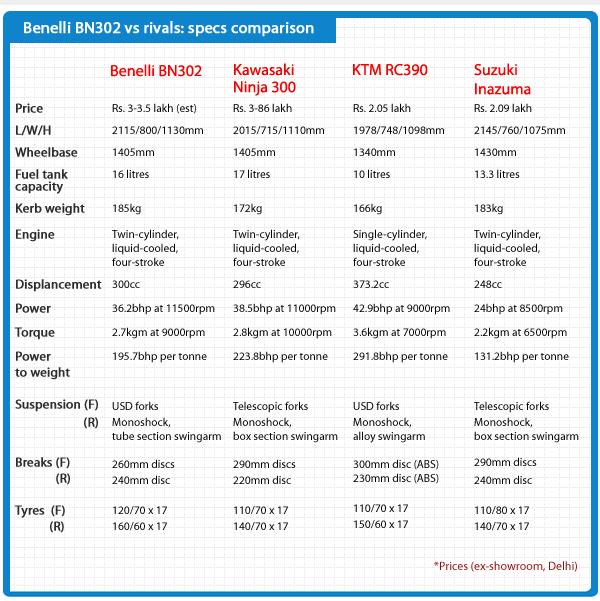