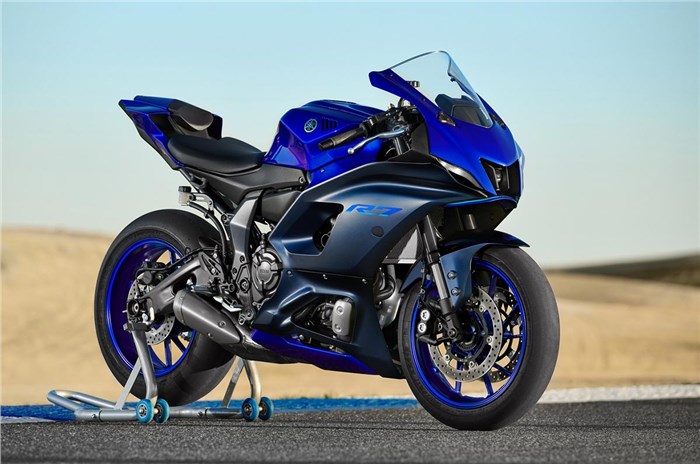 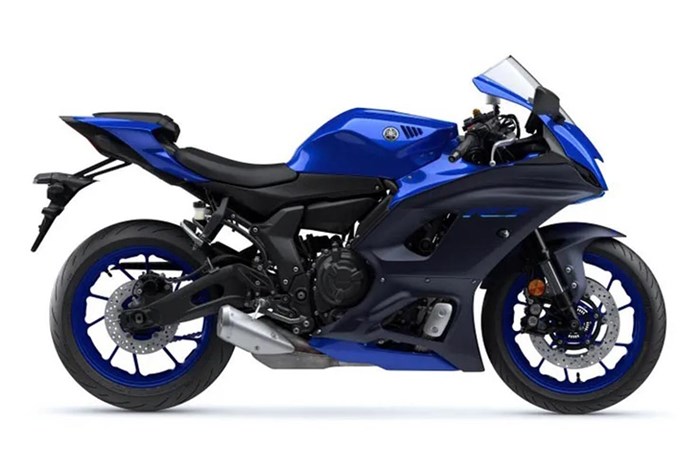 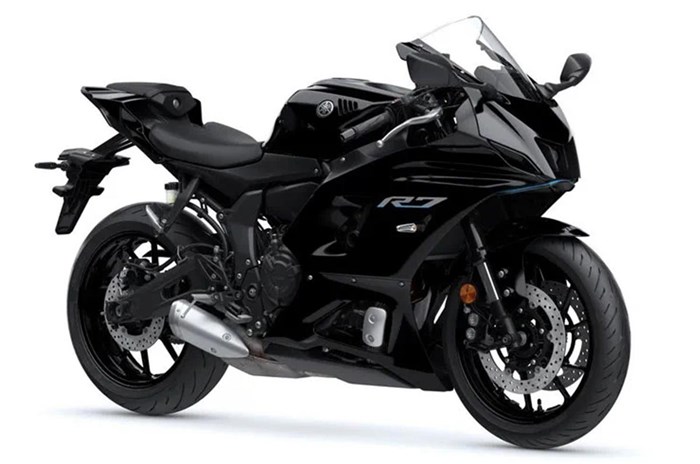 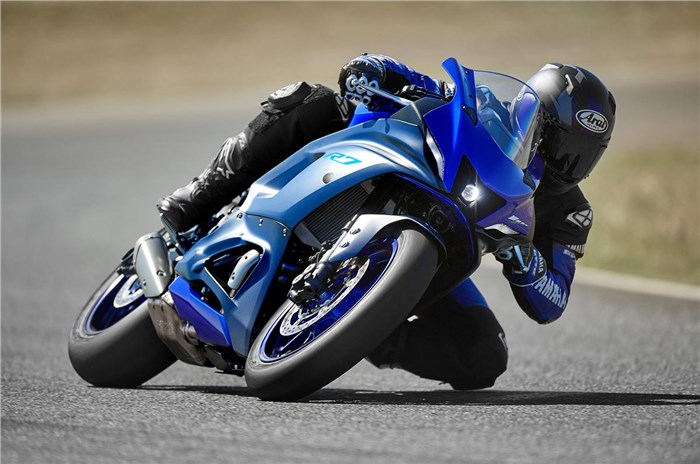 The Yamaha YZF-R7 is powered by 689cc, inline-twin engine.

Yamaha has taken the wraps of the YZF-R7, its new supersport machine. The Yamaha YZF-R7 replaces the YZF-R6 as the company's road-legal supersport, that sits between the YZF-R3 and YZF-R1.

Unlike the Yamaha-YZF R1, where the twin projector headlights sit below the LED DRLs, the YZF-R7 has a single headlight bang in the center of the front fairing.

The R7 also has large openings in the side fairing that will help dissipate hot air. The rear-end is sharply raked and in line with the styling on other YZF-R models. Altogether, it looks attractive, after all, the design has been inspired by the YZR-M1 MotoGP machine.

The YZF-R7 will be available in two colour schemes - Raven Black and Team Yamaha Blue.

As expected, the ergonomics are aggressive, with rear set footpegs and clip-on handlebars. The seat uses the same cushion and material as that on the YZF-R1 and Yamaha says that the riding position is sporty without being too uncomfortable.

The Yamaha YZF-R7 is powered by the Yamaha MT-07's 689cc, liquid-cooled inline-twin engine that's paired with a six-speed gearbox with slip and assist function. The engine develops 73.4hp at 8,750rpm and 67Nm at 6,500rpm. A quickshifter is offered as an option.

The CP2 engine also features forged aluminium pistons with direct-plated cylinders integrated with the crankcase. These are not only light but also strong enough to withstand stress at higher rpms. In addition, the bike gets a new ECU, revised air intake and exhaust system.

Like the MT-07, the CP2 engine features a 270-degree crank and an uneven firing order for a linear power delivery and responsiveness. It also has an optimized secondary gear ratio for a sporty feel, says Yamaha.

The R7 is equipped with a new LCD display that shows gear position, real time and average fuel economy, fuel level and more.

The YZF-R7 employs a narrow, high-strength steel frame and that along with the slim motor means Yamaha could create a fairing that's smaller than the YZF-R3. In fact, the slim form factor and lightweight chassis translates to a 188kg wet weight.

The bike is suspended by a new, fully-adjustable 41mm KYB USD fork and a link-type monoshock at the rear that can be adjusted for rebound and preload only.

Given the sporty intent of the YZF-R7, Yamaha has also tinkered with the geometry of the motorcycle. Compared to the MT-07, the R7 has a sharper steering angle and 5mm shorter wheelbase. This should result in a motorcycle that's quick to turn in and also change direction. Yamaha has also added an aluminium centre brace near the swingarm pivot of the YZF-R7, in order to improve torsional rigidity.

As far as competition is concerned, the Yamaha YZF-R7 will take on the Aprilia RS 660.