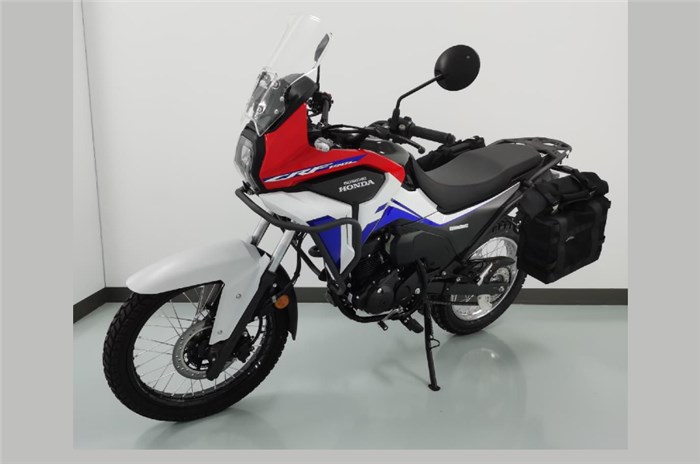 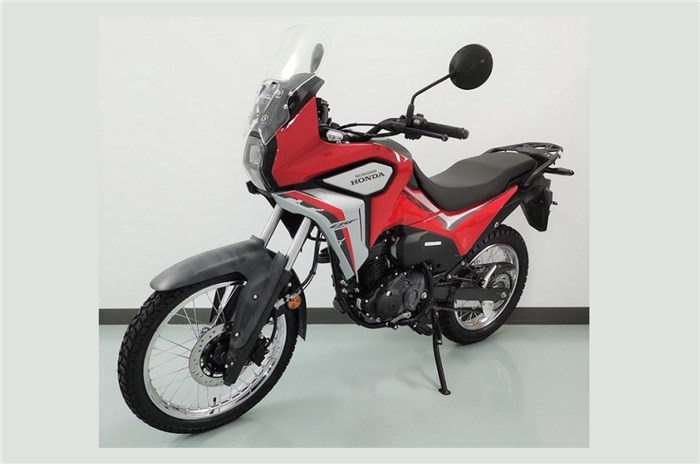 Powering the bike is a 184.4cc single-cylinder engine similar to Honda’s Hornet 2.0 sold in India.

Leaked images reveal Honda’s off-road oriented CRF190L. Sundiro Honda, the manufacturer’s Chinese division, has readied a CRF190L powered by the 184.4cc single-cylinder engine that’s similar to the one on the Hornet 2.0 and the new CB200X on sale in India. However, unlike the CB200X, this motorcycle is suitable for off-roading.

The dual-purpose CRF190L motorcycle also sports a unique design, which according to the source, could share similarities with the upcoming Translap.

While the bike shares its engine with the aforementioned Indian models, the platform is said to be based on the Honda XR190L, a dual-purpose offering popular in markets like South America. It’s being said that the engine in the new CRF is tuned to make 15.6hp and 15.7Nm. For reference, the Hornet 2.0 and CB200X make a higher 17.3hp and 16.1Nm. We expect the CRF190L to use the same five-speed gearbox, but cannot comment on the gearing.

The bike also appears to be equipped with 19-inch front and 17-inch rear wheels. These wire-spoke wheels are also wrapped in dual-purpose tyres. It is also being said that the 2021 CRF190L has a kerb weight of 145kg, which makes it slightly lighter than the CB200X, but heavier than the Hornet 2.0.