Range is one of the biggest considerations when purchasing an EV. Here’s a list of the top 10 electric two-wheelers with the highest claimed range in India.

The number of electric bikes and scooters on the market is growing by the day.

The electric two-wheeler segment has really taken off in India in recent times. With every passing day, the number of options to choose from grows bigger, making the selection process an increasingly confusing affair.

One of the biggest considerations when buying an EV is range, and this often ends up being the deciding factor. If you’re looking for the electric two-wheelers with the highest range today, this is the list for you.

This list contains high-speed electric two-wheelers (top speed>25kph) that are currently on sale in India, and the range figures mentioned here are those that are claimed by the manufacturers (most often, these are the ARAI-tested range figures), and real-world distances will almost always be lower. In some cases, we have been able to verify the real-world range ourselves, and have mentioned our results.

Note that this list only contains vehicles that are currently actually on sale, and not those that have been ‘launched’, but with deliveries promised for the future. We will make a mention of the notable products that fall under that category at the bottom of this article

The Komaki Ranger is an electric motorcycle styled in the format of a cruiser, and claims to be the first bike in the country to go down this path. It gets a 3.6kWh battery, which Komaki claims is good for a maximum range of 200km. Power comes from a 4kW BLDC motor that gives it a claimed top speed of 80kph. Other distinguishing touches include a faux exhaust system with LED lights at the exhaust tips, and speakers to produce an artificial engine sound.

The Ola S1 Pro has been one the most talked about electric two-wheelers lately and for good reason. The S1 Pro comes with a motor producing 8.5kW of peak power which successfully catapults it to a top speed of 99.8kph as tested by us. It also gets a 3.97kWh battery and 181km of ARAI-certified range.

In the real world, however, we experienced 102km before running out of juice in Sport and 127km in Normal mode, which is refreshingly close to the 135km ‘Ola True Range' quoted by the brand. Does this make it one of the best premium e-scooters on sale right now? Well, we’ve compared it to the established leader, the Ather 450X, and you can find our review here.

The Odysse Hawk Plus gets a 2.88kwh portable lithium-ion battery which it claims is good enough for 170km on a single charge. With its modest 1.8kW motor, it affords a top speed of 45kmph. The Hawk can be had in five colours – Black, White, Blue, Red and Silver. The features list includes a music system and cruise control.

Next on the list is a product from the market leader, Hero Electric, – its  NYX HX (Dual Battery) scooter. It has a 1.54 kWh dual battery set-up which gives it a claimed range of 165km. Compared to the Hawk Plus above, this scooter gets a similar top speed of 42kmph. The overall design seems to tend towards the functional side. For example, the scooter gets a split seat, which when travelling solo can be propped up as a backrest. Another striking detail is the venom-green suspension coil springs.

The Revolt RV400 has been a part of the Indian motorcycling scene for a while now. The RV400 electric motorcycle comes with a 3.24kWh battery pack from which the company claims it can extract a range of 150km. It gets a 3kW motor that propels it to a top speed of 85kmph. Revolt also offers a lower-powered RV 300 motorcycle, which has a range of up to 180km in the bike's Eco mode. The reason it does not make it on this list is that it’s limited to a speed of 25km in said mode. Also, online booking is currently not being accepted, customers can visit a showroom and book a motorcycle physically.

The IPraise+ is styled somewhat similar to most petrol scooters on the market, with a large front fascia dominated by the apron-mounted headlamp.  It gets a 3.3kWh lithium-ion battery pack, which affords it a claimed 139km range. It is also capable of achieving a top speed of 58kmph thanks to its 2.5kW motor.

Hero Electric’s Optima HX comes with a 1.53kWh portable battery pack which gives it a claimed range of 122km. The scooter gets conventional commuter styling and can be optioned in four colours, ie, red, blue, silver and white. It gets a claimed top speed of 42kmph courtesy of its 1.2 kW motor. It also gets cruise control.

The Ampere Magnus EX comes with a 2.29kWh lithium-ion battery pack, which translates to a claimed range of 121km. The Magnus EX gets a 2.1kW motor affording it a top speed of 50kmph. Ampere has also recently announced its partnership with Bounce to utilise its battery-swapping network.

The Pure EPluto is equipped with a 2.5kWh battery pack which, the company says, makes the EPluto 7G good for 120km before it runs out of juice.  The EPluto 7G’s BLDC hub motor has a peak output of 2.2kW and a nominal output of 1.5kW, which, according to Pure, is good enough for 0 to 40kph in 5 seconds. On the design front, it seems to be a pretty blatant rip-off of a Vespa.

The Odysse Evoqis is another e-bike on this list and is a fully faired motorcycle, styled suspiciously similar to the Kawasaki Ninja 300. It comes with a 4.32 kWh lithium-ion battery affording it a claimed 100km range. It gets a 3kW motor which propels it to an 80km/h top speed.

While these are the electric two-wheelers with the highest range that you can buy today, technology is improving rapidly and we are seeing range figures increasing by the day. There are a number of models that are on the verge of hitting the market that promise to make it onto this list.

Bengaluru-based start-up Simple Energy will soon begin deliveries of its 'One' e-scooter, which has an IDC range of 236km. The company says that the scooter can even be configured with an additional battery pack to boost range to 300km. However, these claims can only be verified once the scooters are on our roads.

Another Bengaluru-based start-up called Oben Electric recently launched its electric bike called the Rorr, which also has an IDC range of 200km and promises 150km of real-world range. Deliveries are expected to begin in July and you can read all about the bike here.

Continuing with the theme of e-bikes, Pune-based Tork Motors recently launched its long-awaited electric motorcycle, the Kratos R. Its range under ideal conditions is 180km, while the real world promise is 120km. You can check out our review here. 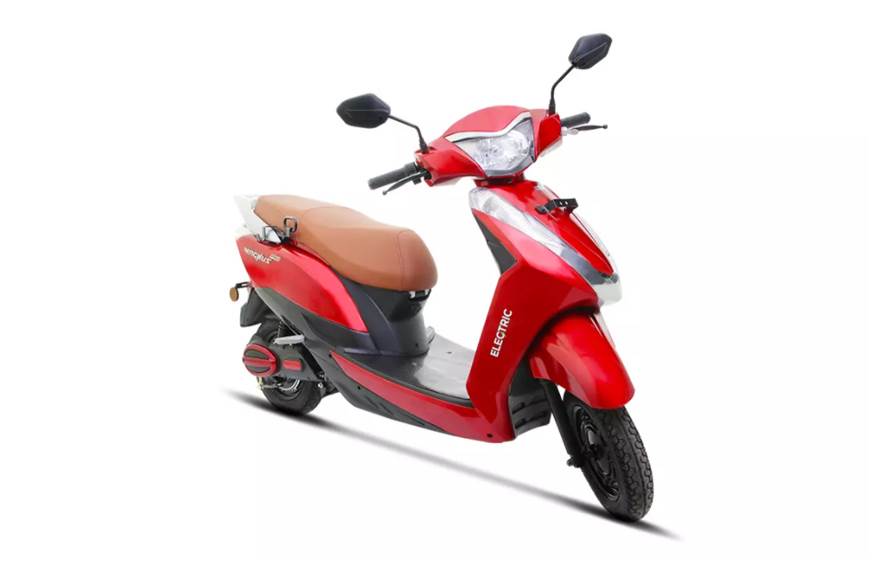