To help cope with high development costs, some car manufacturers in India have taken to badge engineering. We analyse this new trend. 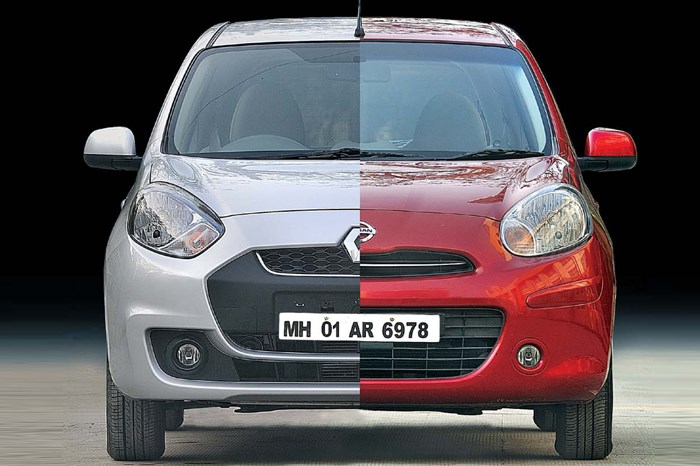 The business of developing a car from scratch is both complex and expensive. And as a result, big car-making conglomerates that own multiple brands find it easier to design and engineer one car, and then sell it under two or more brand names to save on designing and engineering costs. This is commonly referred to as badge engineering and is something that has now made its way to India as well.

It’s important to remember that this is not the same as platform sharing, where only the structural, powertrain and engineering components — and not body parts or interiors — are shared among models. For example, the Skoda Laura and VW Jetta share platforms, but are not badge-engineered versions of one another.

Badge engineering isn’t a new concept though. The entire US car industry, until about five years ago, had been propped up by this practice from as early as the 1920s. General Motors, Chrysler and Ford each notoriously sold the same handful of cars — everything from hatchbacks to sports cars — under four or five different brand names, and very successfully too. Chevrolet Tahoes were rebadged as Cadillac Escalades, Dodge Challengers were Plymouth Hemi Cudas, and Ford Crown Victorias were Lincoln Town Cars. What this meant was that the same car would compete with itself, albeit at a slightly different price point.

Now this may seem like a cruel joke — paying more for a car you know is the same underneath, but that’s where the power of branding comes in. For badge engineering to thrive there must be enough loyalty from customers to each brand under which a car is being sold.

There is a way brand engineering makes more sense, though. Since multi-brand manufacturers spread their brands across different countries, they are able to sell one car with different badges in different countries. This is international badge engineering, as opposed to domestic, and doesn’t involve competition on the same turf. GM’s Australian Holden Commodore is called the Vauxhall VXR8 in the UK, for example. Actually, India is no stranger to cross-border badge-swapping; our very own HM Ambassador is a British Morris Oxford, while the Premier Padmini is really an Italian Fiat 1100.

Domestic badge engineering is back, however, and now India gets its first real taste of the practice with the cars you see on these pages — the Renault Pulse and Nissan Micra.

They are, mechanically, the same car — from their powertrains to their suspensions and down to their instrumentation. The differences are purely cosmetic and a direct result of feedback on the Micra’s design, which Renault-Nissan insiders tell us was found to be too feminine. In order to win back male customers who may have been put off by the Micra’s girly design, the Pulse has a much more aggressive look. Major changes are a gaping, blacked-out grille with a big Renault ‘lozenge’ front and centre, sharper headlights, redesigned taillights, and a new rear bumper with a blackened lower section that mimics a diffuser.

But is that enough to set the Pulse apart as a whole new car, and if so, which would the average Indian choose? We parked the two cars side-by-side and asked a number of potential hatchback buyers for their opinion on purely the design. The results were shockingly unanimous. Hundred percent of the women we spoke to chose the Micra without hesitation, and wouldn’t touch the Pulse with a barge pole. The exact opposite was true of the men. Some people looked quizzically at the Renault badge, having no knowledge of the brand. Overall, the view was that the Pulse was no more than a slightly modified Nissan Micra — a car they were quite familiar with.

So, has it worked? It’s too early to tell and pricing is critical. At the time of going to press, Renault had not yet revealed pricing for the Pulse, but we estimate that the difference between it and the Micra will be negligible.

Will badge engineering really work in a place like India? The trouble is, our market is very young and is still developing its brand allegiances. Unlike in the US and Europe, where most car brands have been around for 50 or more years, our market has only really opened up in the last 20 years. As a result, there is no history, no loyalty, no reason for someone to choose one brand over another.

Still, what you see before you are two mechanically identical cars with the same specifications and creature comforts, at possibly the same price. Yet, on looks alone, they are as polarising as the FDI proposition. This is great for Renault-Nissan, because whichever option you choose, they win.