We throw some light on the various types of headlights and the purpose they serve. 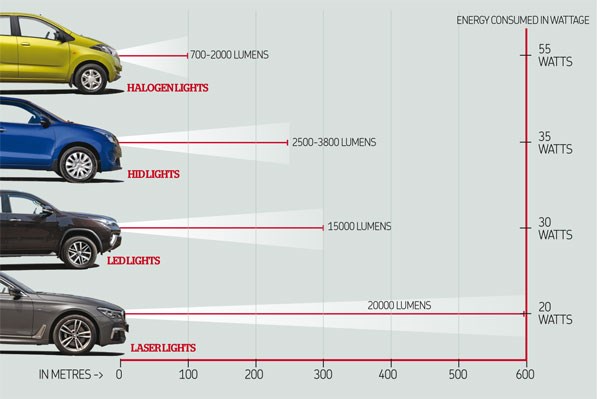 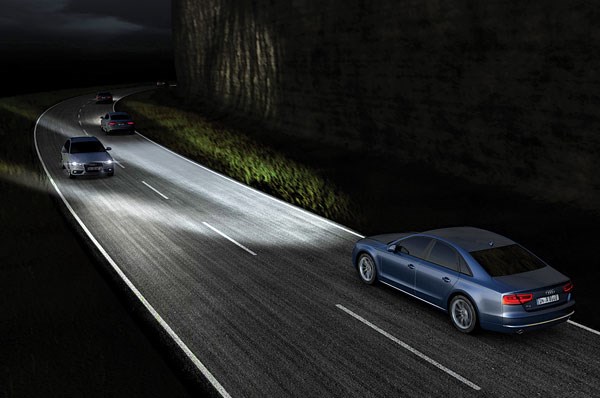 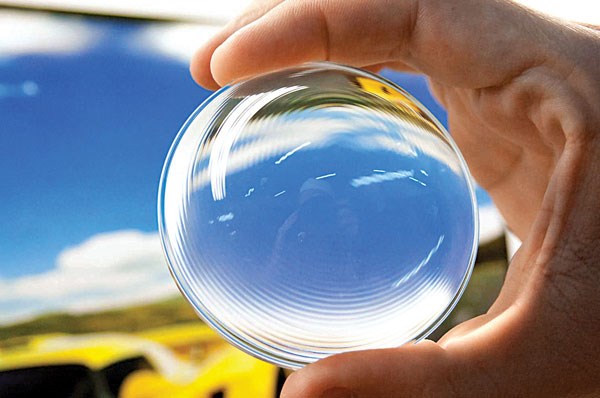 Lasers, projectors, LEDs. No, this isn’t some party planner's material list, but the headlight technology that has been advancing at a rapid rate and is finding place on our cars. And, it's getting more and more difficult to cut through the jargon; LEDs, halogens, projectors, xenons. So, what do they mean?

What are halogens?
A halogen bulb is similar to an electric bulb found in any household. But while your regular bulb has a filament (small wire) that heats up and emits light, the halogen lamp uses halogen gas to increase brightness.

These bulbs aren’t very efficient, as most of the energy is wasted in heat instead of light. Halogen bulbs used in automobiles typically emit a yellowish light and despite the technology being over 50 years old, it is widely used. In terms of brightness, halogen lamps have a throw of about 100 metres.

What are xenon headlights?
Also referred to as HID (high-intensity discharge), xenon lamps are similar to the ubiquitous tube light. There is no filament that gets heated up, instead, xenon gas is electrically charged. This produces a bluish-white light that is close in colour to natural light. Xenon lamps are more expensive than halogen but they generally last longer and are more efficient. As seen with tube lights, these lamps too have a small delay before lighting up and take some time to come to full brightness, which is why the high and passing beams generally get an additional halogen bulb. Thus, a car will have two bulbs in each lamp unit making it a total of four.

What are bi-xenon headlights?
The term bi-xenon headlight is a bit confusing, as ‘bi’ suggest two. But a bi-xenon uses just one xenon lamp for the high beam, which is then either moved or shaded each time a low beam is to be provided. Thus, a bi-xenon lamp is sometimes cheaper and also takes up less space in the lamp unit. 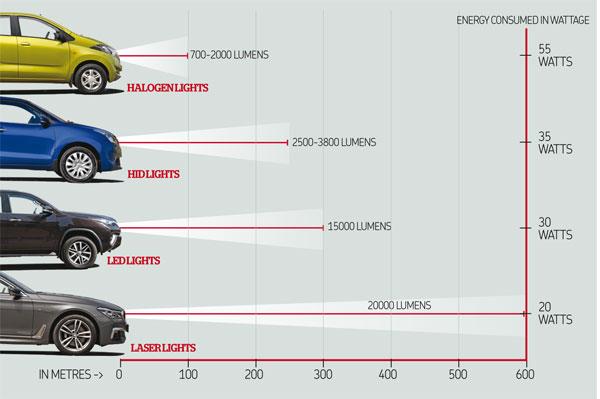 Lumens is the amount of light emitted from a source. Higher the lumens, brighter the light.

What is a projector lens?
Do not confuse these with projector lens lights; these do not necessarily indicate xenon bulbs. A projector is a simple lens which is used to focus the light source on to the road. It is quite similar to a movie projector you might have in your office or home. As you may have guessed, a projector lens can be used with any light source: halogen, xenon or an LED lamp.

What are LED headlights?
In general, an LED or light emitting diode discharges light from the movement of electrons and as such, is a simple and highly efficient system. The advantage of LED lights is that they light up instantly, are extremely efficient and last far longer than other light sources. Thus, they are frequently used in tail-lights and daytime running lights. However, with technology advancing, the problem of lower light intensity is being overcome to the point where LEDs are finding application in headlights. The additional benefit here is that LEDs can emit light that's far closer in colour to daylight. Of course, some manufacturers use LEDs for just low beams, while some have full (low and high beam) LED lights.

What are daytime running lights?
These are mostly LED lights that always stay lit when a car is on. In LED form, they consume negligible energy and while most people like them for their designs and style, they are meant to increase your car’s daytime visibility. They do not cost much and many manufacturers are offering them as a standard feature on their cars.

What are laser lights?
These lights stimulate a gas with a laser beam, which then glows extremely bright, emitting a powerful light. The advantage of laser lights is that they are far smaller and can illuminate the road much further ahead. For now, the technology is quite new and is used only in a few luxury cars worldwide. Let's not forget, it is quite expensive. 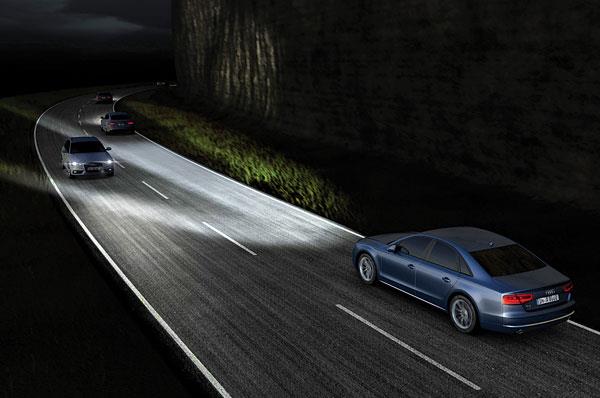 What are cornering lights?
These lights turn on as soon as the steering wheel is turned. So, they provide illumination way before the car does the turn, lighting up the area the driver intends to go. The lights also switch off automatically when the car completes the turn. The lights are either the main units or are separate lamps that light up as needed.

What are digital LED headlights?
Using this system, you can drive with your headlights turned up high. The headlight is capable of shutting select areas of the light depending on the position of oncoming traffic. It is quite helpful as it prevents the car from blinding drivers ahead. This is expensive technology and has been introduced only on select luxury cars in India.

Automobile light technology, just like all other advancements, is evolving at the speed of light. You can expect the tech to trickle down to smaller segments as newer tech keeps coming in. You may be tempted to go in for many aftermarket headlight products available, but make sure you buy from reputed companies. Also, remember to be courteous and use a full beam only when absolutely necessary.