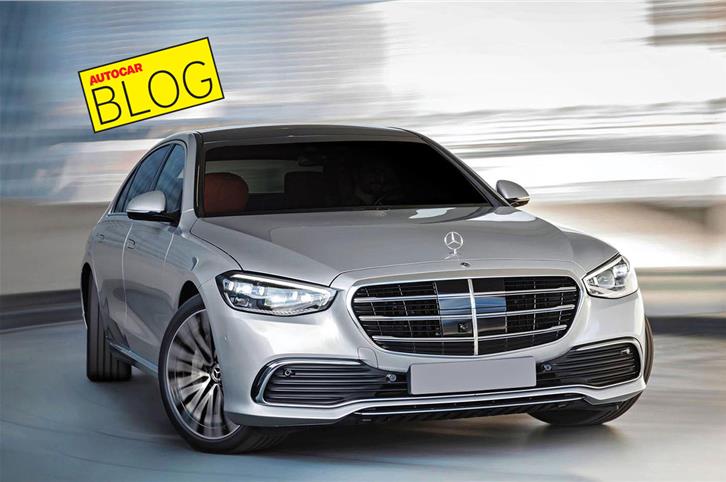 Shapur talks about the new Mercedes S-class' rear-wheel steering and how it's enhanced the driving experience.

Every once in a while, automotive technology takes a giant leap forward; just when you are looking the other way. Case in point the new V223 S-Class. While it may look relatively compact in pictures, the long-wheelbase version I’m driving is a huge seventeen and a half feet long. And that’s only the half of it. Built on an 11-foot-long wheel-base (measure it out), you’d imagine it is something that steers and drives with all the agility of a step ladder. But no, it doesn’t.

Busy on the phone soon after I set off, I come upon a set of deliciously wicked corners that I know well. The subconscious immediately takes over. Synaptic responses being what they are, I’m into the corner before I know it, the car perfectly placed. The turn in is sharp, body control is neat and tidy, and since there’s plenty of grip, I ladle on the power. Still mildly distracted by my thoughts, I attack the next corner with even more gusto. I’m even more aggressive with the quick steering, I carry a lot more speed in, and then, as we sail past the apex, head down and perfectly poised, it hits me: This isn’t a C-Class!

So what’s going on here? Why is the epitome of comfort, refinement and sophistication driving like a car half its size? Is this for real? I go back and drive the corners again, and it only gets more befuddling. Where’s the big jump in ability come from?

Mercedes says it’s all down to the rear-wheel steering. Rear-wheel steering? But that’s been around forever! Merc says the new electric system is much quicker on the draw, it’s more confident since it runs off a lot more data, and it syncs much better (and faster) with other chassis control systems. The engineers can even put a number to it; this car now has an overall steering ratio that’s 15 percent more direct, so the driver needs to turn the steering wheel much less. This, importantly, is only the 4.5deg system; there’s one that does 10 degrees that’s also particularly good at parking speeds.

On more open roads, the system is equally impressive. As you cross 60kph, the system switches from counter- to same-direction steer, and the steering sort of slows down. It isn’t quite as sharp, and that feeling you have of a rudder steering from the back isn’t quite the same, but the S now corners with even more poise. Switch to Comfort, and the star on the bonnet simply glides over the dips and crests in the road like a hovercraft.

It doesn’t ride quite as well as the earlier S did, probably down to the big wheels, and that’s equally surprising, but did I expect the new S to set a new handling benchmark? No way. Can’t wait to drive the full-fat AMG version. What’s that going to be like?