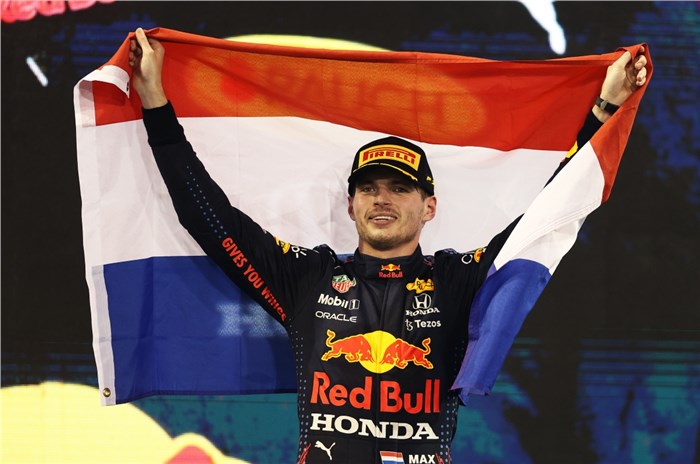 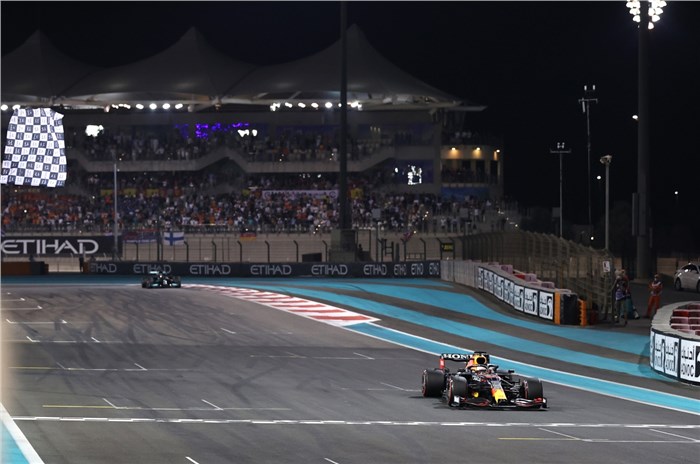 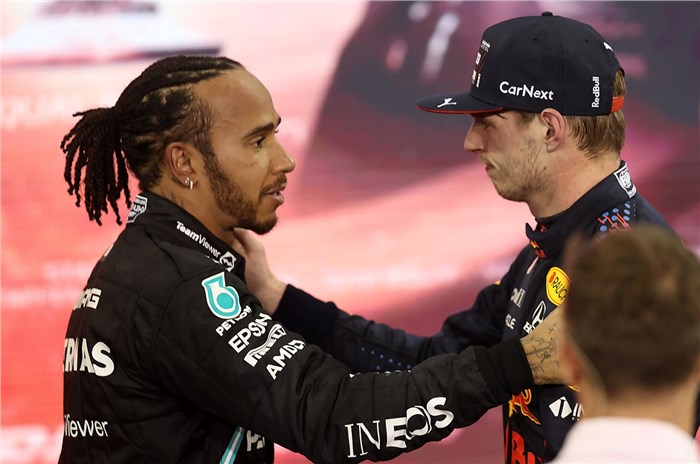 Max Verstappen defeated Lewis Hamilton in what was a nail-biting finish to the 2021 F1 season.

Max Verstappen has claimed his maiden F1 title after overtaking Lewis Hamilton on the very last lap of the thrilling Abu Dhabi GP. The Red Bull Racing driver has also made history in the process – becoming F1’s first-ever Dutch champion.

With several twists and turns, the Abu Dhabi GP served up a finale that surpassed what even the best scriptwriters could have churned out. Verstappen versus Hamilton has been a battle of titans all season long. And, rather fittingly, the title decider came down to one final lap duel between the two after a late Safety Car.

The stewards courted controversy from the opening lap itself. Hamilton jumped Verstappen at the start, but the Red Bull driver shot back, nudging Hamilton off track. Hamilton rejoined the track to keep the lead, prompting Verstappen to state that he should give the place back. However, stewards decided that no investigation was necessary.

Fervent team play from Sergio Perez helped his teammate close the gap to Hamilton, but Mercedes appeared to be the superior car when it came to outright pace. Hamilton was steadily pulling away at the front, but a virtual safety car handed Verstappen his first shot to play with strategy.

While Mercedes opted to leave Hamilton out, Red Bull pitted Verstappen. With 20 laps to go, Verstappen had to overcome a nearly 17-second deficit. But he was armed with fresher tyres, while Hamilton would have to nurse his hard tyres for close to 45 laps.

Verstappen still had a 11-second gap to Hamilton with 10 laps to go. Just when it seemed like Hamilton had one hand on the trophy, Nicholas Latifi crashed with six laps to go, bringing out the Safety Car.

Mercedes didn’t want to lose track position and decided to leave Hamilton out. Verstappen, on the other hand, had nothing to lose and pitted once again for fresh softs. Race director Michael Masi initially stated that lapped drivers won’t be allowed to overtake the Safety Car, to leave enough time for one last lap sprint. The decision would favour Hamilton since there were five lapped drivers between him and Verstappen. However, Masi reversed the call ahead of the final lap, allowing the five drivers to unlap themselves.

Verstappen made full use of his new tyres to pass Hamilton into Turn 5, denying the Briton a record eighth title. It was also a fitting send-off for Red Bull's engine partner Honda. From next year, Red Bull will take over the Japanese firm's F1 engine operations.

"It’s just insane. I mean, my goal when I was little was, of course to become a Formula 1 driver and you hope for wins, to be on the podium. When they play the national anthem you one day hope they play yours and then when you stand here and they tell you [that] you are world champion it is something incredible and special,” said an emotional Verstappen.

The Dutch driver also commended his title rival: "Lewis is an amazing driver, an amazing competitor, he really made it really hard for us and everybody loves to see that. Of course the two teams run against each other and we have tough times, but I think that’s part of the sport, it’s emotion, everyone wants to win. It could have gone either way today, but for sure next year we’ll try again, come back, and hopefully do it all over again."

In what was some consolation, Mercedes sealed the constructors’ title for a record eighth consecutive year. The team had lodged formal protests over the final result, citing a breach of two articles in the Sporting Regulations. However, the FIA has since dismissed both protests.

Unfortunately for Kimi Raikkonen, he had to retire from his final F1 race due to a brake failure. The ‘Iceman’ calls time on an illustrious F1 career spanning 20 years.

What is your take on the controversial Abu Dhabi GP? Tell us in the comments below.