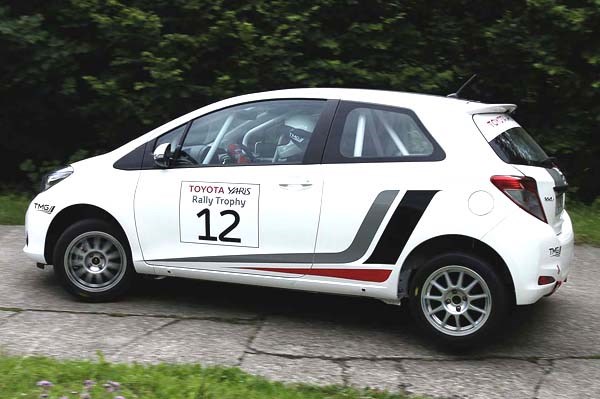 Toyota is building a Yaris World Rally Car as a toe-in-the-water exercise that could presage a full return to the World Rally Championship, according to a report by Autocar UK’s sister publication, Motorsport News.

The report says that the build of the Toyota Yaris WRC prototype, powered by a 1.6-litre turbocharged engine (as dictated by world rallying’s rules), is underway at Toyota Motorsport in Cologne, Germany.

Although the Japanese car giant has expressed an interest in returning to the WRC – in which it won four drivers’ titles and three constructors’ crowns with the Celica GT-Four and the Corolla WRC during the 1990s – it has so far stopped short of committing to a competitive return.

However, Toyota has been steadily increasing its rallying presence, building a run of entry-level Yaris R1 cars last year and recently announcing plans for a GT86 rally machine.

The Yaris WRC is expected to begin testing next year. “This will be a pretty low-key programme, run in order for us to gain experience of the car,” a company spokesman told Motorsport News.

It isn’t clear what impact a rallying return could have on Toyota’s current sports car assault, which is also run out of Cologne. The manufacturer successfully operated top-level rally and sports car programmes in the late 1990s, before turning its full attention to Formula 1 with lacklustre results.